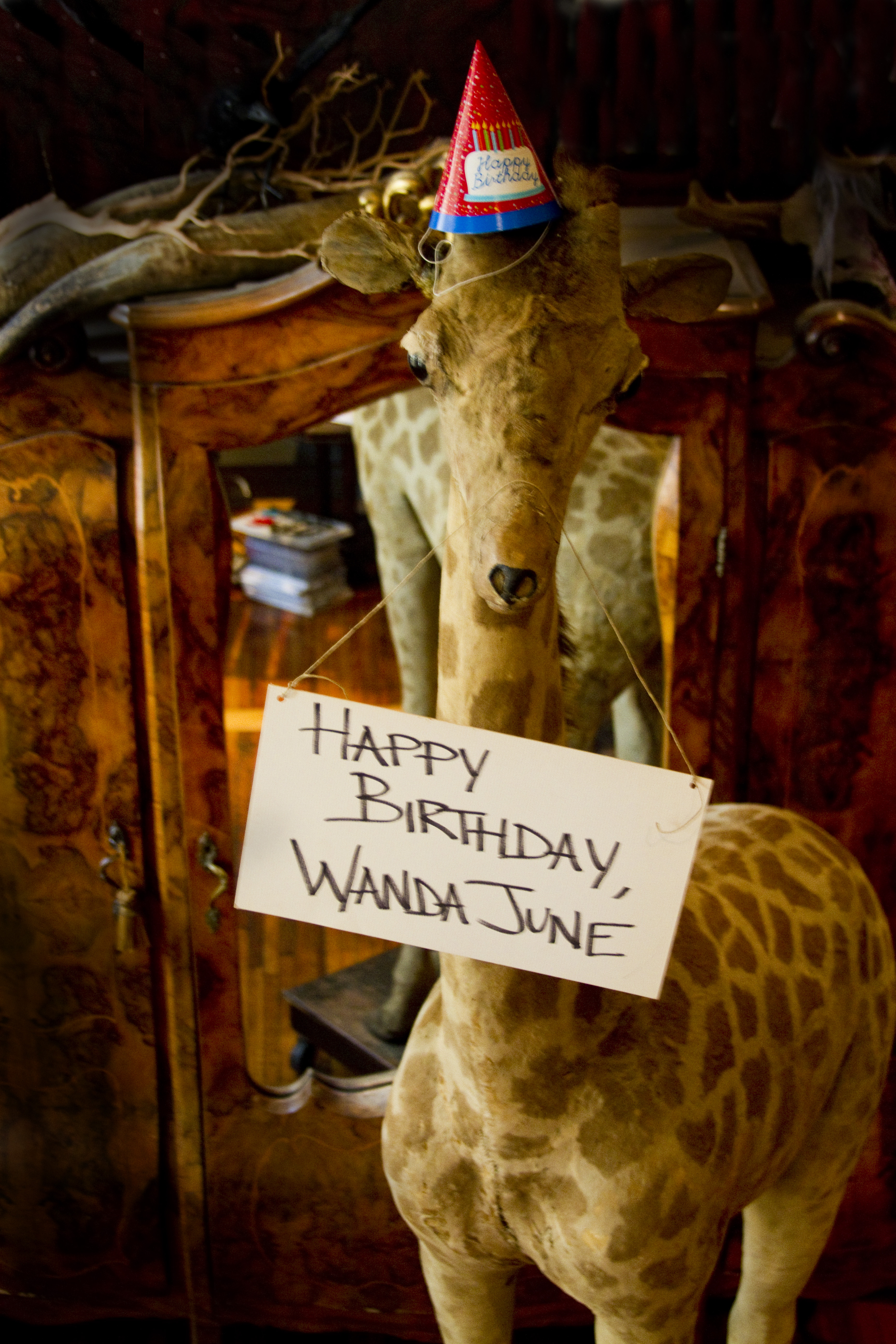 Listen: I’m a Kurt Vonnegut fan, through and through. What follows may include some personal bias. So it goes.

Happy Birthday, Wanda June, Kurt Vonnegut’s one-and-only play, has found a happy home at the cozy Nimbus Theatre in Northeast Minneapolis. Living up to its promise to produce interesting, experimental, and challenging theater in the Twin Cities, the Nimbus Theatre does Vonnegut fans proud.

Written on the heels of Vonnegut’s mega-success Slaughterhouse-Five, Happy Birthday, Wanda June originally opened off-Broadway in 1970. Set in 1960s America, the play is loosely based the Ulysses homecoming story in the Odyssy. While the play begins, “This is a simple-minded play about men who enjoy killing– and those who don’t,” the story is anything but.

Harold Ryan (Kevin Carnahan), a big game hunter and war hero returns home after being presumed dead for several years. A domineering hunter, fighter, and womanizer, Harold prides himself in the perceived masculinity and heroism that comes from killing and fighting in wars. Played with bombastic arrogance, Carnahan’s portrayal of Ryan is as chauvinistic and enraging as it’s meant to be.

Upon his return home, Harold expects the world to be just as he left it: his son Paul (Naveh Shavit-Lonstein) and wife Penelope (Anna Sutheim) two docile and subservient followers of his every command.

To Harold’s disbelief and outrage, his son seems soft and pampered, and his wife is entangled in relationships with men completely opposite of himself. Herb Shuttle (John T. Zeiler) a vacuum cleaner salesman, and their neighbor, a hippie doctor Norbert Woodly (Jeremy S. Wendt) are both vying for Penelope’s affections.

Trying to regain ground in a world that has become distant and unfamiliar, Harold asserts his manhood the best way he knows how, by regaling in war stories, and challenging those around him whom he perceives to be weak: women, children, and peace-seekers.

The only ally Harold has in this world is his slow-witted war buddy, Looseleaf Harper (William P. Studer), a former aviation hero who was given the unpleasant task of dropping the atomic bomb on Nagasaki. Harper stands out as a sympathetic and transformed character against Ryan’s unwavering ways. Studer plays the character with great ease and compassion. Unlike Harold Ryan, Looseleaf Harper knows the world isn’t how he left it and becomes conflicted actions he did or didn’t take.

Between scenes, the lights go dark and the story of Wanda June (Adeline Wendt) plays in vignettes on an old fashioned television. Wanda June is a young girl who was run over and killed by an ice cream truck before she could celebrate her birthday. Herb Shuttle subsequently purchased her birthday cake (prior to Harold returning), in an attempt to win over Penelope’s son Paul, and commemorate his late father’s birthday.

As Wanda June speaks from heaven, she is eerily upbeat and joyful, despite her tragic death. She proclaims that everyone in heaven loves the person who sent them there. Dictators, mass murderers, religious figures, and children are all “playing shuffleboard in heaven,” according to Vonnegut.

The sharp and biting social critique explores the senselessness of war, the meaning of heroism, and its place among American values. Delivered in the simple yet poignant dialogue that could only be penned by Kurt Vonnegut, the strong cast led by director Josh Cragun brings forth a dark and wry presentation of the only play written by one of America’s finest satirists.