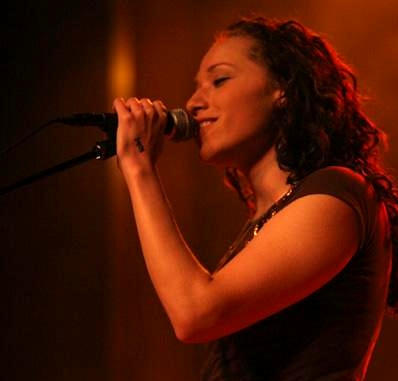 It’s hard to get out of the house, but I wasn’t going to miss Shannon Johnson at the Acadia Cafe, over on the West Bank in Minneapolis. No, sir. Even if I couldn’t stay long (between keeping track of my teenage daughter and meeting deadlines, the night was accounted for) and had to just poke my head in the door. It was brief but beautiful.

Getting the time wrong, I show up a half-hour early and am stuck waiting around for everything to start. Fortunately, ace photographer Walter Griffin is at a table, perusing his work; he invites me over for a look-see. It’s the first time I’ve caught a collection of his pictures and it is exquisite: rich images culled from African and African-American culture. Lot of jazz singers and musicians. After that, I spot the recently brunette Alicia Wiley (who’s performing on the bill) and go over. She doesn’t happen to have her laptop so I can’t share with her a mix of the track we are finishing up out at Winterland. We exchange pleasantries, then I look for a clock. Out of nowhere, Shannon Johnson wends her way through what is fast becoming a packed house. I flag her down. We share a few friendly words. Then, she’s off to finish getting ready to go on and I’m still looking for a clock.

Never much of one for waiting around, I go take a walk down the street, step in somewhere and have a shot on the rocks, then slip outside for a cigarette. Haven’t yet found a clock, but figure it’s got to be reasonably close to showtime. Sure enough, when I get back, Shannon is there onstage, just about to get busy.

She’s an amazing artist. Has this odd, wildly effective rhythm thing and a strong, clear voice—starkly emotive—that can crawl up your spine. Her wizened lyrics hit hard. Take the evening’s opener “Vixen,” which goes, “I am that girl your mother should’ve warned you about/ The kind of girl who will chew you up and spit you right the fuck back out.” And that’s when Johnson is one of her better moods. She followed with “Home,” singing, “It’s getting even later now/ and I’m getting even drunker/ and I don’t have any money for a cab/ and I know that I should go/ But you didn’t see the way he was looking at me/ like we were the only, only ones in the room.” Lucky guy. Just hope he knew what he was letting himself in for.

Last time I saw Shannon, she was with her band Kymara (bass: Nate Cole, keys: Ryan Weber, percussion: Scotty Albrecht) a few years ago at the Varsity Theater (if memory serves, Wiley headlined) and completely mesmerized the crowd. Here at Acadia, solo on acoustic guitar (Mark Jacobson sat in on congas), she wholly compelled. The audience just ate her up—clapping, war-whooping, cheering.

If you weren’t there, go next time. You’ll thank yourself.