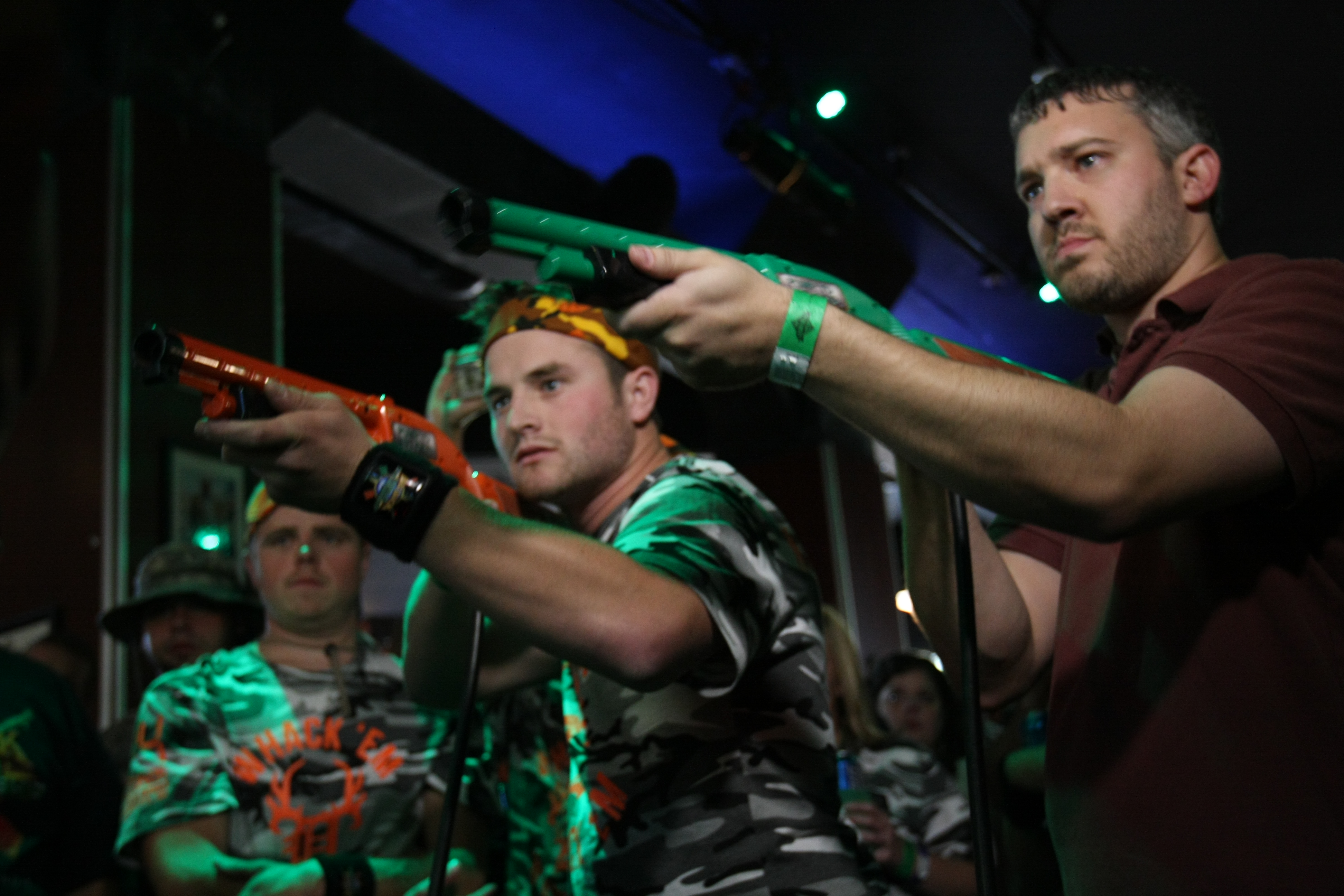 Name: Nick Robbins
Website: “None. I play video games semi-professionally; do you really think I need more to illustrate my nerdiness?”

What’s your job?
“I’m a computer guy, specifically in networking, by day, and a Big Buck asskicker by night.” [Editor’s note: Nick Robbins is the defending Big Buck Hunter world champion, and will defend his championship later this month in New York.]

Other than your job, what are your claims to fame?
“Big buck asskickery, and solid grilling skills.”

What’s your relationship status?
“I have an amazingly patient girlfriend; she only asks that i buy her a purse with every purse I win.”

Where are you most likely to be seen?
“At home—I’m pretty lame. Otherwise I go to suburban bars for Buck Hunter, and bars with kickass beer lists when i want to drink. I’ve become a beer snob in my old age.”

Where are you least likely to be seen?
“A place that only sells Miller Lite, or a place with a broken Big Buck Hunter machine.”

With whom are you most likely to be seen?
“My Big Buck posse: Nicky the P, BigTW, and MC AJohn.”

Where were you born?
“South Dakota. You’d think i’d be better with a real gun than a fake one, but no.”

What neighborhood do you live in now?
“The mean streets of Inver Grove Heights.”

What’s your ride?
“A car. Two minutes on a bike would give me a serious case of the heart attacks…but, the car’s a hybrid!”

What’s the best way for someone to start a conversation with you?
“Buy me a beer or a round of Buck. A good beer, though—a shitty beer won’t work. I’m not that easy.”