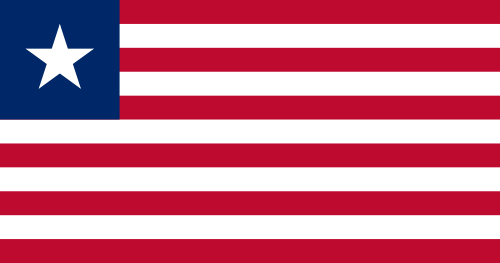 The flag of Liberia

Ten years ago, in the midst of Liberia’s Second Civil War, playwright Cori Thomas accompanied her father to Liberia, where he had been an ambassador prior to the First Liberian Civil War. Thomas and her father, who was 83 and rather ill, journeyed “against all good judgement,” according to Thomas, so that her father could find his brother’s body and bury it, find out if there was a way to get back his land, and see the country one last time. That trip is the basis for Thomas’s autobiographical play Pa’s Hat: Liberian Legacy, which plays at Pillsbury House Theatre from May 28-June 27.

Though Thomas’s father was Liberian, Thomas was actually born in New York, and spent most of her early life traveling with her family as her father took different posts throughout Africa and Europe. She knew Liberia well because her family would return periodically for visits. In 1980, when Thomas was 16 years old, Samuel Doe initiated a coup in Liberia, sparking the First Civil War, which lasted until 1996. “They killed a lot of people,” Thomas said. “They took 13 officials and tied them to posts on the beach.” The public massacre was photographed, and shown on television and magazines throughout the world. One of the victims, President Wiliam Tolbert, was Thomas’s brother’s godfather. Her uncle was also arrested and disappeared, and Thomas said her family never found out how he had died.

If Thomas’s father had been in the country at the time of the coup, he would most likely have been on the beach during the massacre, Thomas said. While he was in the United States, the new government declared him an enemy of the country and seized his land. All of the family savings were lost. “Our status and quality of life changed dramatically,” Thomas said. Instead of attending Sarah Lawrence, where she had intended to go for college, Thomas had to work her way through a less expensive school, Mary Mount Manhattan College, where she ended up studying theater.

Thomas had not wanted to return to Liberia with her father in 2000. At the time, the country was in the midst of its second civil war, but she needed to accompany him to assist with the medicines he had to take. “I was there very reluctantly with him,” she said. One day when they were on their way to visit her grandparents’ graves, Thomas got out of her car to take a picture of the market place, and was almost shot. She said she still remembers the soldier pointing his gun at her, getting closer and closer. “That caused me to take stock of my whole life up until that point,” she said.

When she returned home, Thomas decided that she wanted to write a play about her grandparents, freed slaves who emigrated to Liberia in 1902. Her grandparents were remarkable people who had an amazing legacy, Thomas said, but the play she wrote about them ended up being dreadfully boring. “As I was writing it, what kept flashing in my mind was that soldier getting ready to shoot me. At some point I realized,” she said, “that’s the play I need to write right now: how I got to be standing there, taking stock of my life until that point.” Thomas scrapped her first play and started writing Pa’s Hat. “It just flowed out of me,” she said.

Pa’s Hat has had several staged readings and workshops around the country at such theaters as the Ensemble Studio Theater in New York, the Goodman Theater in Chicago, and the Passage Theatre in New Jersey. The production at the Pillsbury House, directed by Tony Award winning director Marion McClinton, will be the first fully produced production of the work.

One of the actors in the show, Ansa Akyea, lived in Liberia during high school. He too remembers some scary situations, such as the period following the first attempt on President Doe’s life during the first civil war, when Akyea says he remembers people running with guns and shouting in the streets. “We had to stay away from the windows,” Akyea said. He feels that Pa’s Hat is an important play to produce in Minnesota, where there exists an enormous pool of Liberian Immigrants (about 25,000).

Akyea said that under McClinton’s direction, the cast are focusing on the human dynamics of the conflict. They have watched several documentaries as part of their research, and Thomas has been attending rehearsals, serving as a kind of dramaturg for the production. “It’s good to have her in the room,” Akyea said of Thomas. “She’s literally been on the sidelines, answering questions.” Akyea said that for his role, having lived in Liberia helps him with the dialect and understanding the circumstances of the play.

As for Thomas, though she hated Liberia for 20 years, she says she now has a very different attitude. “When I went in 2000, the country was at its worst,” she said. But somehow, the trip made her feel more connected. “I knew it would always be part of me.”