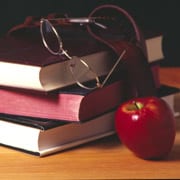 Watch Minnesota 2020’s video interview, “School Choice Shift in Saint Paul,” with Saint Paul Schools Superintendent Valerie Silva. See if you can spot the unexpected but historically resonant revelation. I’ll give you a hint. It’s not found in Supt. Silva’s thoughtful words. Rather, it’s on the bookshelf, over her right shoulder.

In 1995, David Berliner and Bruce Biddle published “The Manufactured Crisis: Myths, Frauds and the Attack on America’s Schools.” It’s a thoughtful examination of early 1990s, anti-public education hysteria. Berliner and Biddle challenge the still-popular notion that America’s public schools are “failing.” They spend some time contemplating who, exactly, benefits from declaring a crisis and why the term “crisis” itself is used inappropriately and inaccurately. Silva has a copy.

Berliner and Biddle are academics. Berliner is an educational psychologist, teaching at Arizona State. Biddle, a psychologist and a sociologist, is a professor emeritus in the University of Missouri’s Sociology Department.

Their book, tucked among Silva’s collection, is a good reminder that bashing public education is a well-established practice. It began about the same time that politically enfranchised workers and small farmers began democratically collecting and spending taxes to educate their sons and daughters. Despite resistance from wealthy elites, the public school tradition transformed America and made it possible for an isolated, land-locked, foul-weather compromised state like Minnesota to become a food processing, high tech manufacturing and service industry center.

I suspect that books like Berliner’s and Biddle’s give Silva and other educators helpful perspective as they grapple with learning’s daily challenges. “The Manufactured Crisis” shouldn’t, however, lull us into accepting the idea that someone will always find fault in public schools. Instead, it’s a reminder that the fight for strong public schools is a never-ending challenge. When we coast, patting ourselves on the back for Minnesota’s impressive school achievements, we open the door for public school bashers to undermine generations of work.

Building strong schools takes hard work, perseverance, professional staff, great teachers, diligent students, invested families and foresightful political and policy leadership. In return, we get a stronger, better Minnesota. But, we have to fight for it.