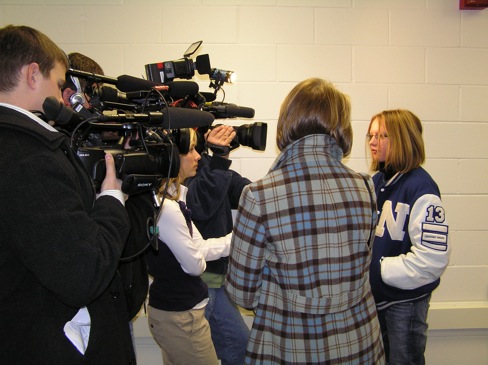 Community members who’ve offered to help the Minneapolis Public Schools’ administration figure out a curriculum and facility that will attract enough students to stay open, stand by to be engaged. In a surprising twist, MPS Superintendent Bernadeia Johnson announced November 4 that a new North High is a possibility.

While she is firm on phasing out North High School’s present program, and not accepting any new 9th graders, Johnosn said the MPS administration will work “in partnership with school and community stakeholders” for several months, “possibly up to a year” to “develop and finalize a design for a high quality school that truly reflects the needs of the community and is in the best interest of students.” The new school could open in fall 2012, though it might not be located at the current North campus.

Johnson said, “after a year of planning and designing, rising ninth graders will have the opportunity to choose North High School again. Having Patrick Henry, Edison, MCP and the new North in place will give families several high-quality choices for high school.” The new school would be phased in and would have its full four grade levels by 2016.

For various reasons, North Minneapolis students have been choosing Patrick Henry, Edison, and suburban schools, rather than North High School, for some years now, in great enough numbers that North’s incoming freshman class numbered only 42 this year and the school enrollment overall is currently 265. 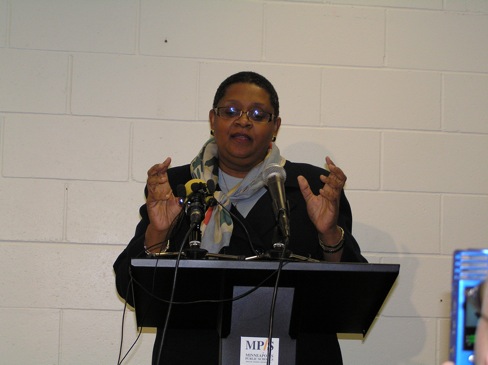 Minneapolis Public Schools Superintendent Bernadeia Johnson said the district will have to rebuild trust with North High School supporters “one action at a time. We can’t do it with words.”

The design team for the new North “will consist of a cross section of stakeholders including alumni, teachers, city and county officials, businesses and students. These individuals will be asked to advise the design process and serve as liaisons between MPS and the broader North Minneapolis community,” Johnson’s statement said. A series of discussions with the community is anticipated, and will go beyond curriculum to also discuss “what happens outside the school.”

Mark Bonine, Associate Superintendent for Zone 1/Area A (North Minneapolis) will be the school district’s lead on the design team. Johnson said he “has been a strong North Side principal who knows the community and understands the issues facing the students and families.”

Johnson said “this will not be easy” and challenged people who have recently shown passion around keeping North High open, to maintain their passion, combine it with research and best practices, and recruit a “strong, proven principal and equip that leader with a talented and dedicated instructional staff.

While Johnson said she has “not created it in a back room by myself” she does have some ideas. She anticipates the school should have an enrollment of about 500 to be viable, and said it would not have to be in the current North High building, though it could be. She referred to principal Beverly Hall in Atlanta as a model of phasing in a new program, and suggested that the group may want to travel to look at examples in other cities.

She said she will be open to having a “guaranteed attendance zone” and said “we didn’t do a good job of telling about transportation,” available to get students from anywhere in the city (except the one-mile walk zone immediately adjacent to the school) bused to North High School free.

Johnson said the problem of excess capacity at more than one city high school should not be “that much of a problem” because the district is “already co-locating programs” in those buildings. Other high schools have an excess of students and need more room. Johnson said there’s good news in that enrollment declines are leveling off, and “we are retaining more families at the transition grades,” the sixth and ninth grades.

Will the community buy it? At the special meeting held at North High School October 18, residents and educators (active and retired) offered help, while others said they had offered help and been rebuffed. “Parents can always be involved” in their child’s education, Johnson said. “Trust is low right now. We will have to rebuild it one action at a time. We can’t do it with words, we have to do it with actions.” She said mentoring and tutoring will be important, and that she has kept all the emails and call records and names from the public forums and “will continue to connect with” those community members. “It is why I am here today. I’m interested in partnering, and am quite excited.” 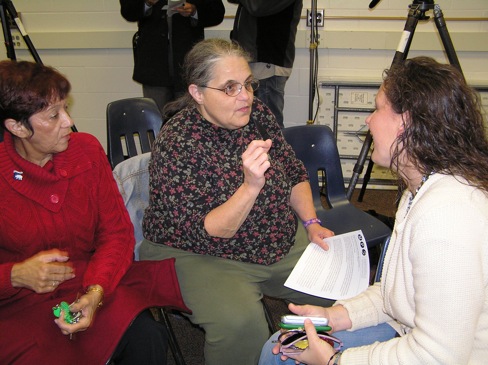 Buzzy Bohn, an educator and parent, told NorthNews, “Southwest, Henry and South have been listed as top schools in the country, we do have it in us.” She said “we sat back let it happen” rather than fighting to keep students, when The Choice Is Yours allowed students from families in poverty choose to go to suburban schools.