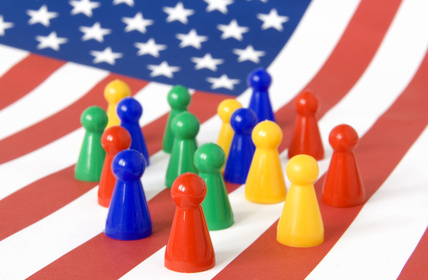 The Challenge: Some say the current recession and higher unemployment mean that we need fewer immigrants and that jobs should be reserved for citizens. Others maintain that the aging U.S. workforce means that we need more immigrants to fill jobs, pay social security taxes and support retiring baby boomers in the coming decades.  There’s an ongoing debate on whether immigrants drag down or build up our economy, and on what values should inform our immigration policy. The only real area of agreement is that our current system is broken, leaving the basic question: How should we fix our immigration system?

Is the best solution:

Of the total immigrant population, about 11 million people are unauthorized immigrants. Most of them entered the country on temporary visas and stayed here after their visas expired, though some crossed the border without visas.

Even before the current recession, some people opposed immigration, saying that immigrants are taking jobs from U.S. workers, that they fail to learn English and assimilate, and that they pose security threats. Others support immigration, saying that the United States is a nation of immigrants, that the aging U.S. workforce needs immigrants, and that immigrant contributions enrich U.S. culture. As you might expect, the two sides also differ on what should happen to immigrants who are already here without legal permission.

Millions of would-be immigrants face a complicated system; for most, there’s simply no possible way to get permission to immigrate to the United States. For the estimated 11-12 million unauthorized immigrants already in the United States, there’s no way to become legal residents or citizens. If caught, they are subject to deportation and to bans on re-entry for years, even if they have U.S. citizen spouses or children.

Most immigrants are here legally, and about 40 percent are naturalized U.S. citizens. The question of immigration laws looms large for many who live in mixed-status families (some with visas, some without) or who want to be reunited with family members who cannot qualify for visas under current laws.

FULL DISCLOSURE: Mary Turck has been an advocate of comprehensive immigration reform for many years.

The case for comprehensive immigration reform

1) Establishing a path to legal residency and citizenship for unauthorized immigrants already in the United States — Provisions for fines, fees, and qualifications vary, but the common element is establishing some way to get in line for a visa.

2) Providing for family reunification and reducing backlogs — Currently, millions of relatives are on visa waiting lists, and some close relatives of U.S. citizens and legal permanent residents can’t even get a place in line.

3) DREAM Act — This would establish a path to citizenship for the many young people who were brought across the border by their parents and have spent most of their lives in this country.

4) Strengthening enforcement at borders and workplaces. 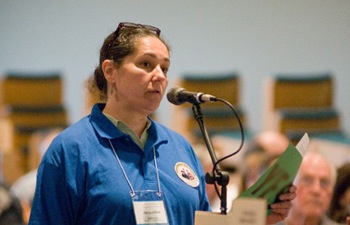 Jacqueline Belzer, a lay pastor at Pueblo de Fe Lutheran Church in West St. Paul, can’t say what a perfect immigration reform would be, but insists the DREAM Act is crucial.

Family reunification and a path to legalization for unauthorized immigrants are also high priorities. An immigrant who is now a proud U.S. citizen, Belzer is trying to get legal status for her 72-year-old mother, who has lived in the United States for most of the past 28 years, but current immigration laws make that very difficult.

Most of all, says Belzer,

The people who want to see us as enemies, they should see us as allies. We can work together to better the economic situation.

We need to be seen as people. It doesn’t matter how I look, how heavy is my accent. I need to be seen as a human being that you can work with on common goals. If those 11 million were unified and got their legal status, we could accomplish a lot. We can be loyal – we are loyal to this country no matter what.

The case for enforcement, criminalization and deportation 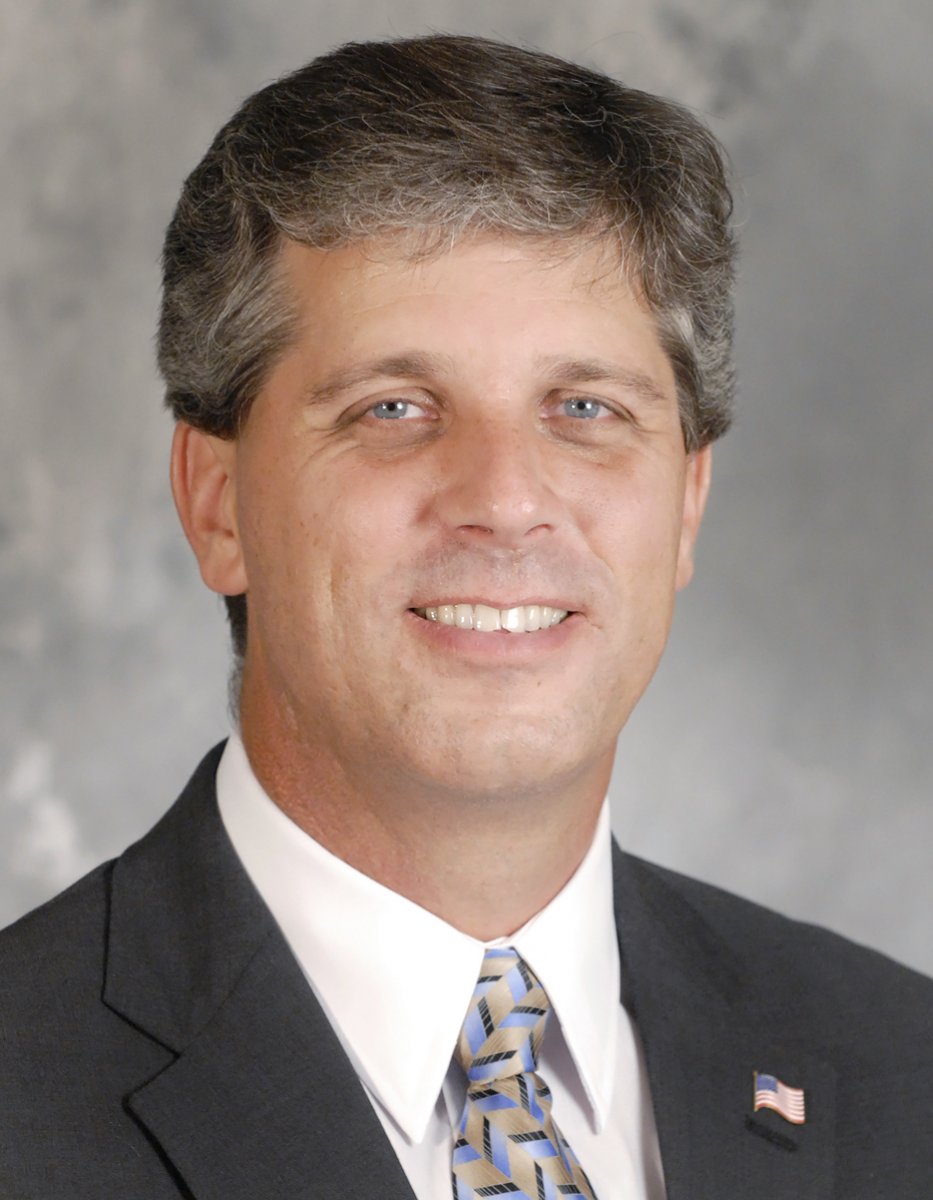 Minnesota Representative Steve Drazkowski believes that the Arizona law is a step in the right direction, and introduced a Minnesota version in 2010. He says that all immigrants who enter the country without documentation are criminals, and faults the federal government for failing to enforce federal immigration laws. Drazkowski says that following the law is most important, but also talks about the economic impact of immigrants:

What we have of course with the additional economic burdens that have been placed on governments at all levels because of the criminal aliens that do come into this country is an exacerbation of state, federal and local budgets because of it.

He believes that government and private employers should use the federal E-verify system to identify unauthorized workers, and that

Over time, if we can remove the incentives that are here for people to be here illegally, they will, number one, stop coming here illegally and may turn around and head back where they came from.

But, he says, “I haven’t thought about what happens to those who remain when we have created an environment that makes it uncomfortable to be illegal.”

The case for changing the immigration system to meet employer needs

Meeting employer needs can mean legalization for unauthorized immigrants who are needed as employees as well as changing the visa system to better accommodate the needs of employers. A recent post from Wilder Foundation outlines the reasons behind this rationale:

As the baby boom generation enters retirement, the workforce is changing dramatically. Currently, for every 1 person of retirement age there are 5 people in their prime working years, age 18 to 64. If current projections hold, by 2030 this “old age dependency ratio” will be cut nearly in half with just under 3 workforce-aged people for every 1 person in their golden years!

This change raises questions like: Will there be enough health care workers to support the aging population? What about tax revenues? For that matter, will there be enough workers (who are both producers and consumers) to fuel continued economic growth in our region? Obviously one of many ways to increase the size of our future workforce is to welcome and educate young immigrants coming to our region.

Jacqueline Belzer points out that, while Latinos are identified as immigrants and often bear the brunt of anti-immigrant sentiments, all immigrant groups share similar problems with the current system. She counts immigrants from many countries in Africa and Asia among her colleagues and friends, and says that they talk about the same problems with family reunification and legal documentation, but quietly. “We don’t hear too much of stories of … people from other places,” she says, “but the stories are there.”

People from different families, different countries, and different parts of the political spectrum struggle with the questions of immigration policy. Perhaps, having thought about the question, you have a new idea or a different approach than those outlined above. Whatever your story and position, we invite you to share your ideas – in the comment section, by sending us an article or opinion essay, and by participating in our community discussions.