There was something about Sparks, the new Bryn Mawr eatery, that brought the old neighborhood diners to mind. The old diners started out as railroad dining cars, or were designed to look like them, but their essential ingredients were stools and a counter, an open kitchen – decades before that concept became trendy – and a short-order menu that  cooked fast on the grill: burgers,  BLTs, eggs, hashbrowns and toast.

At Sparks, once you get past the hip contemporary look and the big-name chef, it’s a very similar story: stools and a counter, and a few booths and tables, wedged close together, and a menu that’s mostly stuff that can be served up fast — but at Sparks, it’s a wood-burning oven that does much of the cooking.

The big name chef is Jon Hunt, who is also chef and co-owner of al Vento and Rinata, which rank among my favorite Italian restaurants in the Twin Cities. At Sparks, Hunt offers a more eclectic menu, ranging from hummus and tzatziki to skirt steak tacos and Texas shrimp cannoli, and of course pizzas, with toppings ranging from prosciutto and egg ($10) to truffle asparagus ($12).

A couple of things happened on my visit that made me a little grumpy. I don’t mind the no-reservations policy; with only about 40 seats in the house (and more out on the patio, weather permitting) they really can’t afford to leave tables empty while waiting for the next party to show up (or not show up, as sometimes happens). Instead, they let you call ahead call ahead up to 30 minutes before your arrival and put your name on a waiting list.

That sounded good to me, but when I called ahead, I was asked to wait just a minute so they could write down my name — and I wound up waiting for about 10 minutes, listening to miscellaneous kitchen noises and conversation before I finally gave up and hung up. In this instance, it didn’t really matter, because when we arrived, we only had to wait a minute or two for a booth, but for the call-ahead policy to work, they are going to have to keep an eye on the phone.

Service was prompt and attentive, but the next moment of aggravation arrived with the arugula and roasted pear salad. Carol doesn’t eat meat (though she does eat seafood) and she was very distressed to discover bits of bacon in her first mouthful. This has happened to us several times recently at local restaurants. With the number of vegetarians on the rise, it seems like common sense to have either the menu or the server alert diners when there is meat in dishes where you might not expect it.

Beyond those minor (for me) annoyances, I liked the dishes we tried at Sparks. The mussels ($8) were plump and tasty, cooked in a lively sofrito broth. I couldn’t detect much truffle flavor in the asparagus and truffle pizza, but I enjoyed it anyway, as much for the puffy crisp crust as for the ingredients. My favorite dish, though, was the ziti with cheese, a crustier reinvention of that old diner favorite, macaroni and cheese. Sparks also offers a nice selection of local craft beers from Harriet, Fulton, Summit and Furthermore, a brewery in Spring Green, WI. The wine list includes about a dozen selections available by the glass ($5-$10) and a bottle list that ranges from an $18 Vinho Verde from Portugal to a $300 Opus One.

There is lots more on the menu that I would like to try, including the baby back ribs ($14), and the lamb merguez, stuffed into a pocket sandwich ($9).

I have also enjoyed a couple of visits to the new Eat Street Social, an offshoot of the popular Northeast Social, which recently moved into the former Tacos Morelos location at 26th and Nicollet. It seem a bit out of place on Eat Street as the only non-ethnic restaurant on a long stretch otherwise occupied by Vietnamese, Malaysian, German, Chinese, Mexican, Egyptian and Thai eateries, but it will soon be joined by Icehouse, a new sandwich joint from the owners of B’wiched in the Minneapolis Warehouse district. The menu offers a typically eclectic gastro-pub fare menu — everything from an Eat Street cheeseburger with fries ($12) to beef carpaccio and pan-seared scallops with sweet breads. 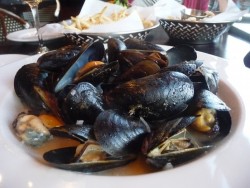 I haven’t tried any of the entrees yet, which range from pappardelle Bolognese ($15) to pan-seared duck breast with pomegranate gastrique ($18) and a grilled sirloin with garlic mashed potatoes ($19), but I have enjoyed all of the smaller dishes I have sampled. Their rendition of mussels and fries, which seem to be on every menu these days, is listed as an appetizer, but both the mussels and the fries are served in quantities generous enough to make for a very filling meal. There were more than two dozen small but plump mussels in my order, prepared in a mild but flavorful broth of white wine, shallots, garlic and thyme. 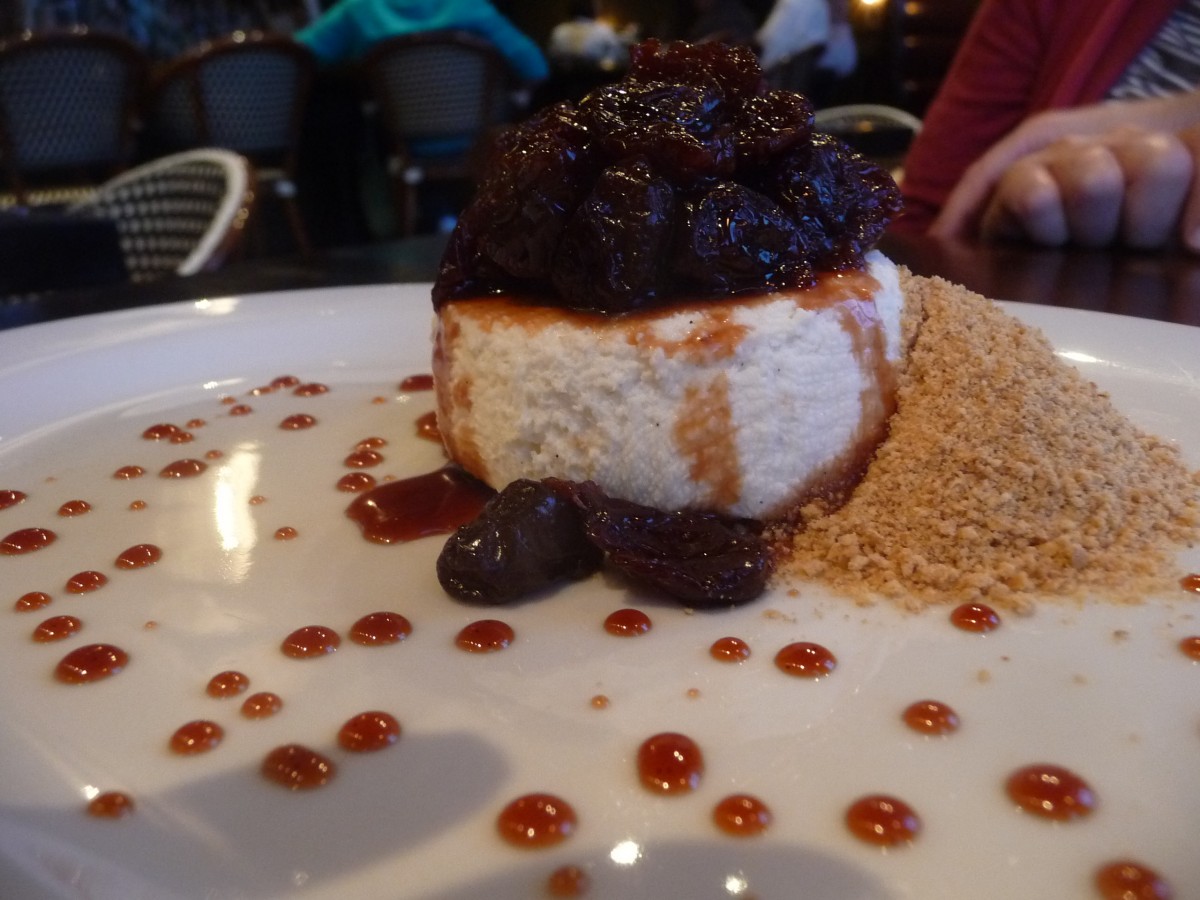 Other dishes were also very satisfying, a smooth but spicy cup of smoked jalapeno tomato soup ($6), and an arugela salad with blood orange vinaigrette and marcona almonds. I have gotten pretty jaded about seared tuna, but the seared tuna sandwich served on sourdough with kimchi and wasabi aioli, was first rate, as were the fries that accompanied it ($12). For dessert, don’t miss the coeur a la creme with dried cherry compote.

I didn’t pay much attention to the wine list, but I have noticed some really interesting and unusual craft brews on the tap beer list, including an intensely hoppy Warlord IPA from McNeill’s and a lighter, very enjoyable 8-Bit Pale Ale from Tallgrass Brewing Company in Manhattan, KS.