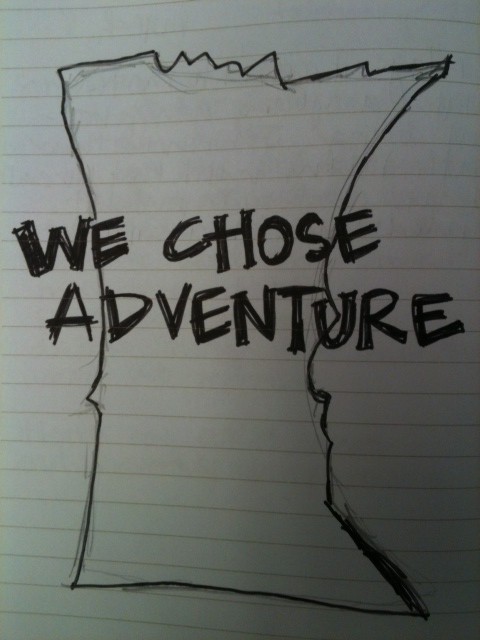 In the October 2012 issue of Mpls.St.Paul Magazine, Adam Platt (who I can only assume is my long lost relative) muses about the tendency for Minnesotans to be self-congratulatory.

“We are suckers for any survey or study that ranks us highly,” he writes. “We’re America’s number [insert 1 or 2 here] city for [insert biking, craft beer, literacy, arts].”

I may not be a true Minnesotan, but I sure am a sucker for those surveys.

We moved here for my husband Yoni’s job. The process to determine where we were moving involved ranking his top three job opportunities. At the final hour, Yoni asked for my help deciding our top choice.

He was stuck between two options: one in Durham, North Carolina and one in Minneapolis. North Carolina was ahead by a small margin, but he just couldn’t choose.

When I began the extensive research process (and by that I mean I Googled both cities), I saw most of the surveys that Adam Platt referenced in his column. And every self-congratulatory blog or article I found, well, they kind of sold me on the Twin Cities. It was partially these lists that made me say to Yoni, “Minnesota will be an adventure… but I think we should try it.”

You have to understand that I’m from Louisiana. A Gallup poll from this summer listed Louisiana as one of the worst states in the country in which to live. As a general rule, Louisiana is 49th> in everything good, and 2nd> in everything bad. Currently, Louisiana is 49th> in overall health, 48th> in high school graduation rate, and the 2nd> most obese state in the nation. Our state motto might as well be: Thank goodness for Mississippi, or else we’d be last.

I’ve lived in Minneapolis for just over four months, and there’s a noticeable improvement living somewhere that comes in first as opposed to somewhere that comes in last. While I completely understand Adam’s point—his column opens with his amazement over how self-congratulatory Minnesota media was about their handful of Olympic athletes—part of me wants to urge him to embrace it. Don’t take the good stuff for granted.

The same goes for you, Jewfolk. Since working in a Jewish environment, I’ve heard offhand comments about the “lack” of Jews in this community. In a recent TC Jewfolk article, Sarah Brammer-Shlay referred to Minnesota as “not quite land of the Jews”.

Being a transplant from the South, also known as “The Bible Belt” or “DEFINITELY not land of the Jews”, I am overwhelmed on a daily basis by the amount of Jewish opportunities in the Twin Cities. You have two Jewish media outlets. I just wrote a press release about one of eleven Jewish authors visiting the Twin Cities to talk about their books. There is an organization devoted solely to promoting art with Jewish themes. You even have a Jewish Humor Festival! Where I moved from, we got our Jewish humor by watching Seinfeld reruns.*

*My husband, who grew up in Shreveport, Louisiana, and feels a particular pride for his city, would want me to say that we actually saw Jerry Seinfeld live at the Shreveport Municipal Auditorium last spring. But that wouldn’t have sounded as good, now would it have?

If you want, I can take you for a trip down south, where I recently had to explain to someone that there are, in fact, people who don’t believe in Jesus. We can do donuts around the empty expanse of pavement that is the synagogue parking lot during the High Holidays. Or you can help me negotiate the world of wedding vendors who don’t quite understand why on Earth someone would be getting married on a Sunday. Maybe we can end the trip at Victoria’s Secret, where I was once allowed to “illegally” use an extra coupon and was told, “Wouldn’t want to Jew you out of any deals!”

I know it’s hypocritical for me to tell you that “it could be worse” when, in actuality, it wasn’t so bad for me. I enjoyed being the authority on Jewish life for my friends. I’ve fed many of my friends their first matzah ball and taught them how to spin a dreidel. Those are experiences I wouldn’t take back. And we may be 49th> in everything, but there are some Louisiana experiences you can’t find anywhere else. (Read: Mardi Gras. Drive-thru daiquiri shops).

But I hope that my two cents helps you appreciate the vibrant community – Jewish and non-Jewish – you are so lucky to be a part of.

Daci Platt spends 99% of her life explaining her name (it’s short for Hadassah) and 1% adjusting to life in Minneapolis. She and her husband Yoni moved from Louisiana in June 2012 and are still trying to understand the appeal of a hot dish. Daci is a writer at the Minneapolis Jewish Federation and enjoys blogging, laughing, and dancing.