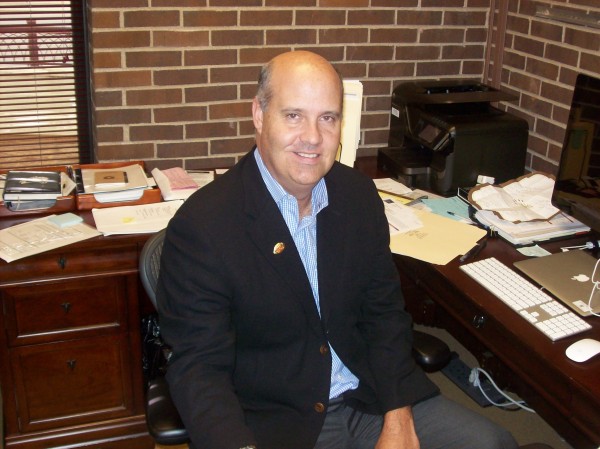 Has the role of today’s big-time college athletic director changed? We recently put that question to Norwood Teague, who was hired in April to succeed Joel Maturi as University of Minnesota athletics director.

“It’s multi-faceted,” explained Teague, formerly the AD at VCU for the past six years, on his new job. “You have to be very cognizant of a lot of different areas.”

Even more so today, the athletic director is more CEO than cheerleader. “[College sports] has become a bigger business and a larger operation. Schools are trying to grow their athletic programs.

“You still are an administrator from a management and hiring standpoint,” Teague continued, “but there is a lot more leadership required in setting a path and a vision in place.” Teague, said that he wants to see “a culture of teamwork and positivity, and definitely compliance” in Gopher athletics.

He also has a reputation for big-money fundraising. Teague raised several millions for VCU’s new basketball training facility, ironically the same kind of facility that Gopher Coach Tubby Smith has been wanting since his arrival in 2007.

“Of course I’ve got to raise money,” said Teague, “but at the same time, you have to be aware of what’s going on in the department. You have to establish relationships with coaches. You’ve got to have a good idea of your compliance area. There are a lot of different departments you have to manage and be on top of it. It’s a lot of work.”

Not unlike any other facet of our society, college sports has its share of problems, but Teague points out, “There is a whole lot more success, a whole lot more good being done than the problems that you see. I’m not diluting the problems — I know we’ve got work to do, and we have the things that need to be changed. But our industry is always a changing deal.”

Save for Associate AD Leo Lewis, the school’s senior staff still is all White. And Teague’s key departments are mainly the same. As a result, we asked his views on diversity, an area in which Gopher athletics administration has been woefully deficient over the years.

“I think it’s a great question,” Teague responded. “Diversity for me is very important. I want to improve it. We have to do a better job in attracting, whether it be former [Black] athletes or [bringing] African Americans into our business.”

He added that one possible problem is that athletic administration, at least starting out, “doesn’t pay a lot. Our industry…is a labor of love — you don’t get rich working in athletics.”

However, Teague has created two senior staff positions — chief of staff, and executive assistant AD — and filled them with two non-Black persons.

“The diversity question is sensitive for me,” he said. “We’ve got to have more African Americans working in athletic departments, and it bothers me when we don’t. I don’t have the solution or a magic bullet right now besides good old-fashioned hard work and recruiting. I always continue to ponder how to do a better job there. I don’t think we have done a good job”

Diversity “always will be high on my radar screen,” pledged Teague.

We also discussed his community outreach philosophy: The Minnesota campus is often seen by the cities’ Black communities as a Carole King song — so far away. The Gopher AD admits that he’s heard similar thoughts as well.

“I’ve asked that question to some former student-athletes who live in the area: How does the Black community feel about the U or about the athletic department? It’s been mixed, a little more positive than negative.

“I hope that the African American kids that grow up in the Twin Cities are fans of the U,” said Teague. “We hope the opportunity works out for them to come here, and not just to play basketball or play sports, but to come here as a student. I think there always are ways that we can do better, and I hope that we will in the next five to 10 years.

“I hope that we continue to grow and do better in outreach,” he said. “But as leader of the department, it’s got to be important that we do that. Whether the athletic department or the U reach out and have a great relationship with the African American community, that’s just the right thing to do.

“If you do work hard on that, it’s a win-win,” concluded Teague.