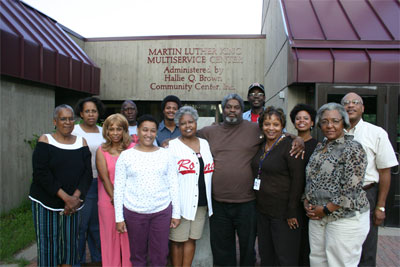 “Our theme this year is ‘Going Back Home,’” says LaVera Daisy, a member of the Rondo Days Inc. Board of Directors, regarding this year’s Rondo Days celebration. This year’s event will be held on Saturday, July 15, at the Martin Luther King Center in St. Paul. “We’re returning to MLK Center, where Rondo Days all started,” Daisy notes.

This summer’s event will mark the celebration’s 23rd year. The event has played a major role in educating the public about the history of St. Paul’s old Rondo community.

Festival events include a Seniors Dinner to be held Thursday, July 13, and the annual Rondo Drill Team Competition that will take place the afternoon of the festival at the Jimmy Griffin Stadium at St. Paul Central High School.

Organizers say that while the festival has experienced some challenges over the last few years, an infusion of new and younger blood on the board of directors, coupled with a good dose of community support, has reinvigorated the organization. “We’ve had some difficulties in the recent past, but the community has really stepped up to the plate this year,” Daisy explains. “We have several young people on the board, and we want more.”

One of the efforts the organization has initiated to help build support for and awareness of the Rondo Days event is the “I Am Rondo” campaign. The campaign aims to engage people in the community by educating them about the history of the Rondo community and building support not only for the event itself, but for a set of core values that exemplify the best of the old neighborhood’s spirit.

The I Am Rondo campaign is especially aimed at young people and new arrivals to the community who never lived in the Rondo neighborhood.


History of Rondo
For the better part of the last century, the area that had Rondo Avenue as its center, bordered on the east and west by Rice Street and Lexington Parkway and on the north and south by University and Iglehart Avenues, was home to the majority of St. Paul’s black population.

The Rondo neighborhood was a tightly knit community of black working people that, according to local historian and Rondo native David Taylor, was “the center of black social and cultural activity in the state well into the 20th Century.” One of the most striking things about the community was the relatively high cultural level of its inhabitants.

“Some of the most influential African Americans have called Rondo home,” says Daisy, highlighting the fact that many African Americans of national and international acclaim hailed from the community. These include such notables as photographer, writer and filmmaker Gordon Parks and civil rights leaders like former NAACP President Roy Wilkins and former National Urban League Director Whitney Young.

“Most of the people who influenced me…did not have college degrees,” says Marvin “Roger” Anderson in a contribution to the recently released book Voices of Rondo (Syren, 2005). Anderson was one of the founders of the Rondo Days celebration.

“They were intelligent men and women…” Anderson recalls. “These men were waiters on the railroad. They were Pullman porters. They worked in the packinghouse. They were shoeshine men. There were deliverymen. They were in the service industry.”

The government destroyed the Rondo community in the early ’60s to make way for Interstate 94. The project was driven through the Rondo neighborhood over the protest of many in the community.

In the wake of I-94 construction, the community expanded southward toward Selby Avenue. New black families migrated to the community from cities and towns across the Midwest, but for many who lived, worked and socialized in the old neighborhood, the scars inflicted by the breakup of the community never fully healed.

Celebration schedule
The Annual Rondo Days Parade will be held the day of the festival. It will begin at 10 am from the St. Peter Claver Church, 1060 W. Central Avenue. It will end at the MLK Park on the corner of Marshall Avenue and Kent Street.