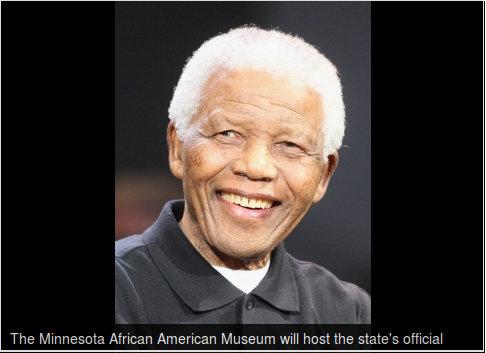 The Minnesota African American Museum (MAAM) has been designated as one of the official United States locations, by South Africa’s embassy, to host in Minnesota the Nelson Mandela International Day celebration on July 18, 2013, from 8:30am to 1pm.

The day seeks to empower communities everywhere in a day of service.

A press release from the museum says volunteers are welcome to come and plant a tree in Mandela at museum. Children will be attending the event from the Northside gardening task force made up of Summer Step-Up youth working with/for Project Sweetie Pie, Afro Eco, and Ejam and Northside Fresh. Also youth from the southside Blaisedell YMCA will be attending the event to plant along with children in the Stevens Neighborhood.

The event is free and open to the public.