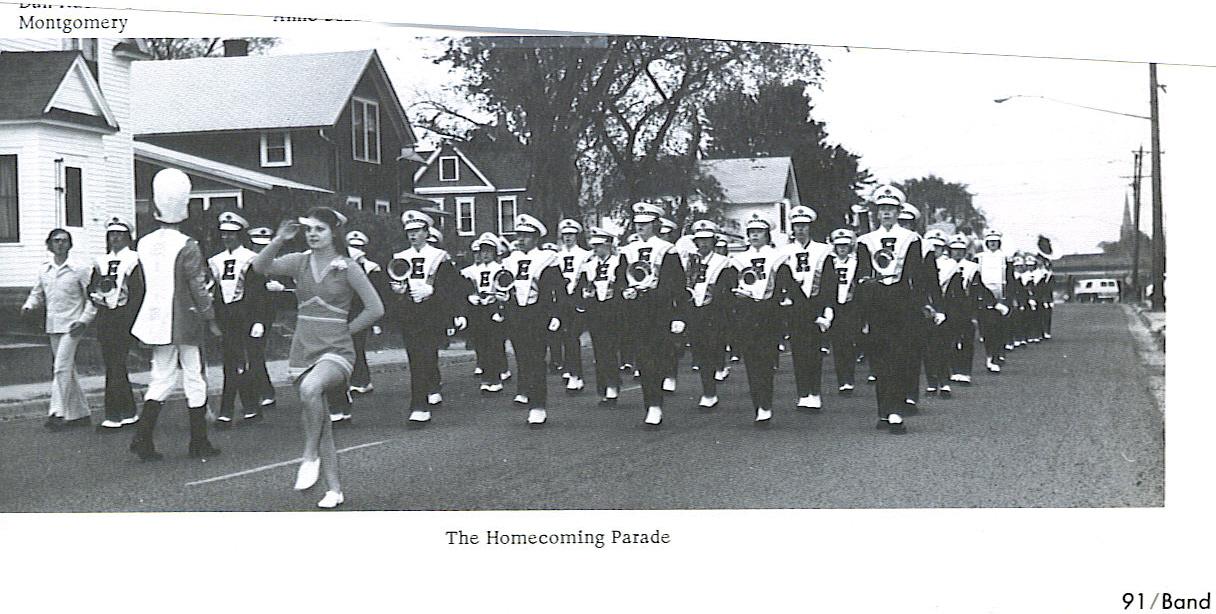 Shun the shuttle, the bling, the sheet music and the graduating trombonists. Think high stepping, casual uniforms, and band music learned in high school. Now you’ve got the picture and sound Edison High School Alumni Marching Band, marching strong in Northeast Minneapolis, throughout the Twin Cities and now on the national scene at the New Orleans Mardi Gras!

If you’ve heard and seen the Band you’ll know it’s like no other. For one thing, it’s livelier – also more musical, more dedicated, and having a whole lot more fun than their juniors.

The band began in the late 1970’s when some recent Edison alums thought it would be great fun to get together and jam. The school’s band director, Bob Stack, went with the flow. They borrowed some flags and drums, got a gig in the Northeast Parade, and polished off some high school favorites – and a community legend was born. Playing the band’s signature song “Basin Street Blues” on the Basin Street was hardly on the agenda in those days. In the early days Band members sported black wool suits, starched white shirts and spats!

Today the band is under the direction of Edison alum and today’s business teacher, golf coach and all-round Edison enthusiast Mike Icarello. Band members come from throughout the neighborhood and from far-flung exurban communities. Not all but most are Edison grads. Though ages are a little hard to determine there is a streak of grey in the group that still high steps while their juniors shuffle and that can blast a horn to be heard for blocks – trust me, I live in Northeast.

Without a doubt the Mardi Gras parades, all three of them back to back, are the highlights of the Alumni Band’s distinguished career. Band members even learned new music for the Mardi Gras festivities. Mike Icarello thinks the alums may have discovered a yet another way of staying young – as if high stepping were not enough – by learning two traditional New Orleans blues songs with arranged scripted just for the instrumentation of the Edison alumni musicians. Though band members usually suit up in casual “uniforms” that look a lot like golfers gear, for the Mardi Gras parade their duded up with Vikings helmets contributed by Murphy-Good Winery of Sonoma, CA – no surprise, the company is run by a former Minnesotan. 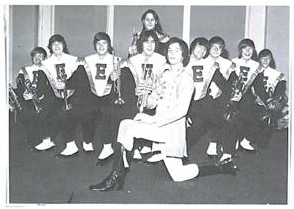 Still, life on the home front keeps the Alumni Band busy – They march in the Aquatennial, the Columbia Heights and St. Anthony Village parades, the St. Patrick’s Day Parade. Though cancellation of the Northeast Parade on June 21 was a major disappointment, the band marches on to the Aquatennial and beyond. When it’s not parade season they play on at high school reunions, community and even family events.

Learn more about the Edison High School Alumni Marching Band on their website – or, better yet, talk to any Edison alum who will be glad to tell the story of one of the unique treasures of Northeast.