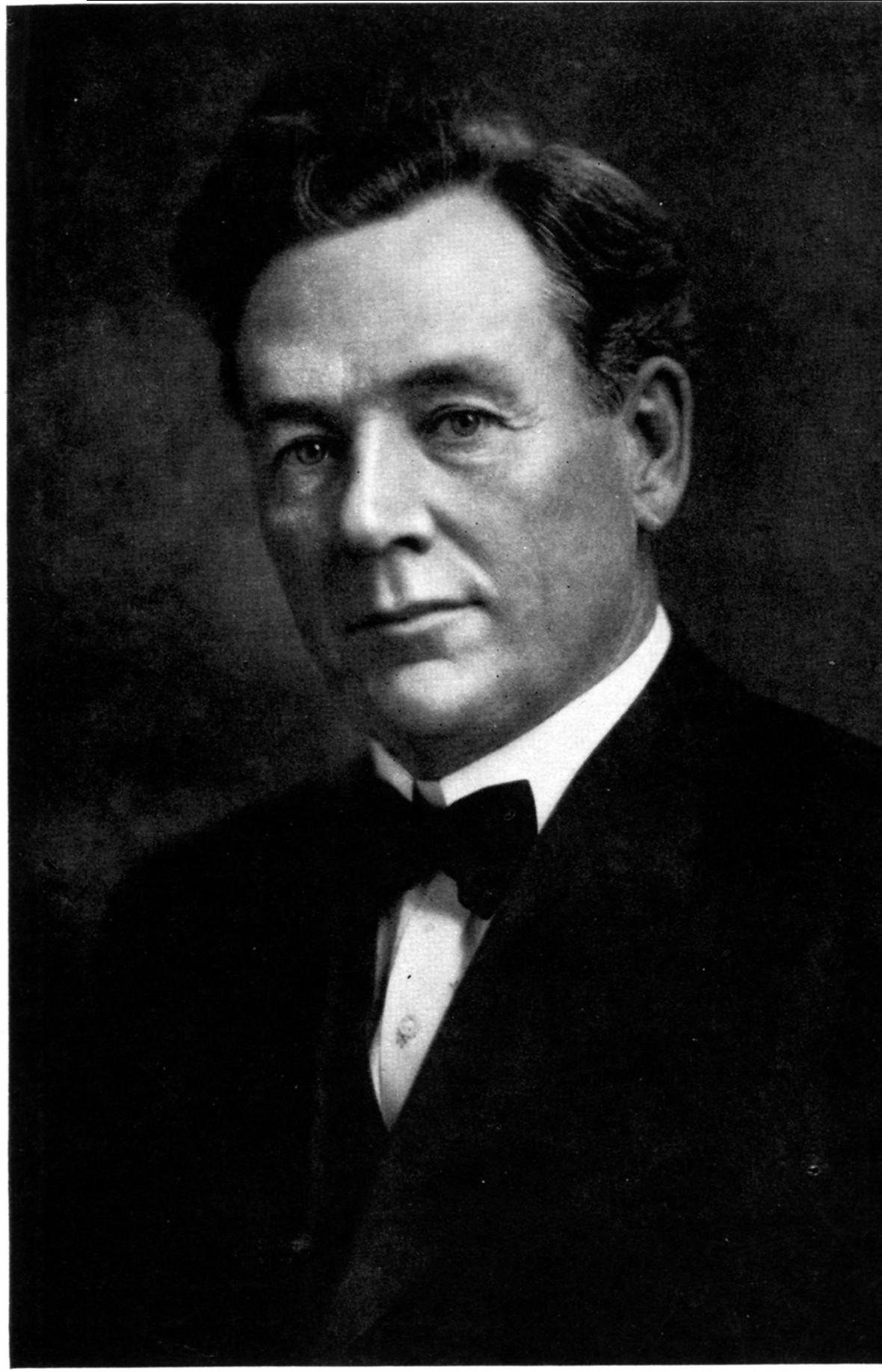 Looking for some summer fun?  Try packing a camera and maybe a snatch of buttery Scandinavian treats for a climb up Norwegian Hill.  It’s on St. Anthony Parkway near Fillmore in the peaceful and shaded depths of Deming Heights Park, a ten acre jewel of the Grand Rounds system.  You’ll be viewing Minneapolis from one of the several vantage points purported to be the city’s highest peak, 963 feet above sea level.  There are, of course, rival claims, including one that Waite Park School at 1800 34th Avenue rests at the pinnacle of the city; other locals aver that Johnson Street NE and 34th Avenue tops Norwegian Hill by a good ten feet! 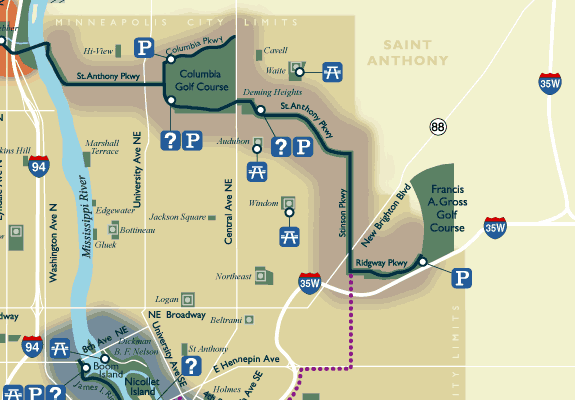 No mind, on a clear day the legendary Norwegian Hill offers a fine opportunity to see forever.  Though one can only surmise the origins of the name of this locally famous pinnacle everyone in Northeast seems to know just where it is and why it’s worth the trip.

The origins of Deming Heights Park are easier to trace.  Portius C. Deming, for whom the park is named, was a park commissioner in the last years of the 19th Century and again from 1909-1919..  When the land for St. Anthony Parkway, including today’s Deming Heights, was acquired in 1913 the park was first known as Grandview Park.  It appears that Commissioner Deming thought the name aptly described the panorama.  Apt as that name may have been, the elegant wooded area was re-named to honor the commissioner himself when he died in 1930. 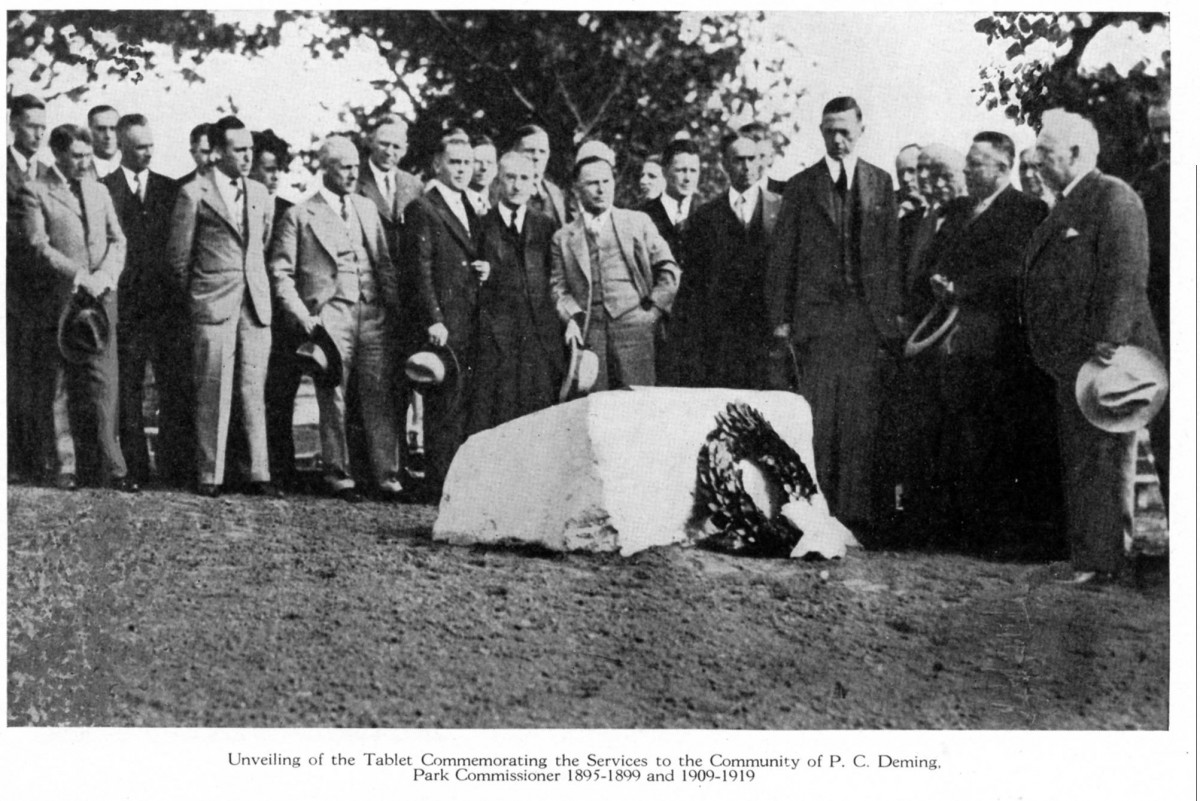 The recognition reflects Commissioner Deming’s commitment to the development of the city, particularly his persistent support of the North and Northeast sections of the Grand Rounds.  Capturing the vision of the commissioners and the genius of landscape architect Horace Cleveland with the informed support of community leaders Charles Loring and William Folwell the Grand Rounds thrive today as a hallmark of the City of Lakes.

Suffice to say, Portius Deming deserves the naming honor conferred on him.  Construction of the Grand Rounds is a story of vision, yes, but also of intense politics, bartering, badgering, public/private sector negotiation, finances, land acquisition/donation, weather, equipment and more. This snippet from the definitive history of the parkway areas of Minneapolis offers a glimpse of the day-to-day business with which Deming and his fellow commissioners grappled.