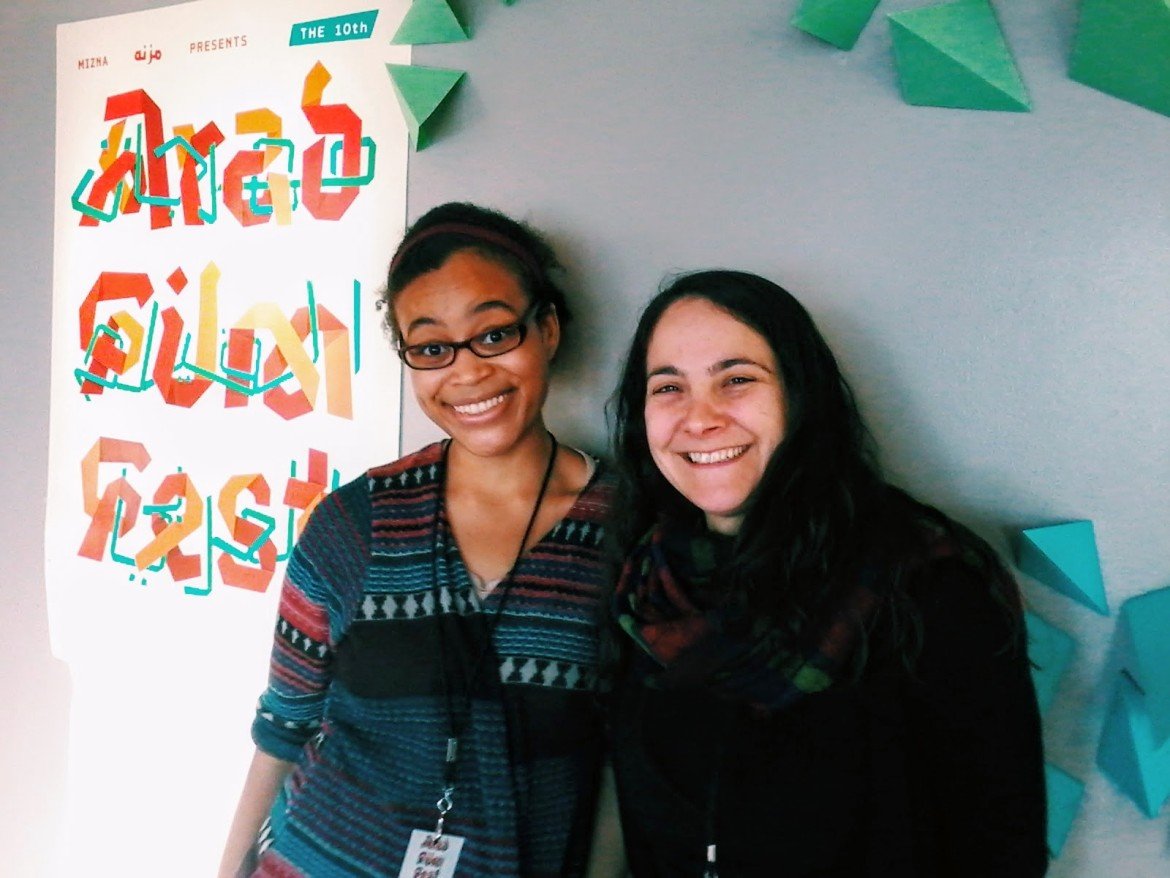 “I learned about Palestine through stories, like a fairy tale,” one of the interviewees reminisced in the live-action-and-mixed-animation documentary, “The Wanted 18,” about a Palestinian town’s quest for self-determination at the beginning of the intifada and the absurd lengths the Israeli government and military went through to stop it, featured at Mizna’s 10th annual Arab Film Fest (AFF) at the St. Anthony Main Theatre earlier this month.

Valerie Deus, the programmer and public relations maven of the Minneapolis Underground Film Festival (MUFF), said something similar last month when she, her husband Mark Hanson, who’s the festival director and senior programmer, and their team held their event at the same movie venue. She said she learned how to understand the stories of United States through film as “an immigrant kid.”

“[Film] means everything [to me],” Deus, whose family emigrated from Haiti to New York City, explained. “I mean, who was going to show me? I didn’t have anyone else to show me.”

And film, along with other pop culture media like music, is how immigrants learned English in order to gain access to U.S. culture–specifically its meaning and how to navigate it, Deus commented. But that access wasn’t always a full one.

“My first movie was ‘King Kong’ in 1978, when I was four. My second movie was ‘Animal House.’ I went with my mom because she thought it would be about farm animals. And I remember leaving during the toga party [scene]. She said that it was the wrong movie for us. She felt betrayed by the culture because she wondered what kind of culture would let you walk into [such] a movie with a child and not tell you it’s not for them.”

Deus witnesses that same kind of betrayal now with regard to the film industry’s lack of diversity, especially behind the camera.

“I’ve been hearing the same excuses about finding [talent to helm films] all my life. There are qualified bodies all over the place. But you’d rather slaughter them than have them [do film]. So, I feel it’s my job to get these people out there, to experience these stories, to see these films.”

“Coming from New York, there’s an audience for [these films there],” Deus said. “But nobody sees them [in the Twin Cities]. I needed to bring these films here so that people can have a bigger view of what’s happening in the world. I run into that a lot with my students [at Minneapolis Community and Technical College] – they don’t realize how big the world really is, what is really possible.”

The AFF serves a similar world-widening function, said Michelle Baroody, the festival’s curator. It exposes non-Arab Minnesotans to the richly varied spiritual, cultural, and physical place that is the Middle East.

“We’re fighting against this overdetermined narrative that the Arab world is [only full of] billionaires, belly dancers and bombers,” Baroody said. And the last stereotype that’s become most prevalent in movies and the larger popular culture since 9/11, with TV shows like “24” and “Homeland.”

And it’s the “terrorist” trope–along with hubristic ignorance like when the “Homeland” producers didn’t think to hire a consultant who could understand Arabic, Baroody observed–that gave University of Minnesota and Macalester alumna Heba Amin and two other artists the motivation and chance to “culture hack” the show. They wrote, “Homeland is a joke, and it didn’t make us laugh” and “Homeland is racist,” on the walls that the show hired them to decorate.

Ironically, Baroody stated, the AFF itself had to contend with the aforementioned “threatening” narrative. This year, the festival held a fundraiser for Syrian refugees in response to their current immigration crisis. However, when people tried to use a credit card to donate, their payments wouldn’t go through. When the organizers removed the word “Syrian” from the fundraiser description, the payments were successful. “We were flagged,” Baroody commented. When asked who did it, all she said was “an organization.”

“This just lets me know the [AFF] is more necessary than ever,” Baroody said.

MUFF and AFF not only serve as way to bring national and international conversations to the Twin Cities through film, but also become a way to form solidarity with national and international movements. In particular, Baroody commented that, considering the rampant Islamophobia unleashed since 9/11, she finds common cause with Black Lives Matter fighting against anti-Black racism.

The solidarity also makes sense in light of the particular shade of post-9/11 Islamophobia. This latest form now racialized Muslims as a “brown threat,” from as recently as Jodie Burchard-Risch, a white Minnesotan, allegedly attacking Asma Jama, a Somali Muslimah, at Applebee’s for speaking Swahili to the media reports about the Paris bombings blaming Muslims and the anticipated blowback. As Jehanzeb Dar explains on his blog, Muslim Reverie:

However, what is also true is that Islam is racialized by the ideology of white supremacy, which means Muslims are cast as threatening racial Others … The key word here is racialization, where racial characteristics and racist attitudes are assigned to groups and religions that are not races. No, Islam is not a race, but it is constructed as a race and the manner in which it is demonized is an extremely racial process.

We see this sharp contrast in mainstream western media representations of Islam and Muslims.  Muslim men are consistently seen as dangerous brown-skinned and bearded men holding assault rifles, rioting in the streets, shouting “Allahu akbar,” and burning an American or Israeli flag.  Through this same lens, Muslim women are seen as veiled, oppressed, and sometimes dangerous, but also as victimized bodies that need to be rescued by western imperialist intervention. Through this racialization process, racism surfaces to demonize Islam and Muslims and treats them as “threats” that need to be exterminated.

In fact, Baroody said, she wished she had connected with the local chapters Black Lives Matter for the AFF.

“You need to see lots of things are possible. The festival serves a community of support for the filmmakers,” Deus said about MUFF. And, in several ways, both events serve as a community for the rest of us.