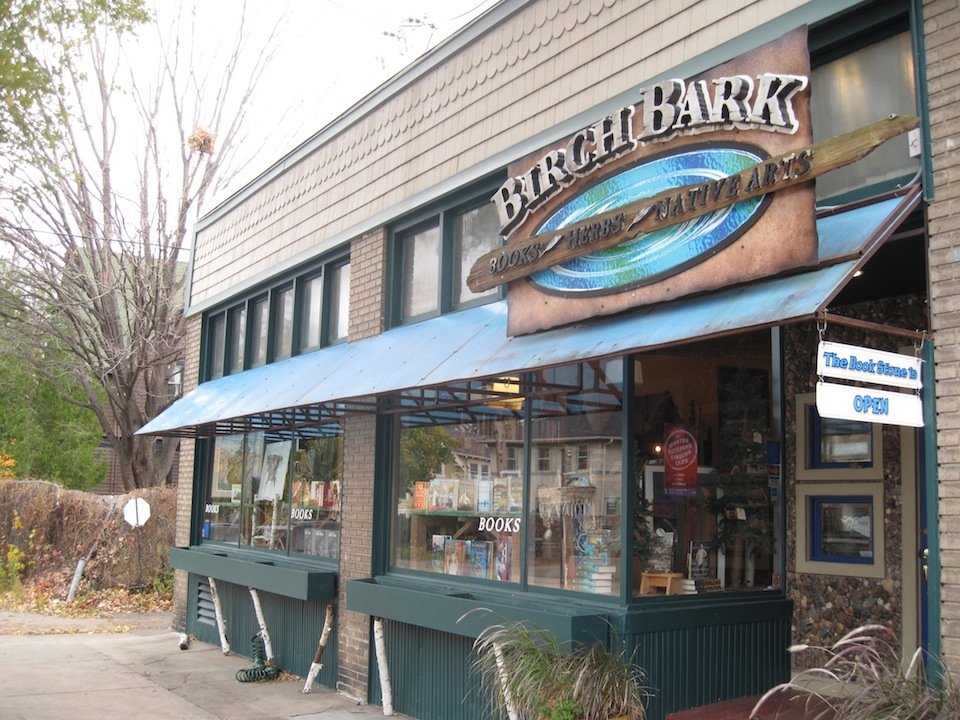 There has been quite a bit of buzz recently about Native American writers, particularly with the landmark production of Native writer Louise Erdrich’s Master Butchers Singing Club at the Guthrie Theater. In fact, the Native writing scene here in the Twin Cities has been going strong for quite some time due to a tight, supportive network of artists who encourage and support each other, combined with a number of institutions that have been fostering Native voices.

Later this month Louise Erdrich’s sister, Heid, who writes in a number of different genres including poetry and plays, is having her play produced by Pangea World Theater at Intermedia Arts as part of the Indigenous Voices series. Heid wrote the play in 2005 and has been workshopping it for five years. The piece uses historical documents to create the dialogue about an Anishinabe man who went to Europe in the 1840s.

Heid said that there are both formal and informal aspects to the Native writing community locally. There are organized writing groups, such as the TGI Frybread writing group sponsored by The Loft, while at the same time there are personal relationships that Native writers build with each other. There are “literary friendships that support each other’s work and have for many years,” she said.

One great thing about the Twin Cities, she said, is that there are a number institutions—publication houses and theaters, for example—that are particularly supportive of Native writers. For example, Milkweed Editions has a new book out by Eric Gansworth called Extra Indians. Holy Cow Press and Coffee House Press also have typically supported Native writers, as have some local periodicals, such as the specifically Native Yellow Medicine Review and Loon Feather Press.

Birchbark Books, a bookstore owned by Louise Erdrich, gives special emphasis to Native voices. Located in Minneapolis’s Kenwood neighborhood, the bookstore is one of the few bookstores in the country that are as devoted to authentic and traditional Native American writers, according to store manager Susan White. “We try to be purist about it,” she said. According to White, “If you are a Native writer and you are in the United States remotely near the Midwest, you come here and do an event.”

Birchbark’s publishing house, Wigwassi Press, has three books currently in distribution: one by Jim Clark, which contains stories in English and Anishinabe; one by Anton Treuer, which is written entirely in the Anishinabe language; and most recently they have published Awesiinyensag, a book of stories by various Anishinabe authors.

Besides the bookstore, Native American writing groups provide an opportunity for Native writers to get together and support each other’s work. Ardie Medina, associate development director at The Loft Literary Center, has run TGI Frybread, the Native writers’ group at the loft since February of 2008. The idea for the group came about at a gala called Moonlit Bridge, which celebrated the end of the executive directorship of Linda Myers and welcomed Jocelyn Hale to the position. At one of the tables at the gala, a number of people involved in the Loft’s Native American Inroads program were gathered, and they had so much fun together that they decided to get together on a regular bases. The group currently has a mailing list of about 25-30, with about seven who meet regularly. The group workshops poems and stories, and sometimes engages in crafts as well.

Medina said that having a specifically Native American writing group is helpful because she gets to workshop ideas with an audience that understands where she is coming from. “There is no need to explain,” she said, “because they have had the same experiences that I have.”

Even for those Native Americans living outside the Twin Cities, Minneapolis and St. Paul act as a pulse for the Native writing community. Linda LeGarde Grover, who lives in Duluth and whose novel The Dance Boots recently was awarded the Flannery O’Connor award, said that “even though we don’t have a Native writers group up here, I feel a lot of support from the metro area.”  The Erdrich sisters, Marcie Rendon, and others have supported each other tremendously, even if they don’t all see each other very often. “Their hearts and spirits are supporting me,” she said.

In Duluth, LeGarde said there are less formal Native American writing groups. “I have preferred more one-on-one communications with other Anishinabe writers,” she said. LeGarde teaches American Indian Studies at UMD, and she is truly touched when she gets the opportunity to view a young person’s work. “Our role, for those of us who are not beginning writers, is to encourage writing for those who are interested,” she said.

She also likes to integrate what she does as a writer with what she does to help the community. For example, she recently read an excerpt of her novel at a gala fundraiser for domestic abuse interventions programs, some of which specifically focused on Native American women.

For LeGarde, her Anishinabe culture has a strong tradition of storytelling, entertainment, and spiritual traditions. Anishinabe people, she said, have a strong oral tradition, so many Anishinabe writers ground their work in those roots.

Theater is also an avenue where Native voices can be heard. Navajo Playwright Rhiana Yazzie has received a lot of recognition in the few years from theater companies such as Mixed Blood, Teatro del Pueblo, and the Playwrights’ Center, where she is currently a Jerome Fellow. Yazzie decided that she wanted to start a specifically Native American theater company to foster and support Native voices, and New Native Theater was founded in January of this year. The theater company has conducted several readings celebrating Native authors and also comedy events.  The company plans to produce its first full production at the end of this year. The company aims to nurture Native artists, connect to the community, and “heal the wounds in the colonial narrative and in Native America’s personal stories through theatre,” according to its website.

The first production by NNT, for which they received funding from the Metropolitan Regional Arts Council, will be a community-created piece premiering in December. The creation of the play involves workshops with community members and professional actors. The process will use the Cornerstone Theater model, which aims to bring theater to people who have never experienced it, Yazzie said.

The play in December will be about dreams. Yazzie said that a few years ago, a friend of hers told her about a dream in which she was pushed out of her home. Yazzie said she thought it was weird because she had often had a similar dream. The play therefore will be “an investigation into what our Native community is dreaming,” Yazzie said. She hopes that holding workshops and connecting with the community will be a way “put another angle on our experience,” she said, “an angle that no one ever thinks about.”

Yazzie said that she doesn’t just want to do theater the same old way. “I don’t want to just have the same old nonprofit machine and paint it red,” she said. “That won’t work in our community. Our community has specific needs and experiences.” Therefore NNT’s artists will be more engaged in the community involve the community in our artwork, according to Yazzie.

Another playwright, Marcie Rendon, who is enrolled in the White Earth reservation, has lived in the Twin Cities since 1978. She said the Twin Cities was great for Native writers both because of the Native American writing community but also because of the great writing community in general. Rendon said she’s friends with a lot of Native writers, but she isn’t attached to a particular group or organization. In the past she belonged to a writing group run by Juanita Espinoza, from the Native Arts Circle, which she found very supportive.

Rendon has written for Child’s Play Theater (now Stages Theatre Company, in Hopkins), Patrick’s Cabaret, various Fringe Festival shows, and Eye of the Storm. One challenge, she said, as a Native playwright, is that “there is some thinking about what an Indian play is or what Indian theater is. Either people want us to write mythological kinds of pieces, or a tokenized view point.”

This weekend, Rendon will perform in True Ghost Stories, presented by Spirit in the House, at the Black Forest Inn. One of the writers she will be performing with is Bobby Wilson, a young man with many talents including street art, painting, graphic art, comedy, and spoken word.

Wilson said that as a young Native man, his heritage is “kind of the root of all the work that I do.”

Wilson said that what makes Native American spoken word artists unique is their content, which—as with much spoken word—remains largely based in hip hop and African-American rhythms. In all the art that he creates, Wilson’s greatest mentors have been African-American or Hmong. There’s a tendency to gravitate toward African American styles, he said, because both communities are rooted in a voice of struggle. “In such a black and white society,” he said, “one feels like they have to choose they have to act like.”

LeGarde also sees connections between Native literature and the stories of other communities. She feels particularly honored to receive the Flannery O’Connor award, she said, because just as O’Connor told “the big story” of the American South, LeGarde writes of the “big story” of the Anishinabe people. “The people in my stories are part of a collective story.”