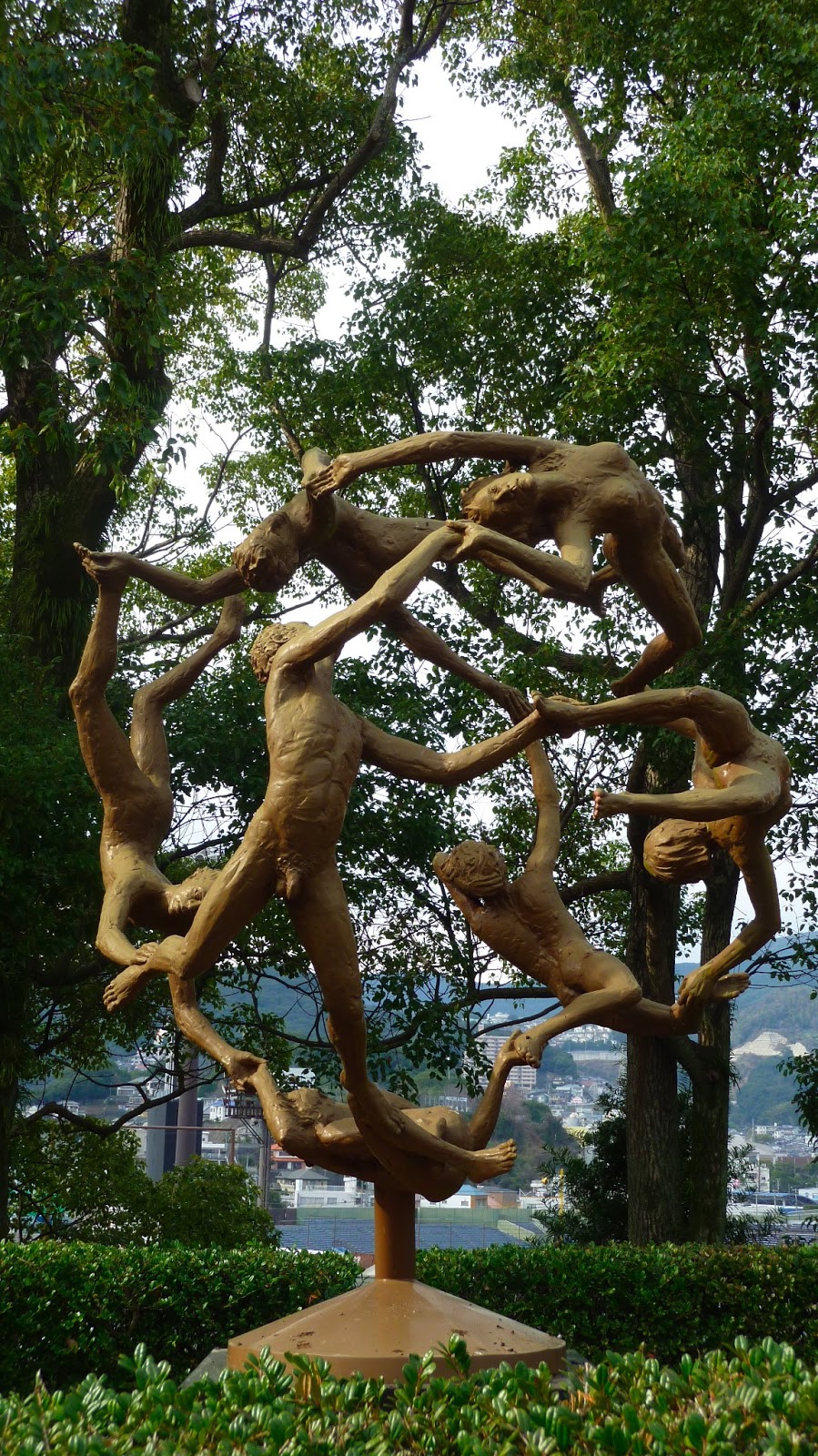 At the Atomic Bomb Museum in Nagasaki, Japan, hundreds of multicolored paper cranes symbolizing peace and unity line the wall across from the coat check. Downstairs in the exhibition hall are plenty of objects representing war, hate, pain, suffering, and death. Although the story of the Atomic Bomb in Nagasaki is part of world history, it was Americans who built and dropped the A-bomb. Walking through the exhibition and learning about the incredible destruction of the Atomic Bomb is a profoundly American experience.

The focus of the museum is factual, and the facts are horrifying. It is the duty of every person to understand her nation’s legacy and history, and every American is connected to this story. Scores and scores of people died from the bomb, but each museum object tells the story of just one person, such as a schoolgirl’s twisted metal lunchbox, her name still visible on the bottom. Dealing with the weight of what I learned and saw at the museum is a difficult task. I felt overwhelmed, I felt responsible, I wanted to justify it, and I also felt sick at trying to justify such an event.

Next to the Atomic Bomb Museum is a Peace Park, located on the spot of the bomb’s hypocenter. There are peace memorials from various cities and countries scattered throughout the park, and a large fountain in the center dedicated to all those who died of thirst (from burns and as a consequence of radiation sickness).

I wandered through the park feeling hollow and confused, struggling to reconcile myself with where I was. On a small path behind the fountain, I came across a sculpture of seven figures holding each other up in the shape of a sphere. The inscription said the figures represented the seven continents, connected and in solidarity with one another. It was donated by Nagasaki’s first sister city, St. Paul, Minnesota.

When I saw this sculpture, the only one in the park from an American city, I felt as if a weight had been lifted off my chest. I felt that, although I was part of the pain and suffering of Nagasaki, I was also part of creating peace. The story before me is complex, muddled, and long. But seeing that little piece of home in the Nagasaki Peace Park was all that I could have asked for that day.