An anonymous guest post in opposition to the Minnesota Marriage Amendment from a reader at wantmarriageequality@gmail.com:

As part of a community-building initiative at my synagogue, we were asked to think about an issue that we care deeply about, one which might keep us up at night. I immediately thought about how little my partner and I have been able to save for college for our children, who are now in high school. Instead of saving, we have had to spend what amounts to our kids’ college costs on medical insurance and health care over the years–simply because we cannot be legally married.

My beloved and I met in 1974 when we were 16 years old, in an Advanced Placement American history class in a suburban high school. We became friends and fell passionately in love, which surprised and terrified both of us. Back in the 1970’s, the newspapers did not mention gay people, and no TV shows had openly gay characters. We wouldn’t have known that lesbians existed if it weren’t for hearing put-down jokes people told, and we mainly knew that gay men existed because, of course, we’d been to hair-dressers in our lives (my partner’s joke). Neither one of us had heard of the fledgling out GLBT community nor had we any role models for being able to live a loving life together. 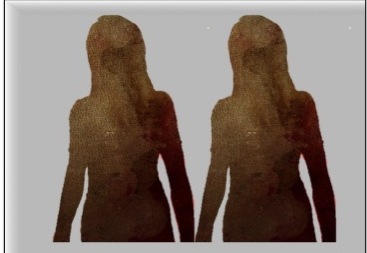 For six years we were secret lovers, dating guys and keeping our relationship hidden. We went to separate colleges for two years, staying lovers, sending each other letters all the time, but assuming that, at some point, we would have to lose each other and marry men. Finally, when we thankfully met other gay people and found out about the GLBT community, we started coming out to people in our lives and envisioning a future together. My partner transferred to my college, although we stayed closeted awhile longer.

We eventually moved in together, and in 1983 decided to have a “commitment ceremony”—the closest thing available to getting married. That was before any rabbis could marry same-sex partners and keep their jobs. We had heard of a rabbi who performed a same-sex ceremony at a hotel but then was fired by his synagogue. Unlike nowadays, in 1983, no synagogue in town would let us use a chapel or even rent a social hall to hold our ceremony. (Nowadays, all Reform and many Conservative rabbis perform weddings for same-sex couples and they decry civil laws that limit their power to bestow these couples with the same legal benefits that their opposite sex congregants receive.) 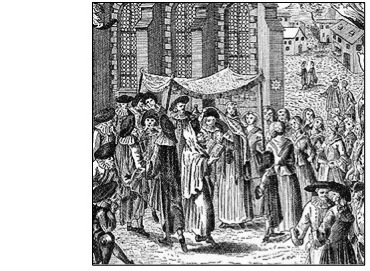 My wife and I had a beautiful ceremony honoring our love and commitment to each other, complete with a chuppah made by our friends, the sheva b’rachim (seven blessings circling each other), and 83 guests. One wonderful memory was of my Baubie baking my favorite mandel breit and poppyseed cookies for the reception, and giving me a big hug after the ceremony ended, saying “I hope you’ll always be as happy as you are today!”

After college, I worked in a shelter for battered women for two years, then earned my master’s and Ph.D. degrees, working in one of the helping professions. My partner and I never considered having children; we thought we’d given that up by choosing to be partners. But then–the lesbian baby boom began! Again, having role models opened the doors of possibility to fuller happiness. We decided that we really did want to have children! Once I finished grad school, she earned her master’s degree, with a well-planned pregnancy near the end of grad school.

So, after we had been in love for 20 years, our first child was born! And then, two years later, our second! My partner and I are blessed with a long, deep, love, and the two most wonderful children in the world. 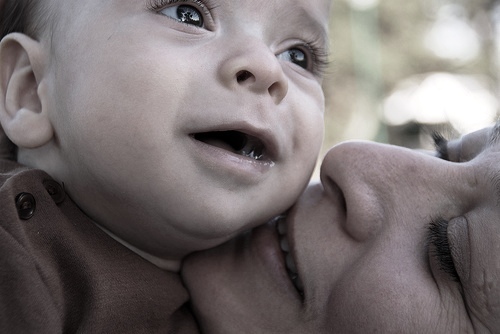 I need to digress for a moment to say that I feel a bit sheepish writing at all about difficulties when I have been so blessed. As humans, we all tend to take what we have for granted. If I want even more, then I am afraid that you will see me as ungrateful. However, I truly cherish what I have. Every day, I thank God for the blessings of love, family, friends, community, and the rewarding career that I’ve been given in my life, and I recognize the types of privilege I do have. At the same time, I have learned in my life that we can have multiple truths, and that one truth doesn’t have to cancel out other truths.

So, in addition to feeling immense gratitude, I also feel hurt, sad, angry, and deprived about not having the emotional and financial benefits of being able to marry my beloved legally. At this time, I’ll focus on the financial part of the picture. It really worries and angers me that my children don’t have the same economic chances as those from a comparable family headed by a married man and woman.

Over the years, our financial advisor has told us that, with our income and situation, we could not afford to save for both college and retirement. She was clear that we should invest our extra income toward retirement, rather than burden our kids with needing to support us in our old age. If we could have been legally married, we would have ample funding for college, as you’ll see in a moment.

My partner and I are responsible, not extravagant people. We are a family making decisions. But the legal system says we are not family. Because of this, I have had to purchase separate health insurance during our entire relationship, instead of being included in a family policy through her work. Being self-employed, I’ve paid for the full amount of my health insurance premiums, and had large deductibles, every year. I have not been able to get the dental coverage through her work, either, and have paid out of pocket for all my dental expenses over the years.

Here’s a micro example: In May, I started needing prescription eye drops for allergies, for the first time. I had to fork over $112 for a tiny bottle that lasted a month. If I were on the family policy through her workplace, I would have had only a $12 copayment for each month’s medicine. 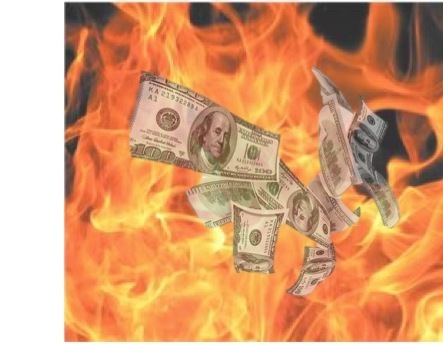 Think about it—here’s the macro picture. For the 36 years between our commitment ceremony and our children finishing college–I figured I will have spent an average of $400 a month for medical insurance premiums, plus $2,000 each year for medical deductibles and $600 for copayments, along with an average of $600 a year for dental work. That comes to $8,000 a year. Those 36 years of discrimination adds up to $288,000! That is $288,000 that a married couple in our same situation would have been able to save for college and other important things.

This disparity in what I’ve had to pay for medical costs would have been even bigger if I’d had more serious or chronic health problems.

That $288,000 for insurance and health care is money we would not have had to spend if we could have been legally married or been afforded the same benefits as heterosexual couples. That is the equivalent of college tuition for my kids, and more, and it really pains me.

The emotional cost of marriage inequality is often more apparent, easy to recognize and to empathize with. The financial discrimination against us and our children is often overlooked, but it’s very real. Neither of us have relatives who we’ll inherit money from. It’s up to us to provide for our kids. I want my children to have the same opportunities as any other equivalent family. I want to be able to say to them, “Here, Sweeties, we worked hard and now you can choose the college you want; don’t worry about having to get merit financial aid or taking out huge student loans.” I want to say that, but I can’t. I can only say, “Here, Sweeties, we worked hard and spent the money we would have saved for your college needlessly because too many Americans think that we don’t count as “a family.”

I look at the paltry amount in the college saving accounts we do have, and think about the hundreds of thousands of dollars that we have lost simply because of discrimination, and I think: This has to change. It may be too late for my family, but we have to make this right for the families of the future.