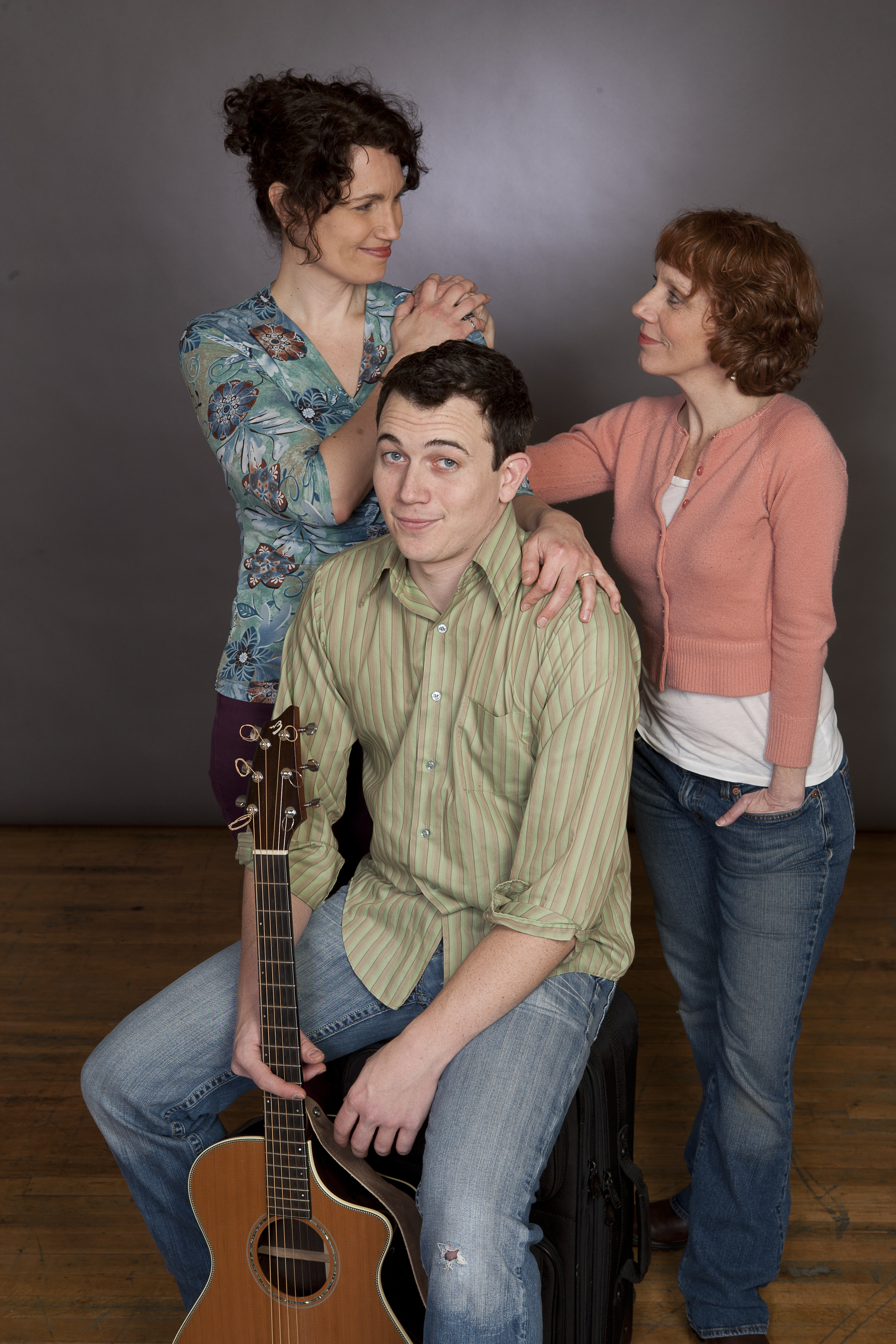 When you pick up a ticket for a play entitled My Mother’s Lesbian Jewish Wiccan Wedding (currently in production at the Minnesota Jewish Theatre), you sort of know what you’re signing up for as an audience member. However, when I first got the assignment to review the show, I didn’t notice that it was also a musical. Or that the play started its life as a big hit in the Toronto Fringe Festival. My Mother’s Lesbian Jewish Wiccan Wedding is unapologetically political, and completely adorable. It’s the strangest thing, but it’s the least threatening angry play I’ve ever attended. (And I’m not saying that as a dig either.)

“I’ve been talking things over and getting in touch with my feelings. I know, it’s unnatural.”

The transparently autobiographical musical by the husband and wife team of David Hein and Irene Carl Sankoff, is presided over by the adult version of a character named David (Matt Rein), who will later marry a character named Irene (Jane Froiland) (in a non-lesbian, non-Jewish, non-Wiccan, but still musical wedding). David (on guitar) and his band—Al Church on bass and drums and music director Kevin Dutcher on keyboard—regale us with tales of David’s mother.

“They [the airport staff] ask if I have any baggage. I say ‘Tons.’ They don’t laugh.”

David’s mother Claire (Laura B. Adams) is going through an acrimonious divorce from Carl (David Coral), who retains custody of their high-school-aged son David (Bryan Porter) while Claire heads off to Canada to pursue a plum job she’s been offered and start her life fresh. Claire rents a room from Michelle (Bonni Allen), who introduces her to the politically active lesbian choir in which Michelle sings. This leads Claire to meet Jane (Tina Moulder) and to realize that she likes women, Jane in particular, a lot.

“I got an invitation.”
“You weren’t supposed to come!”

“I don’t know why people keep getting married. It’s so stressful.”

Surprisingly, young David and even Carl seem perfectly fine with the idea of Claire having a girlfriend. The only real pushback against it comes from Claire’s unseen mother, who calls a lot but is never seen, and with whom Claire never truly reconciles. But the play doesn’t seem to be terribly concerned with the notion of prejudice. The characters talk about prejudice but don’t experience it regularly before our eyes in their interactions with others.

“I come from Nebraska.  It’s flat.  You can watch your dog run away for three days.”

Instead, the play seems more concerned with pointing out that Canada was (and still remains) years ahead of the United States in providing things such as universal healthcare, a relatively stable economy, medical marijuana, and of course its civil rights policies toward gays and lesbians—including the right of marriage. Make fun of Canada all you want, the play says (and does), but life here is pretty good for our characters, arguably better than it would be in the United States. Gay couples have been getting married in Canada for years now, and what do you know, the world didn’t end.

“I was raised by two psychologists. That’s why I write introspective musicals about my gay mom.”

Director Michael Kissin has assembled a great cast who are having a lot of fun presenting the story. My Mother’s Lesbian Jewish Wiccan Wedding is full of amusing dialogue and clever lyrics. In fact, the lyrics tend to overpower any melody the songs have. That can be a double-edged sword. It means there’s little musically that’s so memorable that you end up humming the tune and taking it out of the theater with you. But with the music staying out of the way, as it were, the lyrics and what they’re saying get the audience’s full attention. And the words are the point here. Couched in music, the sentiments seem less strident than they might be if a character were preaching at us. The love story and the family interactions also seem more emotionally resonant when set to music.

“I fall for you every five minutes.”

Given the upcoming ballot measure on an amendment to the Minnesota constitution which would (further) bar gay couples from getting married, the politics of the play pack a punch. One tries to remain objective, but even I had to admit a little thrill going down my spine when the actors picked up signs in protest (my favorite said,”Who Do You Think Designed Your Wedding Dress?”) and began chanting “Marriage Is a Civil Right” and singing the phrase “Legalize Love.” The play hits a raw nerve there, particularly because it presents the possibility of a happy ending that many of us wish for, but still see as out of our grasp. And it really happened. Years ago. Somewhere else.

“You are ruining a perfectly good evening of depression and self-loathing.”

The play suffers a little from both its title and its opening number. By stating that the wedding is a fact, something which has already occurred, it sort of sucks all the suspense and driving action right out of the story. Since we all know where we’re headed (she will meet a woman, they will fall in love, there will be a proposal, there will be a ceremony), there are times when the plot meanders away and causes us to wonder, “why aren’t we there yet?”

As hilarious as the idea is of two lesbians and their son’s fiancé stranded at the restaurant Hooters, surrounded by busty scantily clad women, and then the mothers proceeding to give sex advice to their son’s lady friend, what’s the point? This is just the most extreme example of the way sexuality is played for laughs in the script. Don’t get me wrong, I’d rather a story treat sex as positive and joyful rather than furtive and angst-ridden any day of the week. But is the play depriving itself of some potential power by constantly diffusing things in this fashion?

“There’s a law in witchcraft that any spell you cast comes back to you threefold.”

Then again, maybe that’s the point. Why freak out? It’s just love and marriage. It’s not hurting anybody. Don’t believe in gay marriage? Fine, then don’t marry somebody who’s gay. (I could write a Michelle Bachman joke here, but it sort of writes itself.) The play also has a lot of fun playing with theatrical conventions, drawing attention both to the authors and the standard building blocks of musical theater with winking asides (and lyrics) and goofy props.

“We are now cruising at an altitude of 10,000 feet, and we’re halfway through the second number of the evening.”

In an election year political environment overflowing with mean-spirited and backward thinking sentiments, it’s a welcome relief to encounter a play that just wants to spread a little more love, music and laughter around.  And for that reason, My Mother’s Lesbian Jewish Wiccan Wedding is highly recommended.