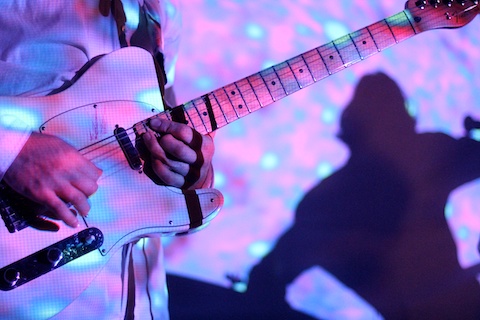 Draped from floor to ceiling in white sheets, the stage at the Triple Rock looked more like a room being prepped for a fresh coat of paint than the scene of a heavy-hitting post-punk revival. But the spirited, age-diverse crowd at Saturday’s show got just that, with a feast for the eyes from psychedelic pop openers, The Stepkids, and for the ears from dark and distinctive headliners, The Horrors.

That’s not to say that The Stepkids weren’t musically enjoyable. The Connecticut trio sounds like a group that met in high school jazz band: all excellent musicians who just want to jam out. But in head-to-toe white clothes, playing white instruments, against the white background that acted as a canvas for a very involved display of abstract animation, it’s clear the band put a lot of energy into the aesthetic and spectacle of their stage show, which can make the songs come across as an afterthought. When the set started, featuring all songs from their eponymous album to be released this week by Stones Throw Records, it seemed like the band members were intent to show off all their unorthodox playing techniques (there were many) and auxiliary percussion (bells!), but I totally warmed to them as they progressed, sharing vocal duties on effortless falsetto harmonies and digging deeper into their more soul-tinged repertoire.

The stage was unceremoniously stripped before The Horrors quietly strode in, each member with their own distinct look, giving the impression they might be five frontmen all from different bands. Despite their incongruous looks, the group presented a unified sound as they started the show with the cinematic, new-wavey tune “Changing the Rain,” the same track that opens their most recent album Skying. Having heard The Horrors compared countless times to noisier and more gothic sounding bands like My Bloody Valentine, the slightly upbeat tone of the first part of the set was a welcome surprise, recalling more Blur or The Smiths than anything that would be haphazardly thrown into the now-broad category of shoegaze.

The set continued with single “Who Can Say” and from there on basically alternated between tracks from their second album Primary Colours and Skying, making it obvious the band has a new focus that’s got nothing to do with the fake names and stage makeup they donned while touring with their debut album Strange House. Even though there was not much interaction or chatter from the band, the audience seemed receptive to their new direction, hanging onto every small “thank you” that charismatic singer/odd fellow Faris Badwan delivered. The full-contact dancing crowd (made up of attendees excited that this was an all-ages show) and head-bobbers (everyone else) kept the energy alive and well all the way through the high point of the show, “Still Life,” a song that would be very at home on a soundtrack to a John Hughes movie/Wednedsay night at Club Jaeger.

The Horrors still show their influences. After all, they came together due to a shared interest in obscure 60s vinyl, but with the release of Skying they seem comfortably seasoned, relying less on gimmicks and more on the strength of their collective tastes and songwriting abilities. Their opening act should definitely be taking notes. 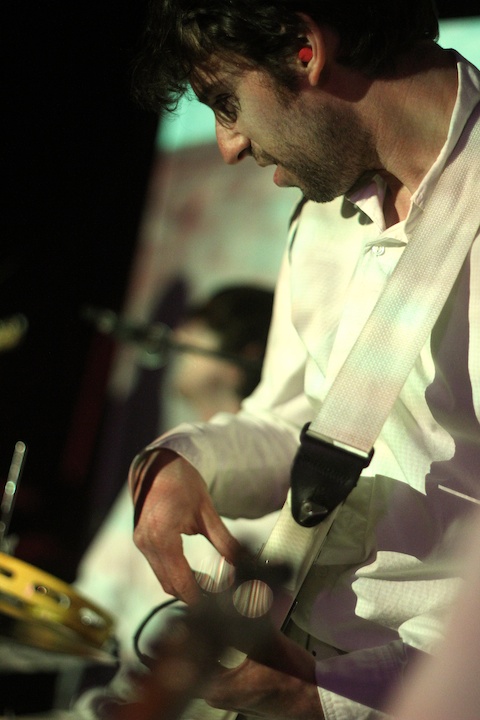 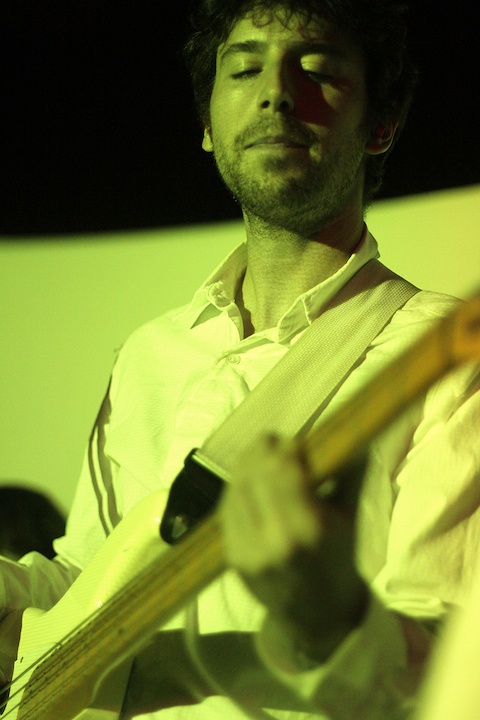 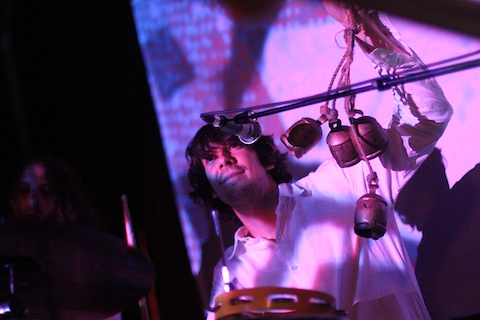 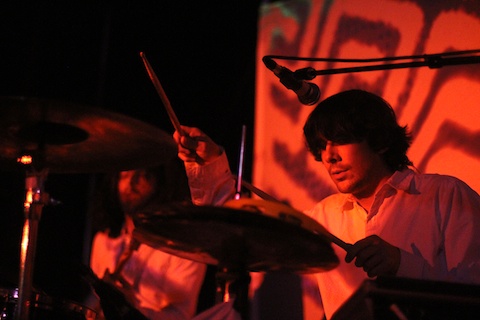 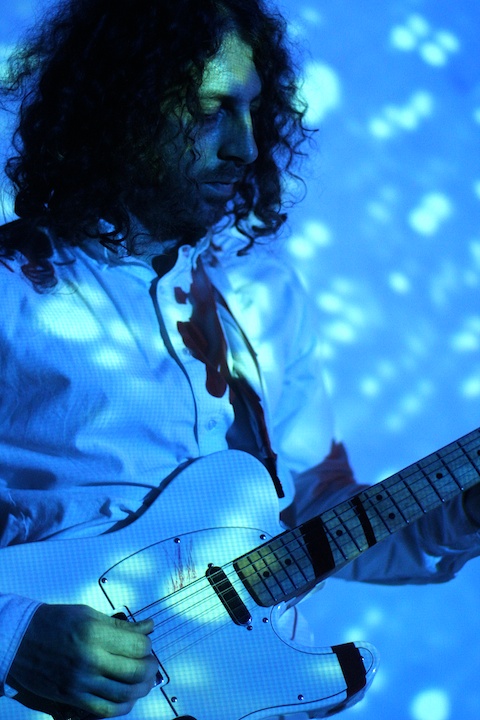 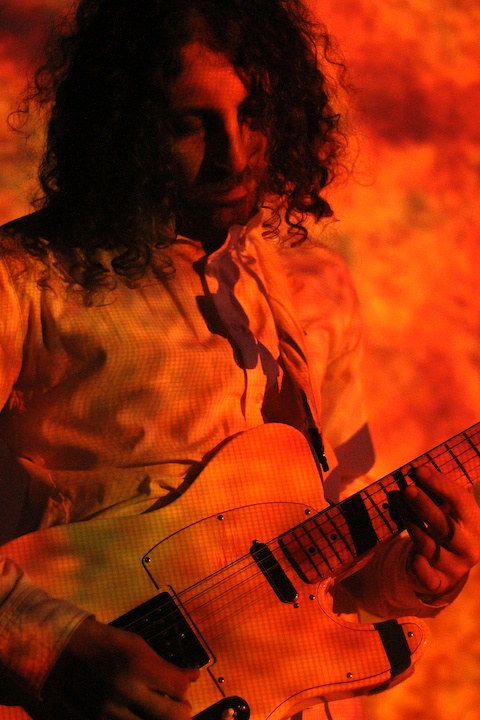 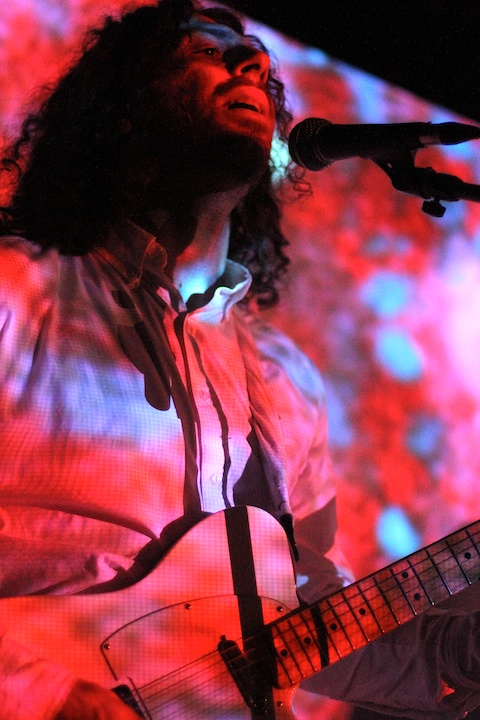 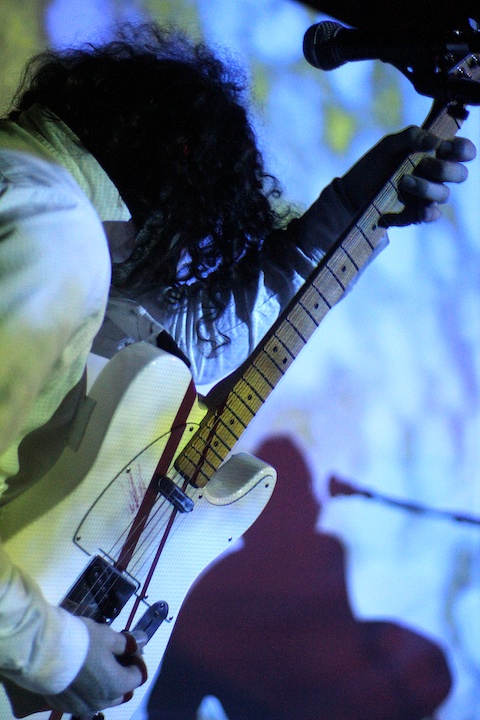 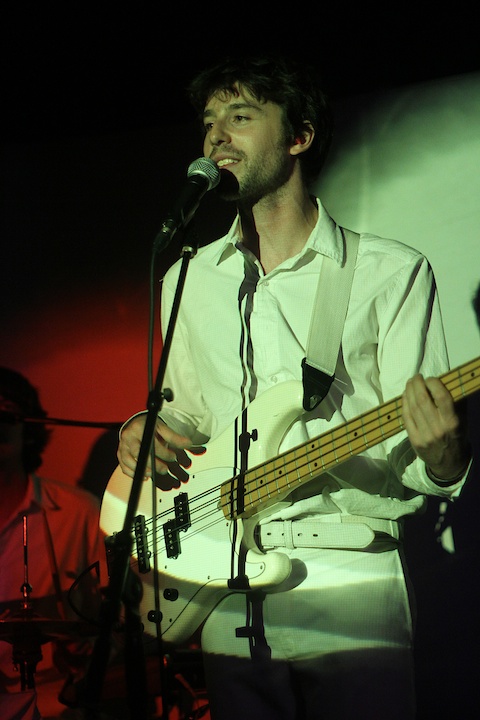 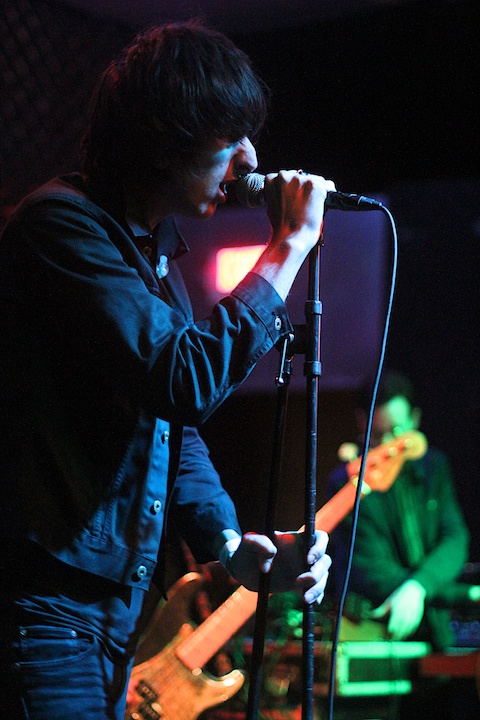 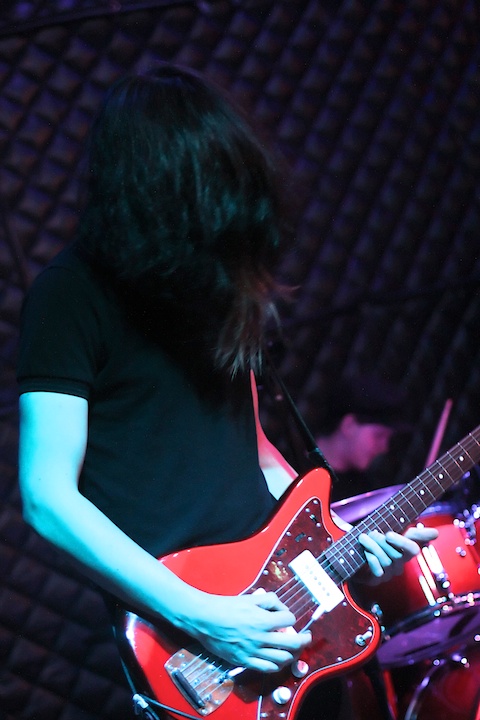 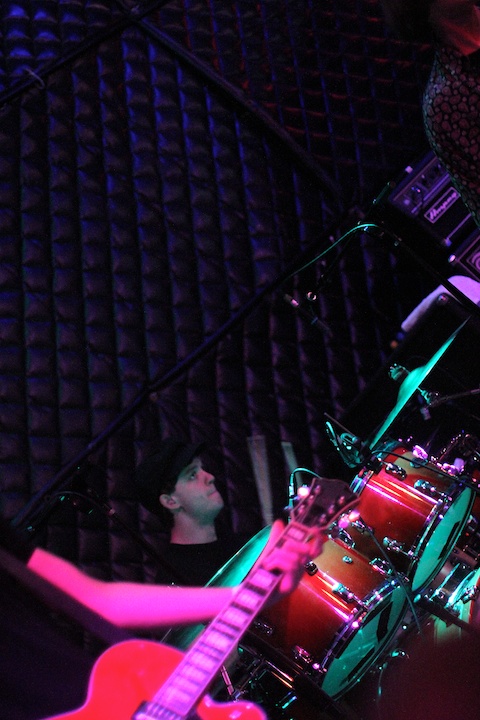 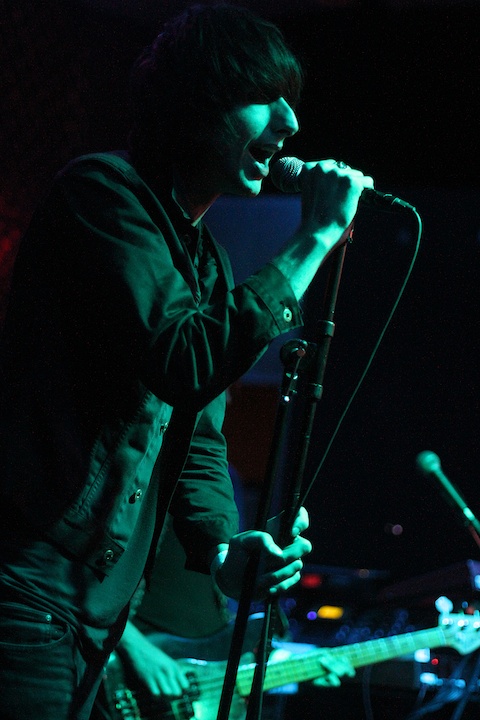 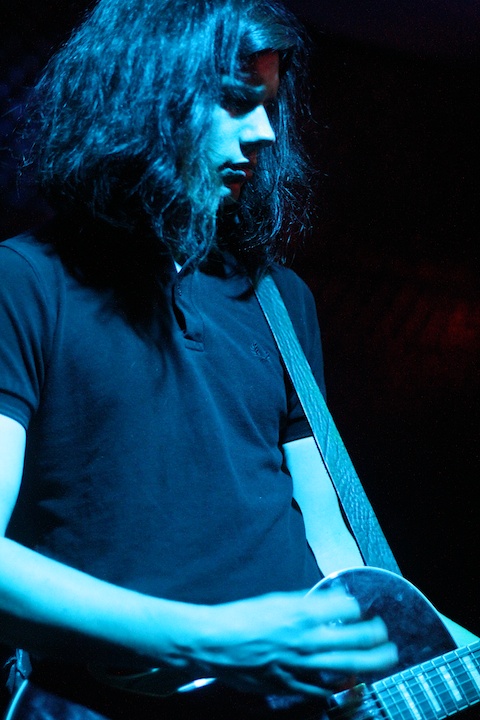 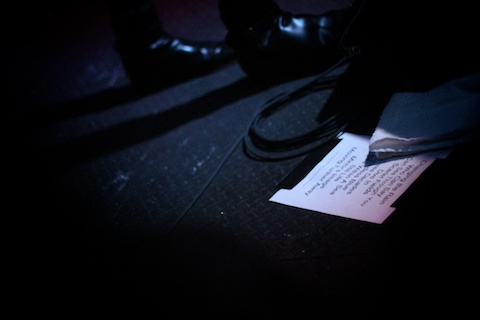 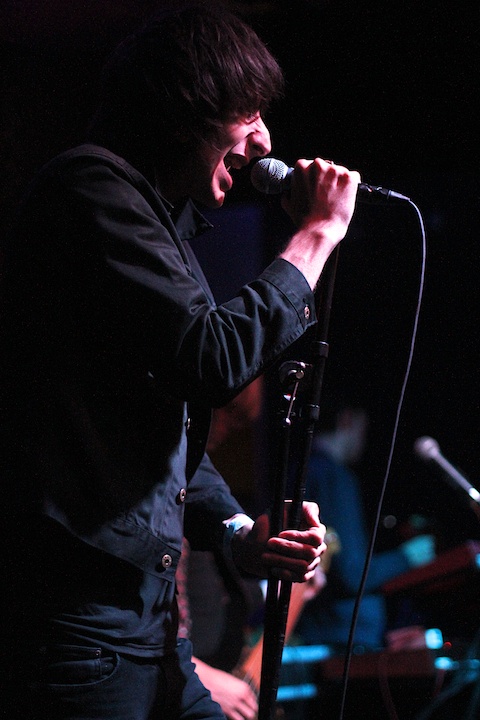 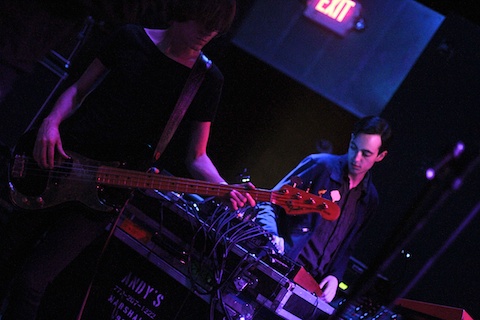 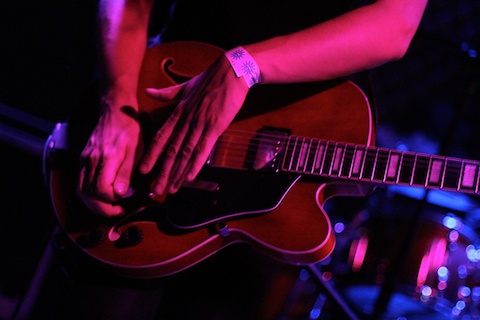 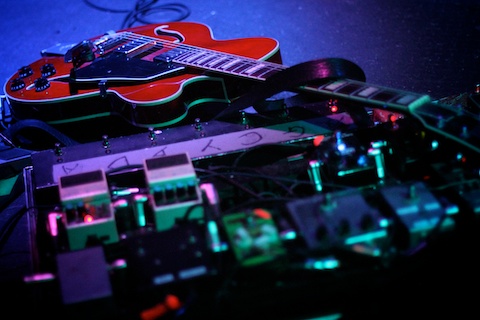