I can now say that there is nothing that compares to standing in a crowd with hundreds of wet Hanson fans. We drove to the Minnesota Zoo on August 10 under a dark sky and intermittent rain. Right before we arrived at the door to the venue, it started pouring; we were met with the sight of soggy pink, blue, and yellow plastic 20-somethings.

Hanson played early because of the storm so I didn’t catch any of the opening band, Rooney. A gaggle of girls with special passes were let in as Hanson—brothers Isaac, Taylor, and Zac Hanson—ran onto the stage. They were greeted with a screaming crowd made up of 85% women. Hanson opened with one of their newer songs from the Shout It Out album, their latest of many.

Shout it Out is their ninth tour. Isaac thanked the crowd for supporting the band for the last 13 years and making it possible for them to have their own label (3CG Records). Hanson fans are nothing if not loyal. They’re not 14-year-old girls anymore, they’re women near the age of the members of Hanson (24-29) who have followed the band for years, bought every album, and know all the words to “MmmBop.” 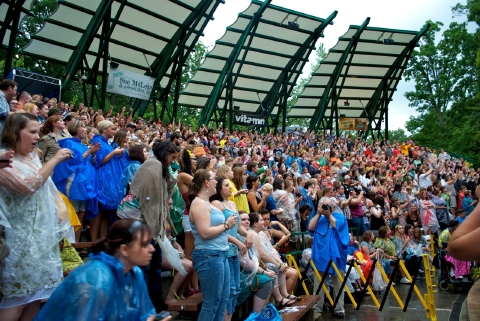 The rain came in spurts but the Saran-Wrapped crowd danced and waved their arms with even more enthusiasm as they got drenched. Fans were singing along with every word. The band played songs from at least five albums and Isaac, a member of a very religious and conservative family, said “Sorry to the kids here, but you guys kick ass!” One thing that Hanson does at every show is express appreciation to their fans. They also look like they’re having a blast, jumping and dancing around, with huge smiles on their faces. They put on a good show. Yes, I know, it’s Hanson, but you’d be surprised how many unexpected Hanson fans you’ll find when you look. I had friends who surprised me by saying “Oh, you’re going to Hanson? I saw them once and it was an awesome show!” And I’m talking male friends in their 20s, 40s, and beyond. 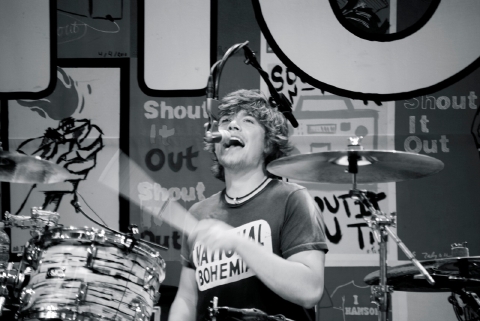 Hanson has also been supporting charitable causes. In 2005 and 2006 they wrote the song “Great Divide” and donated proceeds to AIDS research and prevention in Africa. They began The Walk Tour in 2007, partnering with Tom’s Shoes and raising awareness by taking mile-long shoeless walks before each show. For the Walk Around the World Tour in 2008 they continued these barefoot walks in support of the fight against poverty in Africa. 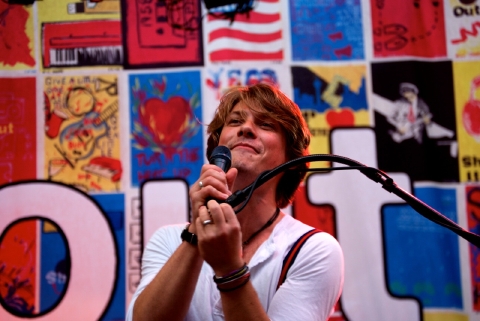 Taylor Hanson (he was always my favorite!), in 2009, became the frontman for a pop group which included James Iha, previously of the Smashing Pumpkins, Adam Schlesinger of Fountains of Wayne, and Bun E. Carlos of Cheap Trick. The band is called Tinted Windows; they released a self-titled album in April 2009. They also played at South by Southwest Festival in Austin, Texas earlier that year. 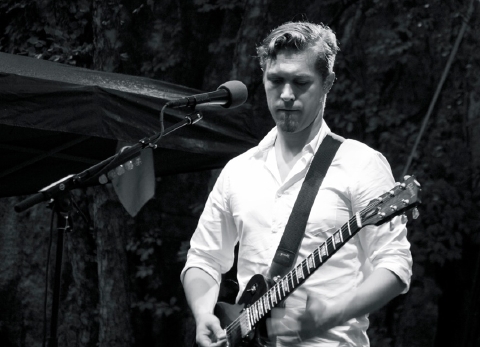 Hanson make you feel good, brings back memories of your childhood, and makes you want to squeal like a little girl. My favorite moment of the night was when the girl next to me said “I feel like I’m 13 again!” as soon as the band started playing their well-known hit, “MmmBop.” They played this to start wrapping up the night, after Zac announced “they’re telling us this has to be our last song” because of lightning. Faces dropped, even though he said they’d play a few more. They ended with a cover of “Dancing in the Street,” a 1964 song first recorded by Martha and the Vandellas, and then quickly ran offstage. The wet crowd poured out and piled into cars, with mixed feelings of happiness and disappointment from the too-short concert.