After the popular success of her 2007 single “Love Song,” it was fitting for Sara Bareilles to take the stage at the Pantages to “You Make My Dreams” by Hall & Oates. Her second album, Kaleidoscope Heart, was released in September, and Bareilles is hoping to keep making her dreams come true.

On Tuesday night, Bareilles acknowledged the difficulty she faced writing a follow-up to a debut single that went triple platinum. Overall, Kaleidoscope is an apt name for the new album: Bareilles stepped away from the piano to play guitar, ukulele or only sing on a number of songs. The 13-song set did include music from her debut album Little Voice; especially notable was a rearrangement of “Bottle it Up” during which Bareilles eschewed the piano in favor of strutting the stage like a rocker.

The contrasting elements of vulnerability and confidence are a key element to Bareilles’s success both on her albums and on stage. Her good looks and powerful voice don’t hurt either. In between songs, she shared her thoughts on playing in Minneapolis to “vibrant and loving audiences,” writing her second album (“from pain comes joy…and money”), and the inspiration for her songs. She described “King of Anything,” the first single from Kaleidoscope Heart, as “an easy song to get behind because it’s about people who should mind their own fucking business.” Bareilles’s bold comments drew approving cheers from the audience throughout the night.

Bareilles and her band were joined on stage by opener Holly Conlan for a couple of songs. One of those songs was a cover of Radiohead’s “Nice Dream” with the band doing body percussion, Conlan and first opener Cary Brothers on back-up vocals, and Bareilles on vocals and ukulele. “Nice Dream” was the third slow song in a row during the middle of the set, and afterward Bareilles asked the audience if we were ready to pick up the pace again. The audience cheered in response, but instead of obliging those cheers, Bareilles led into another downtempo song by playfully telling us, “…you know who’s in control? This bitch right here.” “Let the Rain,” the new song that followed this proclamation, was raw and edgy.

It was clear from the new arrangements and new instruments that Bareilles is casting a wider net. Both of her hit singles, “Love Song” and “King of Anything,” have similar musical qualities. Both songs also feature her signature biting, yet whimsical lyrics. Despite showing us that she can make good music when she’s not at the piano, that’s where Bareilles seemed most at home. 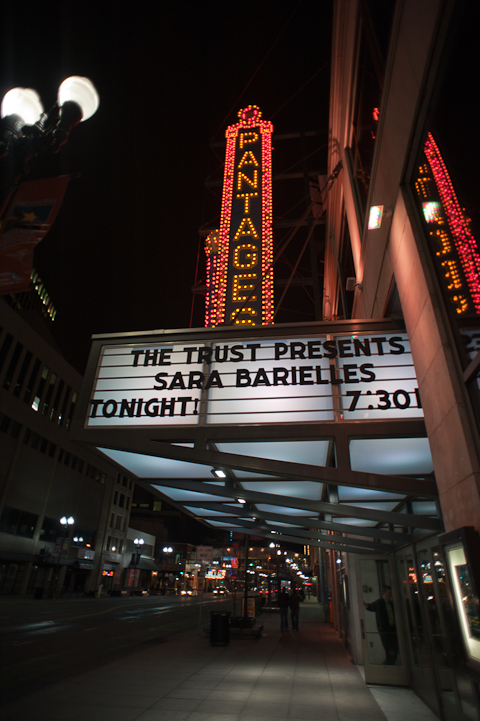 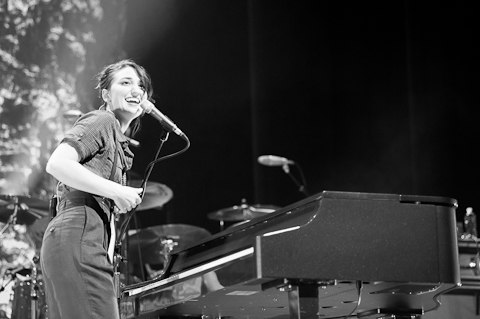 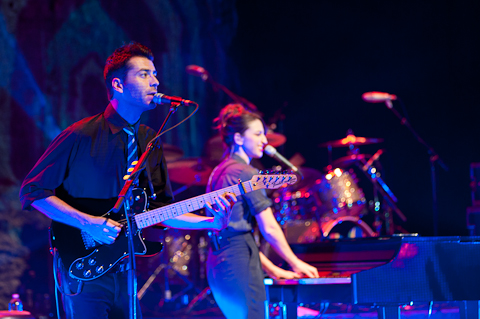 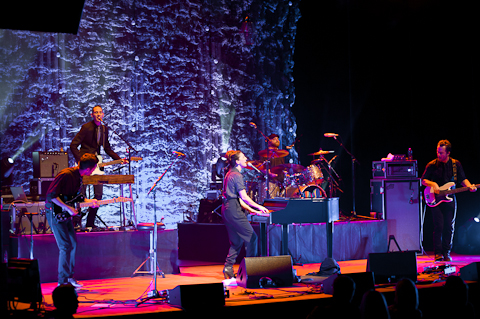