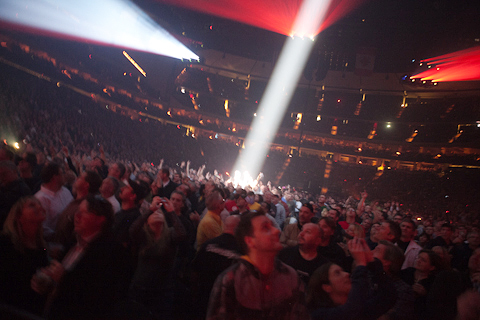 For a music fan, writing about Pink Floyd’s The Wall (1979) is a bit like a theater fan writing about Shakespeare. What more could you possibly say that hasn’t already been written thousands of times before? I’ll admit right off the bat that The Wall has never been one of my favorite Pink Floyd albums. Like almost every double album, it’s a bit bloated and overdone in spots, but that’s exactly what makes it so successful and engaging in the live setting.

On Wednesday night, Pink Floyd founder and mastermind Roger Waters brought his current show, a start-to-finish performance of The Wall, to the Xcel Energy Center in St. Paul. Right before the show started, various comedians ranging from George Carlin (including his “Seven Dirty Words” bit) and Sam Kinison to Monty Python were played from the speakers around the arena, showing off Waters’s amazing attention to detail with his quad speaker setup.

If there was ever a book written on how to start off a rock show with a bang, Roger Waters would be the author. Walking into the arena I was immediately taken back by the sheer size of the (literal) Wall, which rises 35 feet above the stage and spans 230 feet across. Just as on the album, the end of the opening number “In The Flesh?” featured the sound of a diving airplane, followed by a giant model plane flying across the entire arena and crashing into the right side of the wall, only to be engulfed in flames. A series of flash pots and fireworks followed to ensure every last person’s attention was gathered and focused on the stage.

“The Thin Ice” opened with an image of Waters’s father Eric, who was killed in World War II, being projected onto the giant circular screen behind the band. Images of other soldiers, activists, and civilians who have been killed in recent war efforts around the globe followed. It was just one of the many signs early on that this wasn’t going to be your typical feel-good concert. “Another Brick in the Wall Part 2” featured over a dozen St. Paul schoolkids wearing “Fear Builds Walls” shirts dancing about the front of the stage, with some nice breakdancing from a few boys. At the climax of the song the kids gathered on the right side of the stage to taunt the giant inflatable school teacher puppet perched above the wall.

As the first half of the album progressed, the giant wall was slowly built up in the middle, and at one point there were only 3 holes to catch glimpses of the band playing behind it. The first half of the show ended with Waters singing “Goodbye Cruel World” through the last tiny hole in the wall, which was sealed up just before intermission. 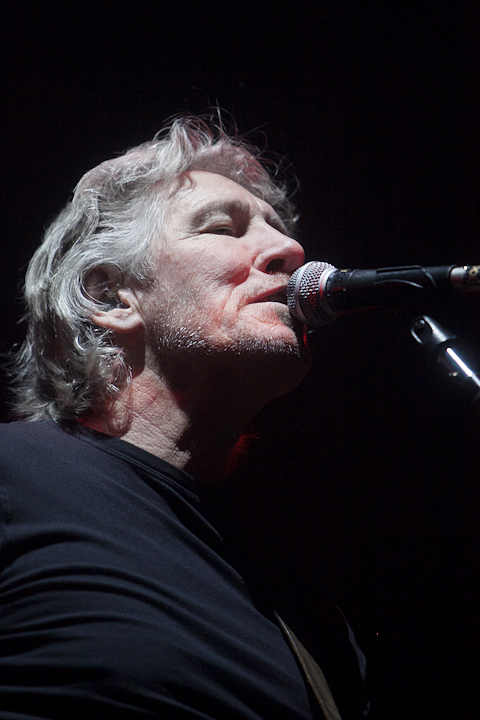 To open the second half, the band and Waters played completely behind the wall for “Hey You,” only to have the band appear in directly front of the wall during “Is There Anybody Out There?” “Nobody Home” began with Waters sitting in a small section of the Wall that was opened up and decorated like a living room. As he sang the song, the television played the same war visuals that were projected onto the wall.

“Bring the Boys Back Home” featured some of the more stunning and poignant visuals of the night, projected across the entire span of the wall. “Comfortably Numb” was likely the song that the audience was waiting to hear most, and while there were plenty of rumors of David Gilmour sightings around town the last few days, they turned out to be just that. (After years of tension, Waters and his bandmate Gilmour have recently reconciled, Gilmour agreeing to play on one show on this tour. Contrary to fans’ hopes, the St. Paul performance was not that show.) “In the Flesh” featured the release of Waters’s longtime favorite prop, a giant inflatable pig with various sayings on it. The pig flew around the arena through “Run Like Hell,” which also featured visuals with a cliched usage of Apple’s product naming conventions (iTeach, iLearn, Protect, iLead, etc.) projected onto the wall. Towards the end of the song, a red tinted snippet of the now infamous Wikileaks helicopter video of soldiers firing upon unarmed civilians in Iraq was played.

At the conclusion of “The Trial,” the Wall slowly started to crumble, then quickly toppled over, scattering the giant five-foot bricks across the stage. It was definitely the moment everyone had been waiting for, and it didn’t disappoint. Waters and his band walked out in front of the bricks to play a great acoustic version of “Outside the Wall,” and after introducing his band, Waters stayed back to wave and say goodbye to the sold-out crowd of over 15,000.

I was very happy to see that while Waters certainly updated the production for the 21st century, that he did it in a tasteful way and didn’t pull a George Lucas. There were still a lot of the visuals and aspects of the original production—Pink Floyd toured behind the album with a now-legendary live show, which was adapted into a 1982 film—incorporated with the updated parts. It’s pretty amazing (and somewhat sad) that after 30 years, many of the themes of The Wall are still very much relevant today.

Waters is now 67; his voice sounded a bit weary at times, and almost too good at other times, but overall the show was nothing short of incredible. It’s also rather impressive and admirable that he’s decided to go out with such a bang (over 100 performances of The Wall have been scheduled through next June). His legacy already long cemented, Waters isn’t going to sit around and count his money, he’s giving millions of Pink Floyd fans around the world one last encore. If you’re even remotely a fan of Pink Floyd and live near any of the cities where Waters is performing The Wall over the next year, you owe it to yourself to try to see one of these performances. 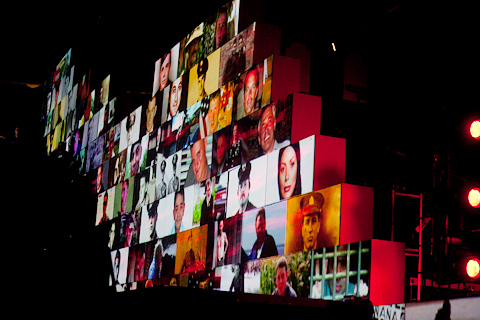 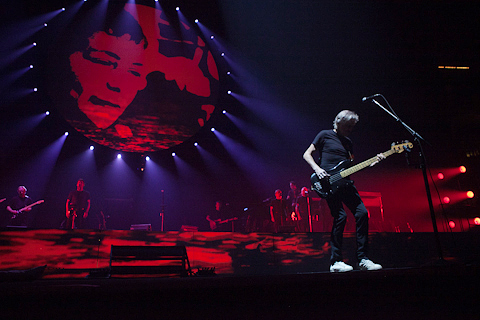 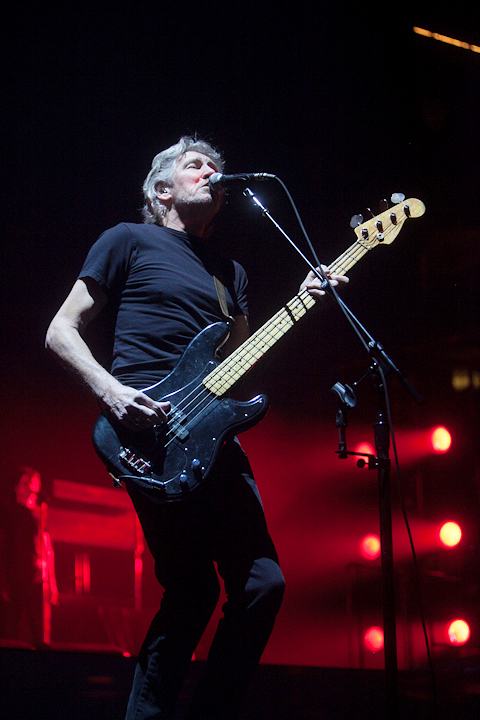 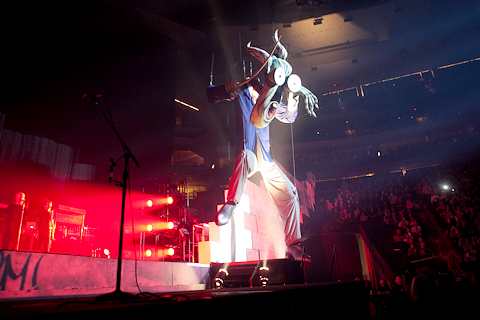 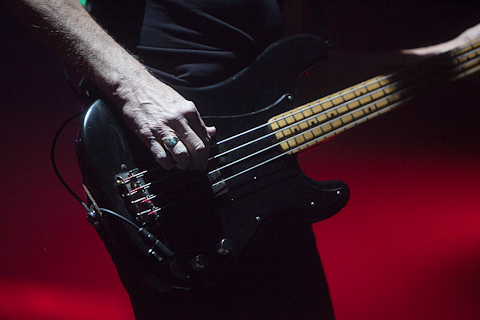 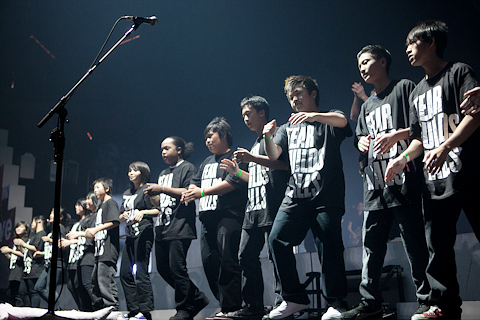 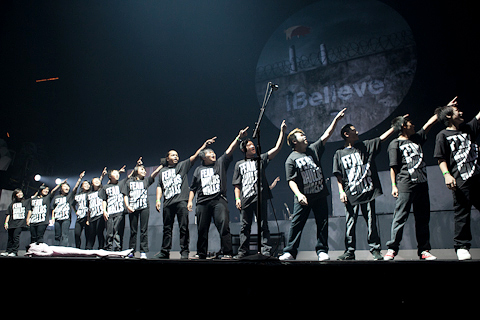 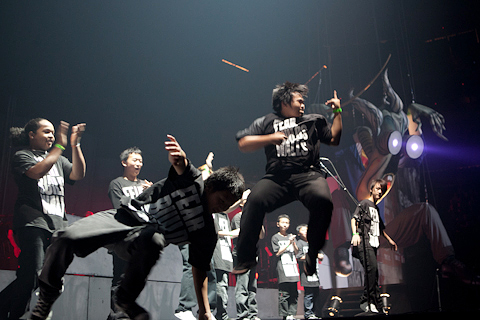 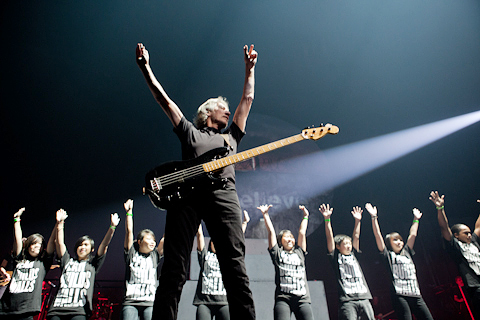 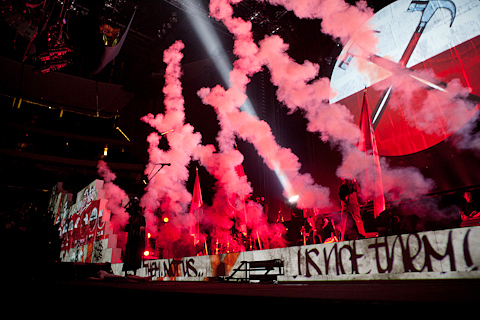 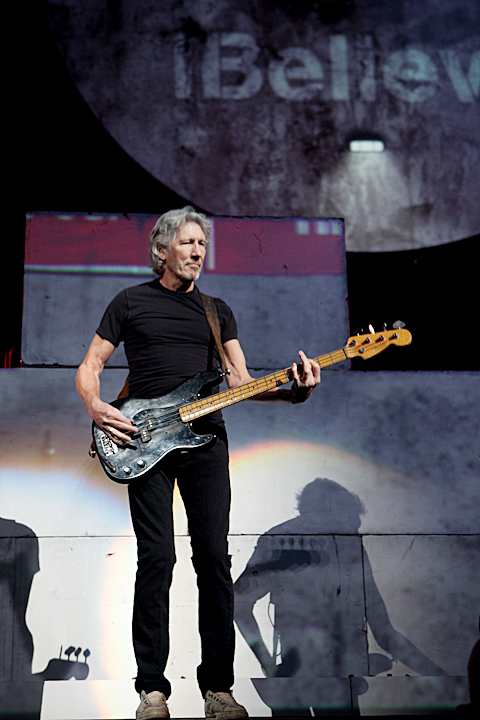 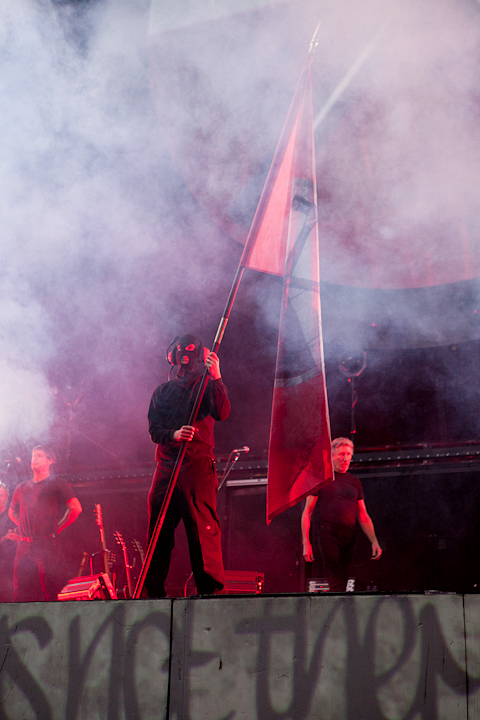 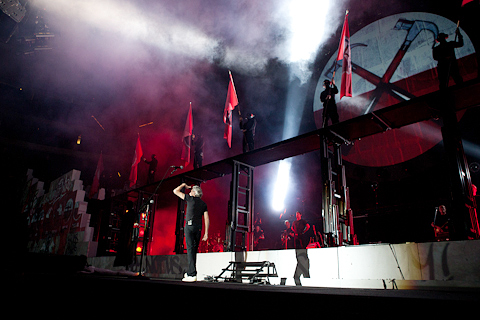 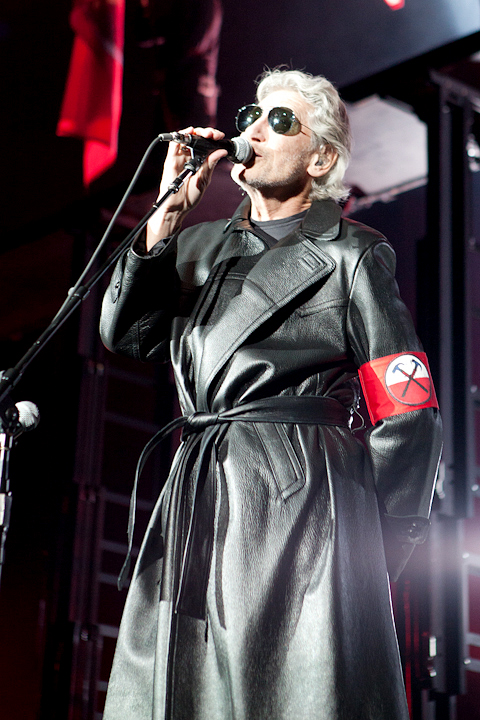 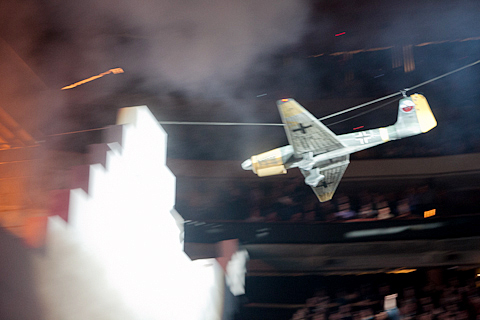 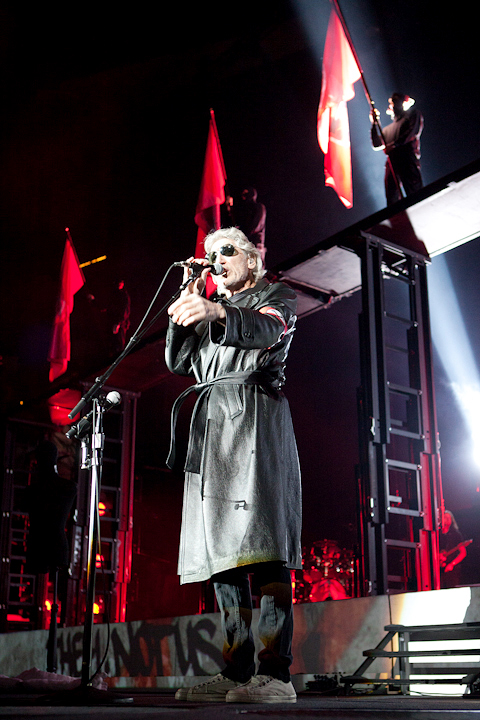 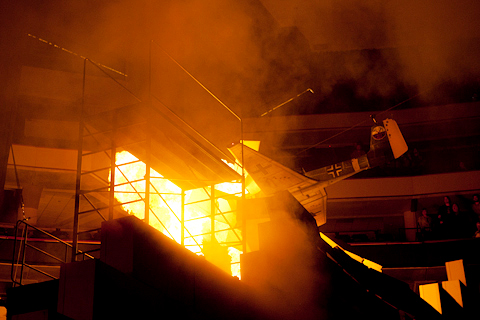 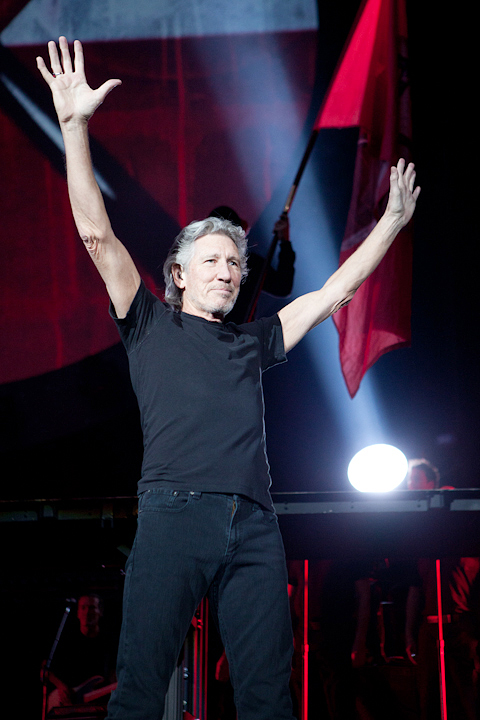