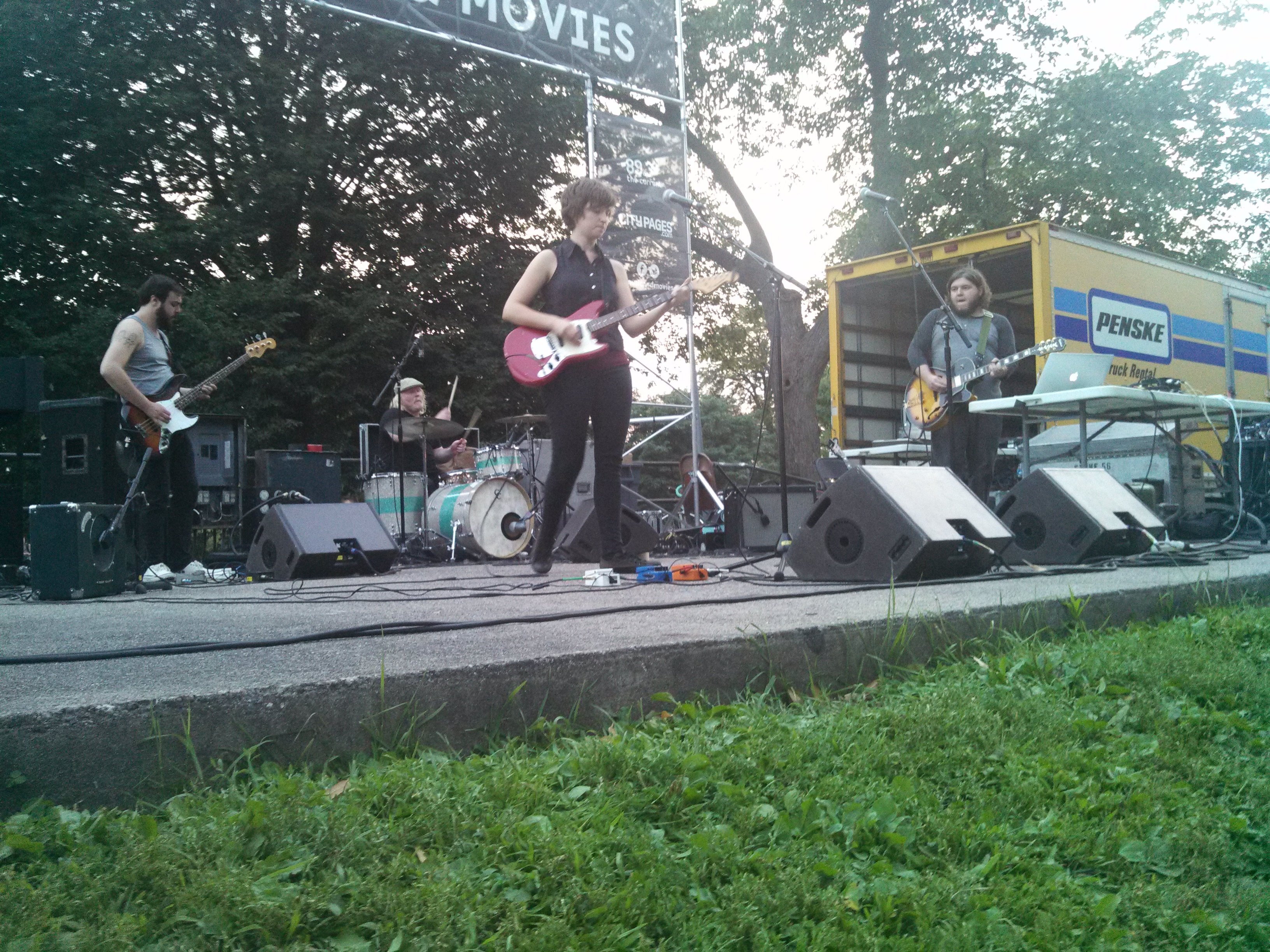 Lots of people came out Monday August 19 to enjoy the Music & Movie in the Park at Loring Park to see Zoo Animal, Aby Wolf, Grant Cutler and Pee Wee’s Big Adventure. I didn’t stay for the movie, but I can tell you the music was worthy of the crowd.

Zoo Animal’s Holly Hansen noted when they started that they’d be playing four new songs since this was a Walker event and that indicated that the audience probably shared an expansive mind. A nice and, I suspect, pretty true observation; at least everyone seemed to like the wide range of styles on the stage and we were open to a lot of expressionist dancing from the 10 and under audience members. 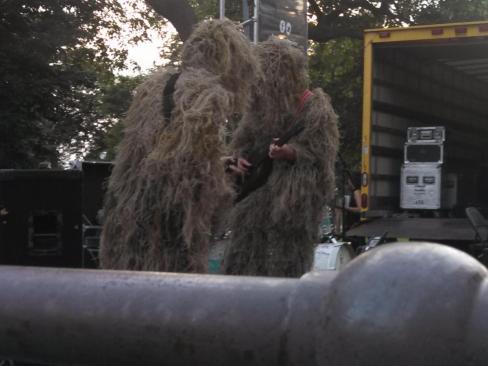 The musical lineup felt like a fun revolving door at times; it started with Weird Visions with Holly Hansen (also of Zoo Animal) and Grant Cutler playing psychedelic electronica. Hanson’s voice is a smooth neutralizer for the electronic twangs and zips. A big hit with the younger crowd, Hanson and Cutler were backed by two Big Foot looking characters. Very impressive given the return of summer heat for the night. A highlight was a piece performed by Culter. It was a collaborative effort with Walker Artist Abraham Cruzvillegas writing the lyrics and Cutler writing the music. 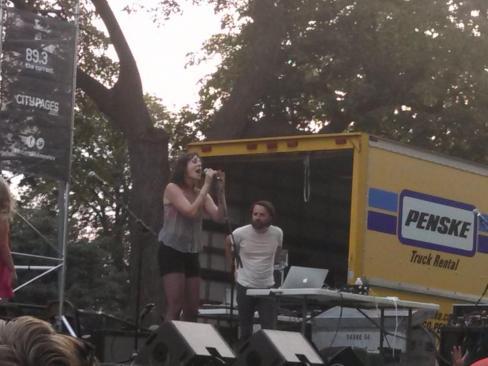 Aby Wolf joined Cutler on stage, playing a few songs off her last album as well as a couple of new songs. It’s always fun to watch her emote her songs–and the wavy electronic flare is melodic and especially appealing on a late summer evening in Loring Park where the bids fly around the lake in patterns almost like starlings.

The night was capped off with Zoo Animal. They have a much more rock edge as opposed to the electronic taste of the first half of the evening. They played just a few songs – again four new songs for the expansive minds. Hansen’s voice comes off as more passionate with the traditional instruments backing her up. There’s a decidedly alternative feel to the music but it feels smart.