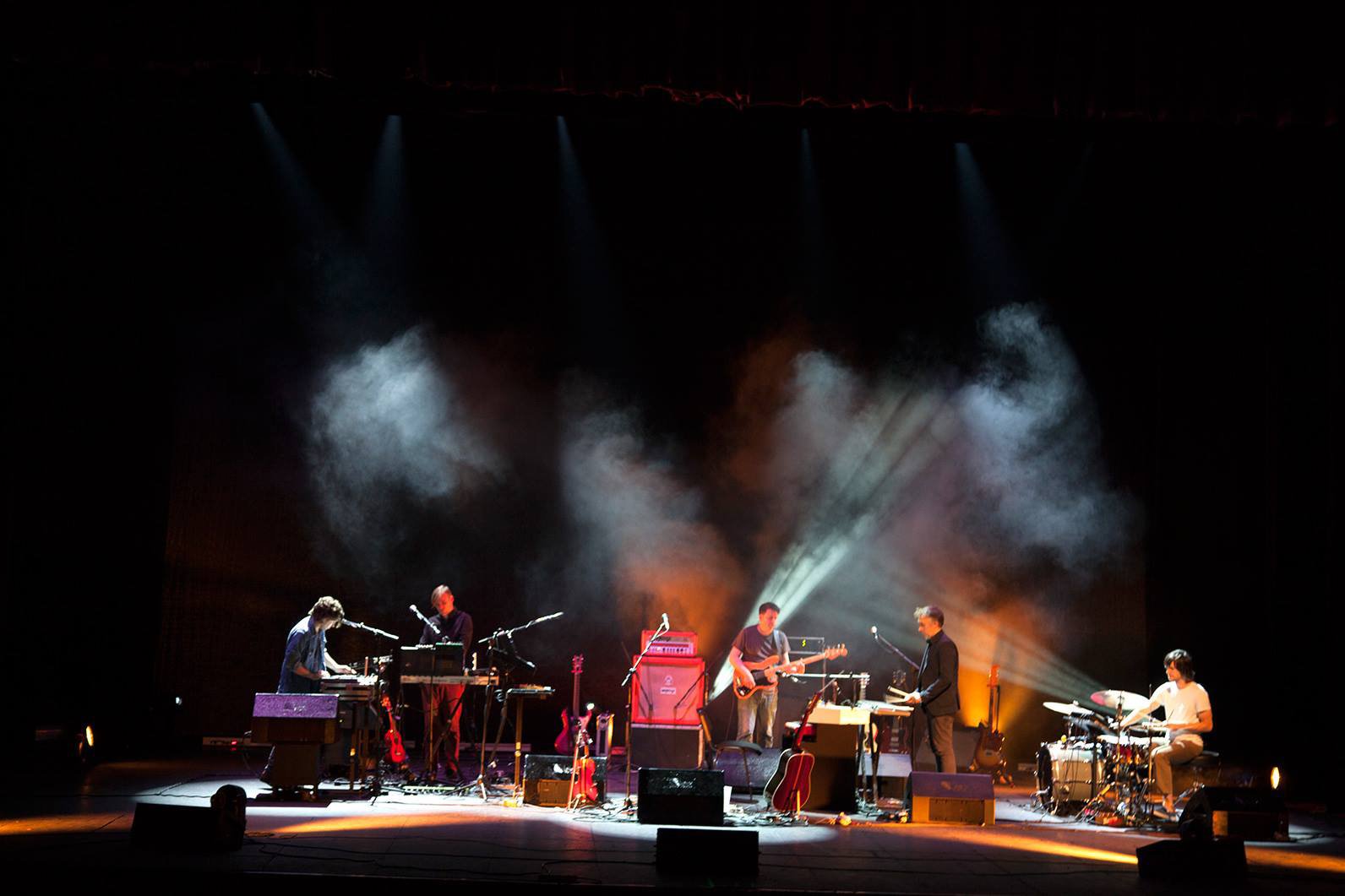 Summarizing a Yann Tiersen concert is rather like trying to use a few sentences to explain the beauty of Shakespeare’s prose or what makes a Hemingway novel work. The summary inevitably fails because superlatives are inadequate to the task and there’s simply too much variety for reductionism to work. Let me then begin with the basics: the audience at the Cedar Cultural Center listened raptly for the entirety of Sunday, June 8th’s concert. A tremendous variety of music and novelty of sounds was compressed into the hour and a half of the main event.

Tiersen is a French composer and multi-instrumentalist hailing from the Brittany region of France. His best-known work on this side of the Atlantic is his award-winning score for the film Amélie (2001), a gem that only scratches the surface of his tremendously varied musical output. Tiersen seems to alternate between new film scores and new studio albums, and a wide sample of each is on display in his live shows. This visit to the Twin Cities coincides with the release of his new album Infinity, which launched May 19th.

The evening started with an extended opening set by NO (not to be confused with the 80s Australian punk-electronica group No, which has a completely different sound and some very distinctive album titles). This was a strong opening filled with many brooding and restless songs, especially the desperate strains of “Stay With Me”. This sturm and drang made an excellent contrast to the soundscapes of miniatures that awaited the audience after intermission.

Tiersen’s current tour features a line-up of four other multi-instrumentalists who play in ever-shifting combinations. From song to song, you might hear piano, glockenspiel, xylophone, guitars, mandolin, violin, bells, and percussion, with textures ranging from minimalist to four-part vocal harmony layered over lushly intertwined instrumental lines. A strong attraction is seeing (and hearing) what will come next; with a plethora of instruments scattered about the stage, waiting to be played, an entirely different musical gem was just a smooth stage shuffle away.

These opulent, nuanced musical compositions found a perfect home with the Cedar Cultural Center’s finely tuned PA system. Many of the songs were wordless, but the tugging musical lines spoke a rich prose by themselves. Tiersen held the crowd in the palm of his hand just as easily with a piece for solo violin or piano as with the full band.