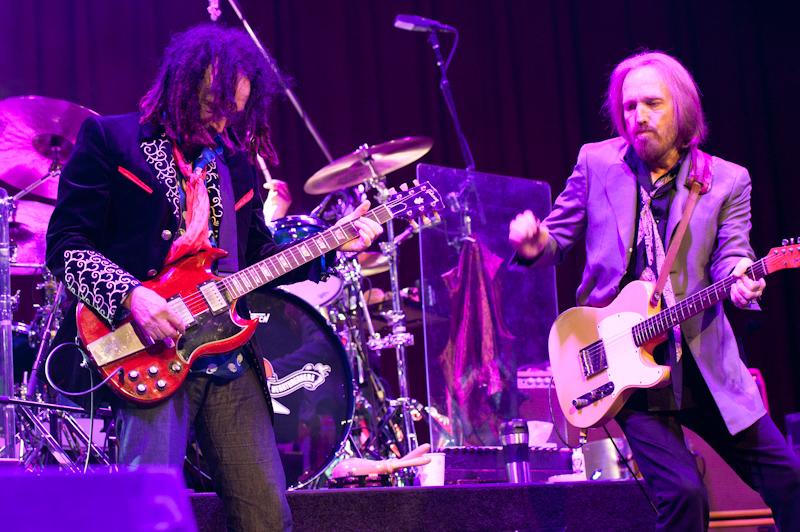 For a band to exist for over 30 years and still have nearly every original member playing is almost unheard of. But Tom Petty and the Heartbreakers is not just any band. The band still has four out of the five original members playing strong, and after their performance at Target Center, it’s obvious they aren’t stopping any time soon.

Target Center was near capacity for the final date of the band’s US tour, and the band put on another stellar performance showing why they are one of the best-selling bands of all time. On this tour, Petty not only mixed in the expected hits, but he and his band reached deeper into their vast musical library and have been playing songs they haven’t played live in years. The Target Center witnessed songs like “Love Is A Long Road,” and “Rebels” from the 1985 album Southern Accents as well as the Traveling Wilburys song “Tweeter & The Monkey Man” that swayed up and down. The songs that brought the biggest applause were the classics “Mary Jane’s Last Dance,” “Free Fallin’,” and “American Girl” which ended the night when Petty exclaimed, “We’re going to end things where we started.” The crowd of mixed ages absolutely ate it up all night long with the entire lower level dancing along.

For “Good to be King,” the Heartbreakers jammed out the ending pushing the song well over ten minutes. Tom Petty likes to be in control, and he acted as conductor, gesturing to drummer Steve Ferrone who responded with a smile, bringing the dynamics up and down as Petty wished. The song ended in an onslaught of guitars. As much as Petty controls the band, Ferrone often seems to be the one in the driver seat. He plays with both power and finesse, and Tom Petty was quick to say how the band would be nothing without him.

During introductions Petty called lead guitarist Mike Campbell the “co-captain” of the band. He was all smiles all night, with black dreadlocked hair that made him look younger than his true age. He is an amazing guitar player, and throughout the night his solos howled, especially in “Good to be King” and “Refugee.”

This show was such a pleasure for not only the crowd, but the band appeared to be enjoying it just as much. There is a reason Tom Petty and the Heartbreakers were inducted to the Rock and Roll Hall of Fame in 2002, and why they have sold over 80 million albums worldwide since 1976. They rock, and they always will.