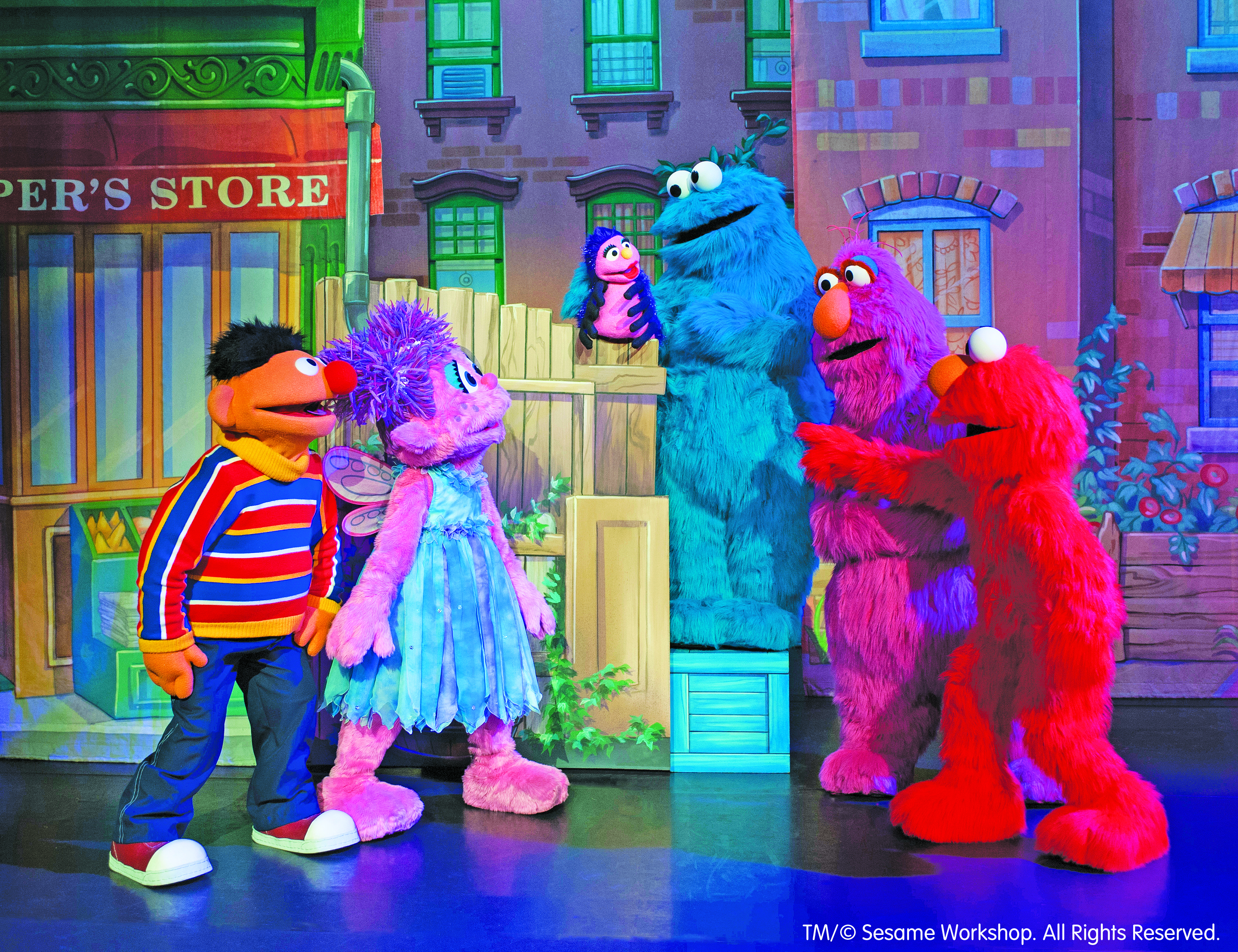 Those in attendance were in for a treat as they sang and danced along with the locals of Sesame Street as the musical featured the crowd favorite characters Elmo, Big Bird, Ernie, Cookie Monster, Abby Cadabby, Bert and many more.

VEE Corporation’s Sesame Street Live: Let’s Dance! opened their weekend performance on Friday, Jan. 16. The show was hosted by two live performers. The show’s unique interactive performance got the crowd out of their seat and brought a smile out of the children as the characters roamed around the audience during the dance parties. Cookie Monster even posed for a photo and gave one little girl a hug.

The dynamic and hip hosts Jordan (played by Rasheem Ford) and Riley (played by Kayleigh Shuler) introduced the audience to the locals on Sesame Street and taught the audience new dance moves and had them sing along to their hip-hop tinged covers to songs like “The Itsy Bitsy Spider” and “Wheels on the Bus Go Round and Round.”

Along with their fresh dance moves they had Elmo present his favorite moves. Elmo revealed it was the Robot. With the lightening switching to night blue and rotating disco lights, Elmo performed the Robot with three other Robot Muppets to demonstrate it to the crowd.

Later, Bert revealed his fear of dancing which is where the plot of this story kicks in. The community in Sesame Street rallied to help Bert overcome his fear and get out of his shell. By the end of the show, Bert transformed into a dancing machine. Baby Bear said dancing helped Bert overcome his shyness, allowed him to be himself and changed his attitude.

“Dancing really is a great way to show who you are,” Cadabby said.

This show isn’t just for children to see their childhood heroes as parents can relate to the universal message Sesame Street is teaching through their story. The show demonstrates how collaboration can help one overcome fears and the most important thing, whether it’s through your creative expression or personality, is for one to always be true to themselves.

“The best kind of dance is to just be yourself,” Cookie Monster said.

The show literally ends with a bang as they shoot confetti over the audience after performing the final song.

Overall, a great show for parents to introduce their children to their favorite heroes and heroines, as well as take away lessons from the play like teamwork, adapting a positive attitude and staying true to one’s self.