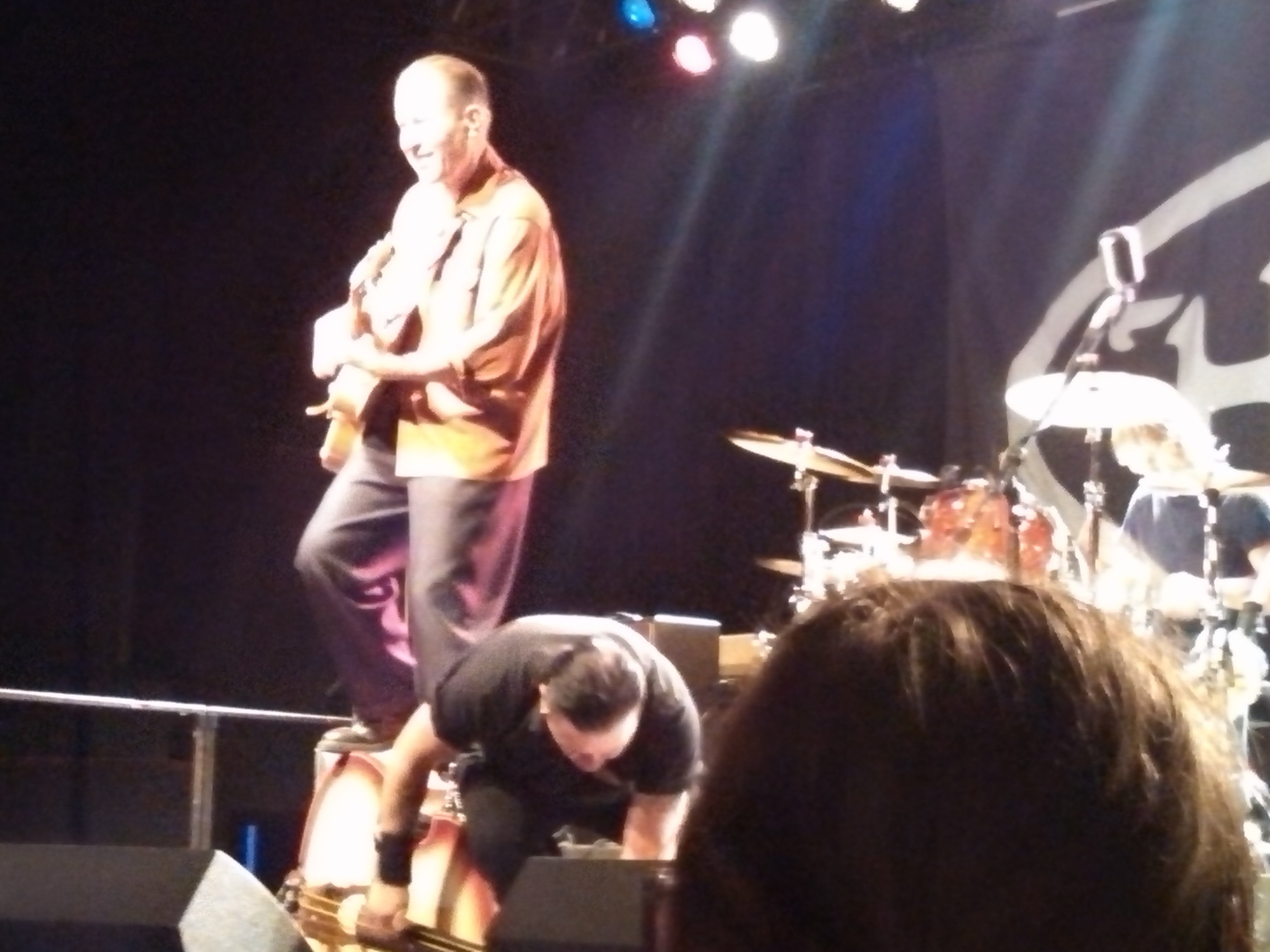 The show started off with an instrumental. The band looked pretty rockabilly, sounds sort of country. The second song, the Devil Chasing Me, is a faster tune with a stage presence. Jimbo Wallace plays the standup bass on its side with the Reverend (Jim Heath) stood on the bass, almost as if he were surfing and played the guitar. A very nice move! Fast forward a couple of songs and we’re listening to the Jimbo song, which sounds an awful lot like Motorhead’s Ace of Spades, especially with everyone singing the chorus: J-I-M-B-O!

For the first set (Heath took a brief break during this two hours of playing) the band played one song from each album consecutively intermingled with a bunch of new songs. It’s a nice way to get a good balance of old and new – especially for an artist who has nearly 30 years of history.

After the break Deke Dickerson joined the band. Dickerson plays the twin guitar, which is fun to see. He played a couple of old favorites with a new twist including “Good Morning Captain” by Jimmie Rodgers and “Mexicali Rose.” The most impressive song was the “Double Neck Boogie”–which, as he said, went from upbeat country straight to speed metal (shown in video below). Dickerson is a solid musician and a showman but he just isn’t as cool as Heath, Wallace and drummer Scott Churilla.

Heath finished out the show with some crowd pleasers, such as Galaxy 500, Psychobilly Freakout and Big River by Johnny Cash. The encore included one of the most impressive drum solos I’ve heard in a long time. Churilla nailed it and didn’t seem to tire until he dropped at the end. What’s amazing is that the regular band (Heath, Wallace and Churilla) never seem to break a sweat. They play as if it’s easy. There isn’t a ton of chatter and when things are getting hot on stage they sort of smile. Very cool.