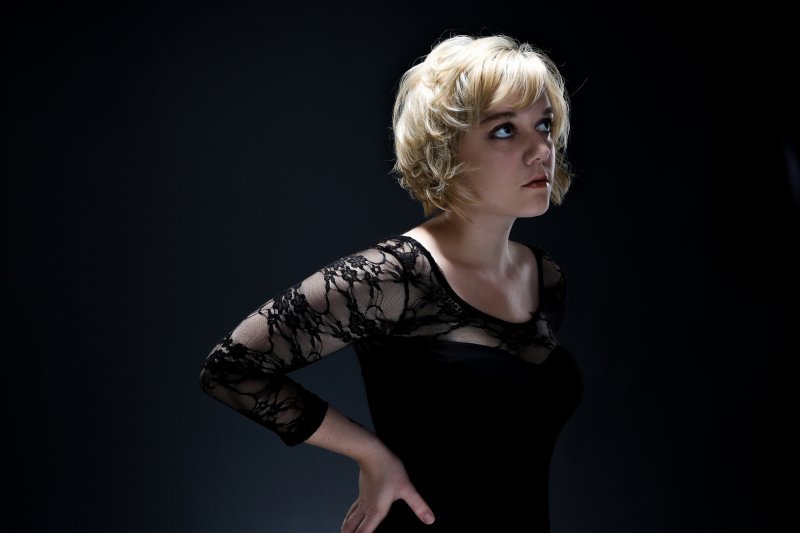 Lydia Loveless and her band returned to the Twin Cities Saturday, November 29, filling up the reopened Turf Club with a furious noise. The crowd was bigger than her last show in April at the 7th St Entry. That has to be as a result of word of mouth as the last time The Current played her music was a week ago, on the Americana show. Though country-rock is somewhat of a staple of The Current’s playlist, Loveless’s most recent album Somewhere Else and her Boy Crazy EP is not getting the same attention as a Dawes or First Aid Kit or Lucinda Williams does on that station. Maybe we shouldn’t care, but it seems a disservice to radio listeners and music fans. Do we really need to hear Johnny Marr’s “Easy Money” or one of the songs off the horrible new Weezer record again? Probably not, the Twin Cities is worse off for not having the proper exposure to Loveless and her band, who made one of the best albums of 2014.

When Loveless arrived in April, she came into town on a whirlwind of buzz about the album, an EP, and her Record Store Day single “Mile High” with it’s B-side of Kesha’s “Blind.” This time, they rode into town not necessarily to promote anything but apparently to tear things up and have a good time as part of a short two-city stint with The Girls! If some of her recent press is to judge, it still seems to be a secret to many that Lydia Loveless and her band rocks insanely hard live. It’s there on the record too, but Loveless’s giant voice is pushed to the front and there’s a little bit of a slickness to the production, making things a little more polished and seeming a bit more country than the actual live execution. Loveless and her band are capable of making a giant noise, or bringing it down to a whisper. Sometimes making noise is just so much more fun.

They ripped through all of Somewhere Else and the only time they really seem to let up was when the band left the stage to allow Loveless to play a couple songs on her own, but to say that things got less intense would be stupid. “Crazy” from Indestructible Machine, once again morphed from the yearning country ballad into something else entirely. Her voice pierced everything and sent an entire life’s worth of loneliness and abandonment into one solitary sound wave, surfing on a ragged bed of Neil Young squall. It was just as powerful when she sung it in April, and it’s apparent now that Loveless is capable of channeling fierce demons when she plays it to make the song hurt so much. It almost felt like she had been abandoned, left up there alone on stage for us all to witness her loneliness. That slowly turned and grew into the solitary rage of “Everything’s Gone.” She was not abandoned, she offered to bare her should in this manner with nothing to hide behind. The distortion on her guitar wasn’t to hide behind; it just drove the message that much more deeply into the audience. That rage kept building into a commanding version of “More Like Them.” Reunited with her band, they gave everything, letting it collapse into a vicious storm of noise, stress and gorgeous notes.

Through out the whole night Loveless was funny, rude, exciting and intensely real. She cracked jokes about her songs (“This song is about constipation,” she said before “It Hurts So Bad”), her band (she stated that Dan Auerbach of The Black Keys won’t produce their record because of some sort of beef between him her bassist Benjamin Lamb – at least I hope that’s a joke), and herself (“I probably farted”). She sang in such a commanding way that it made you question why anyone would ever leave her, disobey her, or not love her at all.

It’s becoming increasingly difficult to explain the abilities and expertise of her band to someone who has not seen them live. They are perfectly suited to her musical whims. Lamb’s REM bass line and Jay Gasper’s REM 12-string guitar jangle in “Wine Lips,” the Fleetwood Mac in “Somewhere Else,” and I swear I heard bits of Ted Leo and Television in “Verlaine shot Rimbaud.” They play with just as much wild enthusiasm as she does. Guitarist Todd May consistently looks like he is strangling notes out of his instrument – it’s amazing to see and the sound he makes is so perfectly suited for the music, like a pristine Nashville string bender who discovered fuzz pedals for the first time. It seems impossible for a band to go up and play that hard for two hours, to keep up with her, but they do. In the two shows I’ve seen them do this year, they have been the best rock band in the world. To be completely honest, they outplayed The Replacements’ concert at Midway Stadium. Each time.

Playing the Turf Club is definitely a step up for Loveless here in the Twin Cities. The new sound system is so much clearer than that at the 7th St Entry, every band on the bill had great sound, but the difference between the April show and Saturdays was remarkable. Unfortunately the higher ceilings at the meant that Lamb would not be playing his upright bass off the ceiling during the end of the set. With the proper support, I would not be surprised if Loveless is playing the First Avenue main room in a year or two.

Fellow Ohioans The Girls! opened the show, playing what they describe on their website as power pop. It seems much closer to Belinda Carlisle fronting an early 90s California pop punk band, with all the pop hooks of the Beach Boys, the Go-Go’s, and every 60s pop group Joey Ramone loved rolled up into a tight power chords and guitar leads that were almost metal, but held back just a little bit. Their songs about ex-boyfriends and love and loss dovetailed nicely with Loveless’s work and singer/guitarist Jessica Wabbit’s voice was just as powerful. I look forward to the next time they’re in town and giving a thorough listen to their album Let’s Not Be Friends.

The Sudden Lovelys from northeast Minneapolis, also opened for Loveless back in April and played after The Girls! They clearly have a lot of hometown fans that enjoyed their show quite a bit. Unfortunately, their aggressive folk style doesn’t appeal to me and it’s difficult to honestly evaluate art for which you’re not in the target audience.