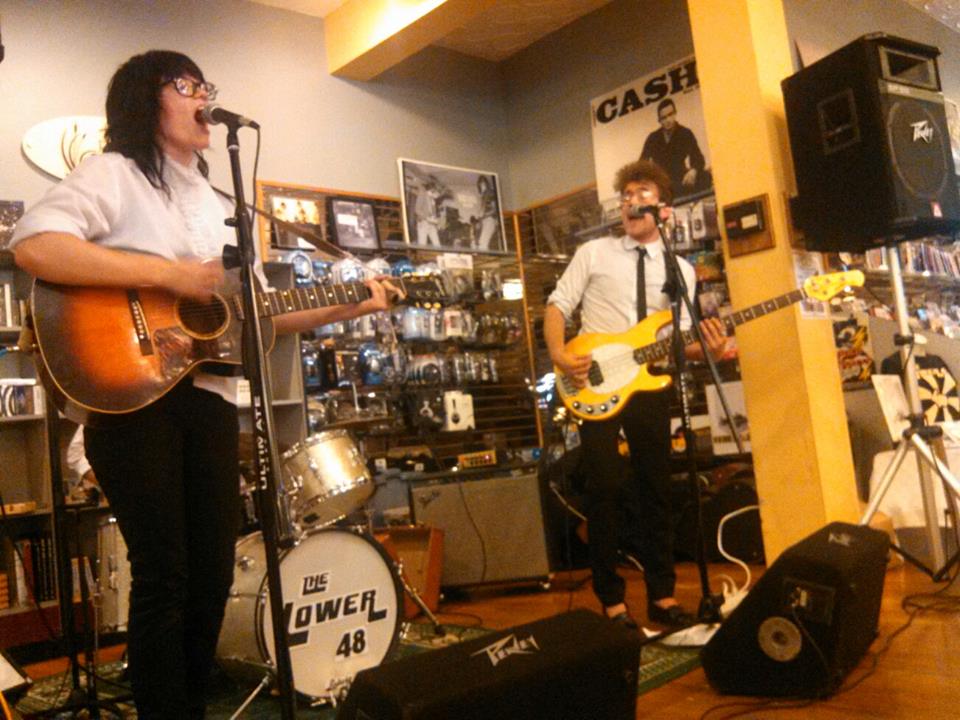 The Lower 48 at the Electric Fetus

Looking for something to do Labor Day weekend in the Cities? I got a sneak preview of what I think could be a pretty good gig for Saturday night. Monday night The Lower 48 played an in-store gig at Electric Fetus. On Saturday they are playing a record releases party at the Triple Rock. If I were in town, I’d go!

I knew next to nothing about the band before seeing them but something drew me to the show. I walked in and felt like a time warp. They were Mod looking with white shirts, black ties and black trousers and very rerto sounding. They could have been a band I would have seen in Northern Lights in the 1980s; they could have hailed back to early days of The Who or the Kinks.

They have a really crisp sound. Nice harmonies both with their voices and instruments. In fact I was struck by how good they all sounded together – a nice balance, where the whole sound was somehow greater than the sum of the parts.

They played a few of the new songs (such as Setting Sun) and a new older numbers as well. Located in Portland now, they are originally from Minneapolis. They appeared to be very well supported by family at the Electric Fetus, but the songs were tight and toe tapping, I suspect they’ll get a good crowd of non-relatives for the Saturday night gig.