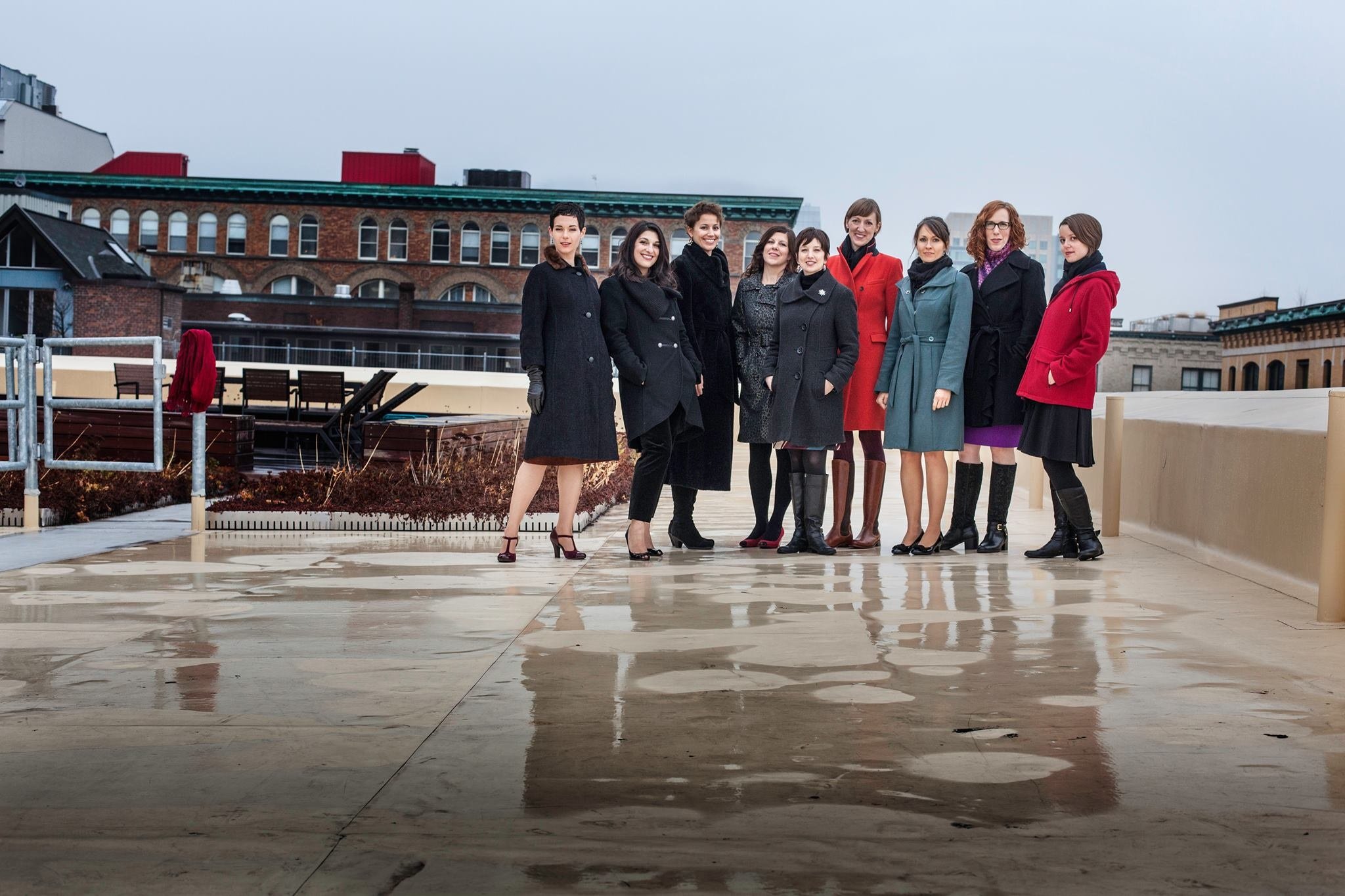 A warm buzz of excitement filled the air on Friday night at Macalester College’s Mairs Concert Hall. Well before the doors opened, hundreds of eager concertgoers filled the lobby, speaking excitedly about the evening’s featured performers. The mass of students that packed the concert hall first was soon joined by an inrush of community members and music afficianados, so that few seats were left by the time the lights dimmed and the Lorelei Ensemble took the stage for a splendid concert of vocal music.

Lorelei Ensemble is an all-female vocal group from Boston, dedicated to performing both early and new art music. These genres have much more in common than might seem obvious, and the affinities and resonances between them were much on exhibit as the program wove back and forth between medieval and early Renaissance polyphony and very contemporary new works. Several of the newer pieces were commissions written specifically for the Lorelei Ensemble, including a noteworthy piece by Minnesota’s Joshua Shank. Although the tyranny of space limitations prevents a detailed discussion of the individual members (each of whom are distinguished performers in their own right), many of the pieces provided moments to feature the rich individual voices and talents.

Watching a Lorelei concert is a dynamic experience. The singers bob and weave, directing passages of music to each other; in much of the medieval polyphony, this highlighted how certain vocal parts were joined and illustrated the shifting connections that enliven them. Many of the pieces were sung without a conductor, too, with artistic director Beth Willer joining the ensemble. The general vocal sound was full but not overbearing, a stark but not austere beauty; many non-traditional stage arrangements also varied and colored the ensemble sound in interesting ways. This worked to special effect in Joshua Shank’s “Magnificat for the Mothers of the Plaza de Mayo”, a memorial piece of sorts to the “disappeared” victims of Argentina’s Dirty War; the number of singers onstage shrank with each movement, until a final heartbreaking solo by contralto Emily Marvosh reduced several in the audience to tears.

The novelty of the concert repertoire was a feature; in the best possible way, this was not a “greatest hits of Classical music” concert. Although some of the early music pieces might have been familiar to early music afficianados, they remain primarily the bulwark of all-male vocal ensembles. Hearing this music with an ensemble of women’s voices is a different but very pleasant experience, especially when that ensemble also has a strong roster of mezzos and altos (as Lorelei does) to anchor the cantus firmus.

Lorelei’s presence in the Twin Cities is the result of a residency organized by Macalester professor Michael McGaghie and funded by Macalester College and the Rivendell Foundation. These organizations should be lauded for the rich addition to the area’s musical life. The result was an evening full of refreshing music that enchanted the ear.