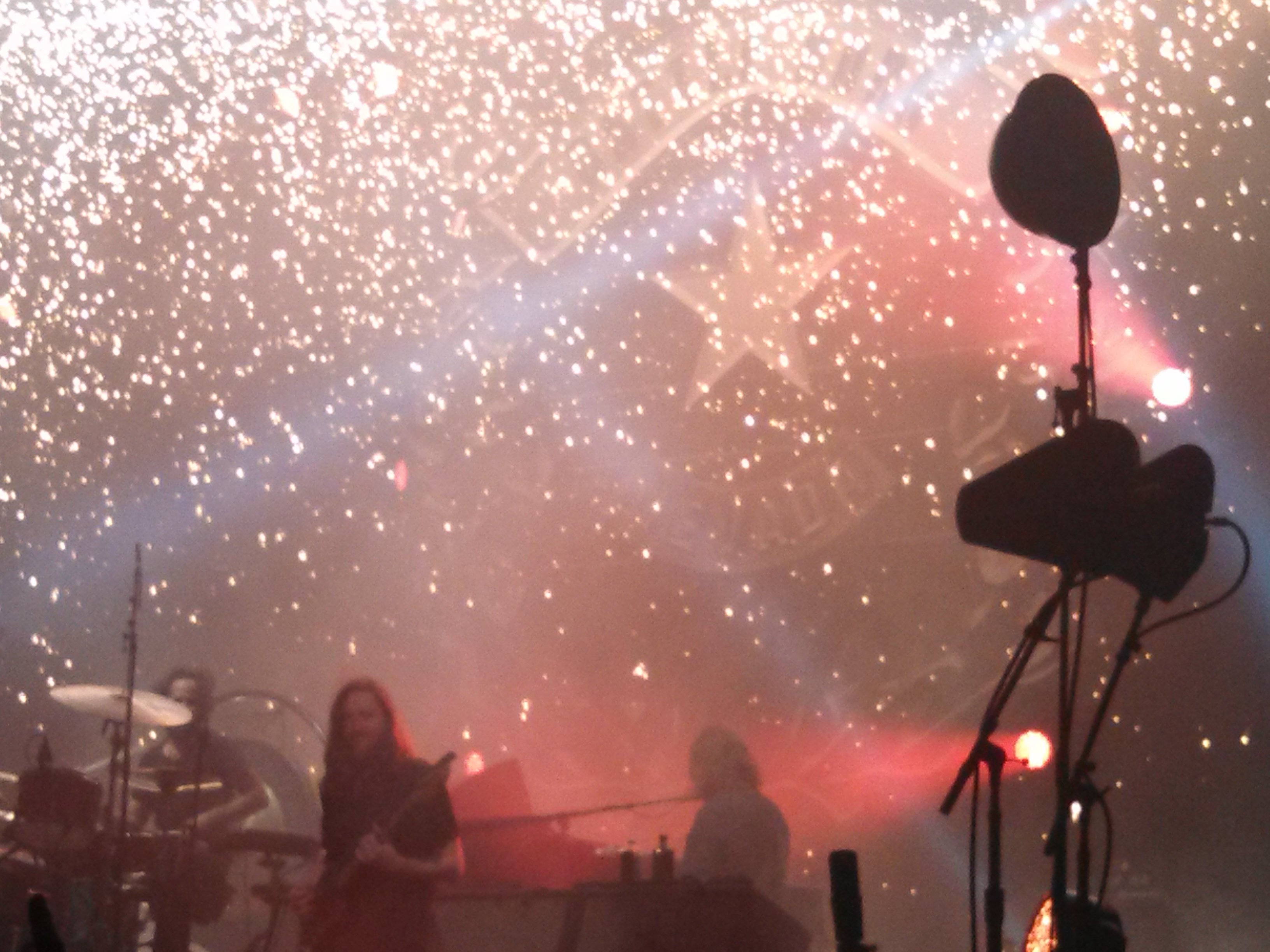 The KIllers at Roy Wilkins Auditorium

Usually I see shows at the Turf Club or the Triple Rock and I like those smaller venues a lot but seeing The Killers at the Roy Wilkins on August 1, I saw what I had been missing – pyrotechnics! It turns out pyrotechnics do draw a person in—almost as much as lead singer Brandon Flowers.

The show started strong with “Mr. Brightside,” one of their best selling songs. That got folks jumping and singing. The Killers kept up that fast pace until “Miss Atomic Bomb,” which is a slower song but also is when the first round of pyrotechnics started—fireworks shooting to the ceiling. Wow!

They played for almost two hours including Somebody Told Me, A Dustland in Fairytale and Human. The lead singer is very charismatic and the rest of the band just looks like the epitome of cool. Although they all look like they are having fun too, which I think adds to their appeal.

A highlight for me was when they played an abbreviated version of Prince’s Purple Rain. I always appreciate when a band does their research and gives a nod to the local music scene. It’s not like it takes a ton of sleuthing to come up with Purple Rain, but it was a crowd pleaser and they did a good rendition.

The show ended with “Battle Born” and more fantastic pyrotechnics and confetti, drum sticks tossed into the crowd and gracious introductions of all of the musicians. It was a little bit big concert, little bit friendly gig. The only other time I heard The Killers live was walking through Hyde Park in London with a three little kids. Tempted as I was to stop, I decided three kids under 13 might not be ready for the London festival scene. I was pleased to get the chance to see them. And I don’t know if it’s that association but although they make it clear that they are proud to be from Las Vegas, their music seems to draw from a definite British sound.

There were two bands that played before The Killers. I missed The Virgins. I heard the second band, who never introduced themselves. Several of us in the audience wondered who they were. It was a strange beginning to what I was afraid was going to be an impersonal arena-type show. So I was pleased when The Killers were large enough to fill the stage and make it seem like a more intimate setting. 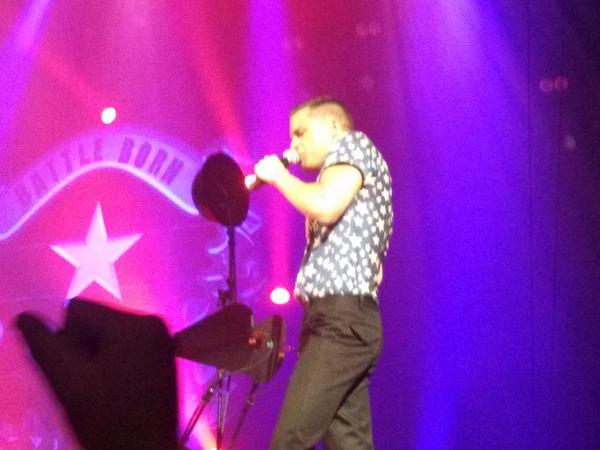