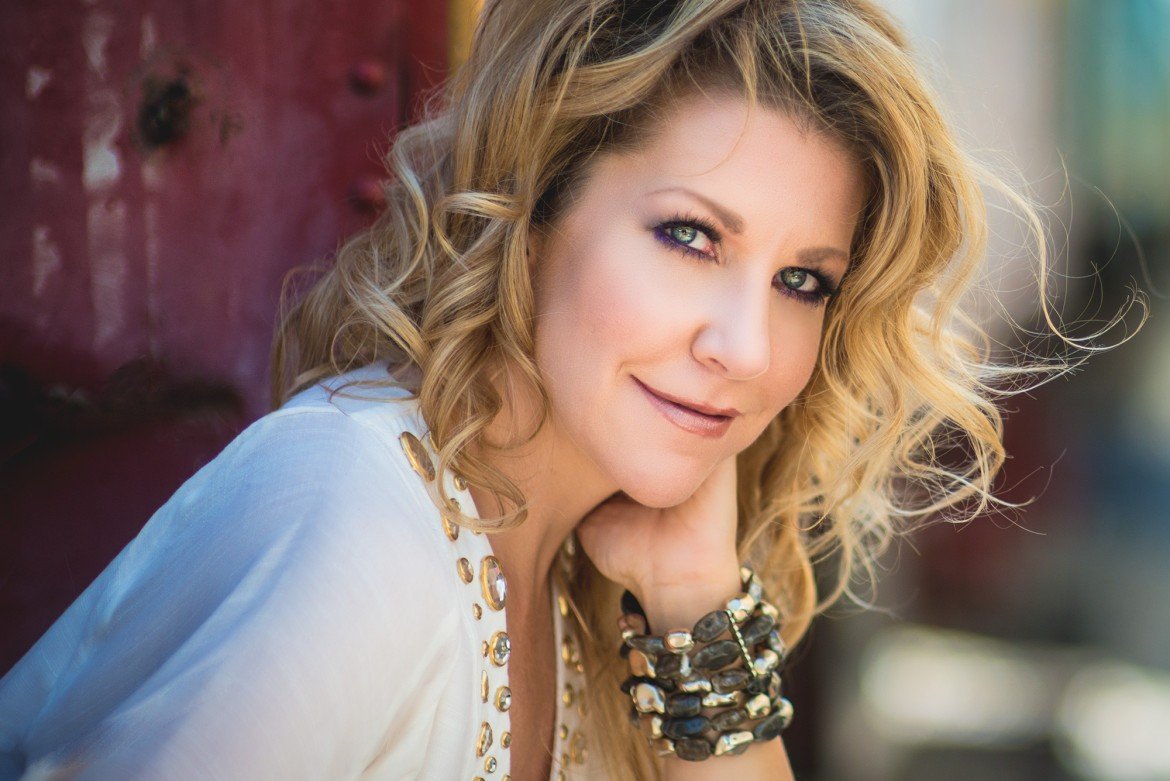 The Schubert Club closed out the 2014-2015 run of of its International Artist Series with some good news and a bang. The good news was that, despite reports to the contrary, classical music is alive and well in some quarters: ticket sales for this five-concert series hit a new record for the Schubert Club. The bang was a sterling performance by mezzo-soprano Joyce DiDonato.

DiDonato is one of classical music’s preeminent stars, an opera singer who fills houses and attracts a dynamic fan base that cuts across age groups. Her performances are renown not just for her vocal beauty and skill, but also for her acting and character portrayal. Where, then, to begin with describing Tuesday’s recital?

One could start by talking about the repertoire, which hit a few old favorites but mostly veered into less familiar territory. The decision to open with Fernando Obradors’s beautiful but circumspect Canciones clásicas españolas evoked much discussion during intermission; in most cases, starting with such understated material would be a difficult task, but DiDonato stilled breaths even before the warm quavers of her vibrato washed over the audience. For the voice students in the audience, seeing DiDonato take a simple aria like “Voi che sapete” from The Marriage of Figaro – a staple of mezzo training, and often derided because of its association with very early vocal training – and turn it into a masterfully polished and compelling artwork of a performance was like turning the world upside down.

Alternately, one could start by talking about the pianist who accompanied DiDonato onstage, David Zobel, who has played with DiDonato on many occasions. Zobel is one of the rare breed of collaborative pianists who is so musically present that the weaving of lines of sound is not only perfectly fitted to the singer that the music seems spontaneously to align and ring. Were he to have played without DiDonato, his musicality is such that the hammers of his instrument alone would have compellingly rendered a shimmering world of songs without words. Together, though? The crowd filling the Ordway’s Music Theater basked in a mix of the profound and ineffable manifested as musical sound.

One of the purposes of celebrity series concerts like the Schubert Club’s International Artist Series is to present the cutting edge of solo music performance. Another is to enhance a center of performance, building the artistic momentum of hubs like the Twin Cities by linking them to the global arts stream. A third raison d’être is much more simple: to wow audiences with an experience so magnificent and removed from the norm that it leaves an impression not soon forgotten and is hard to describe in its wondrousness. In these respects Joyce DiDonato and David Zobel’s performance was the perfect end to the series – and to an evening.