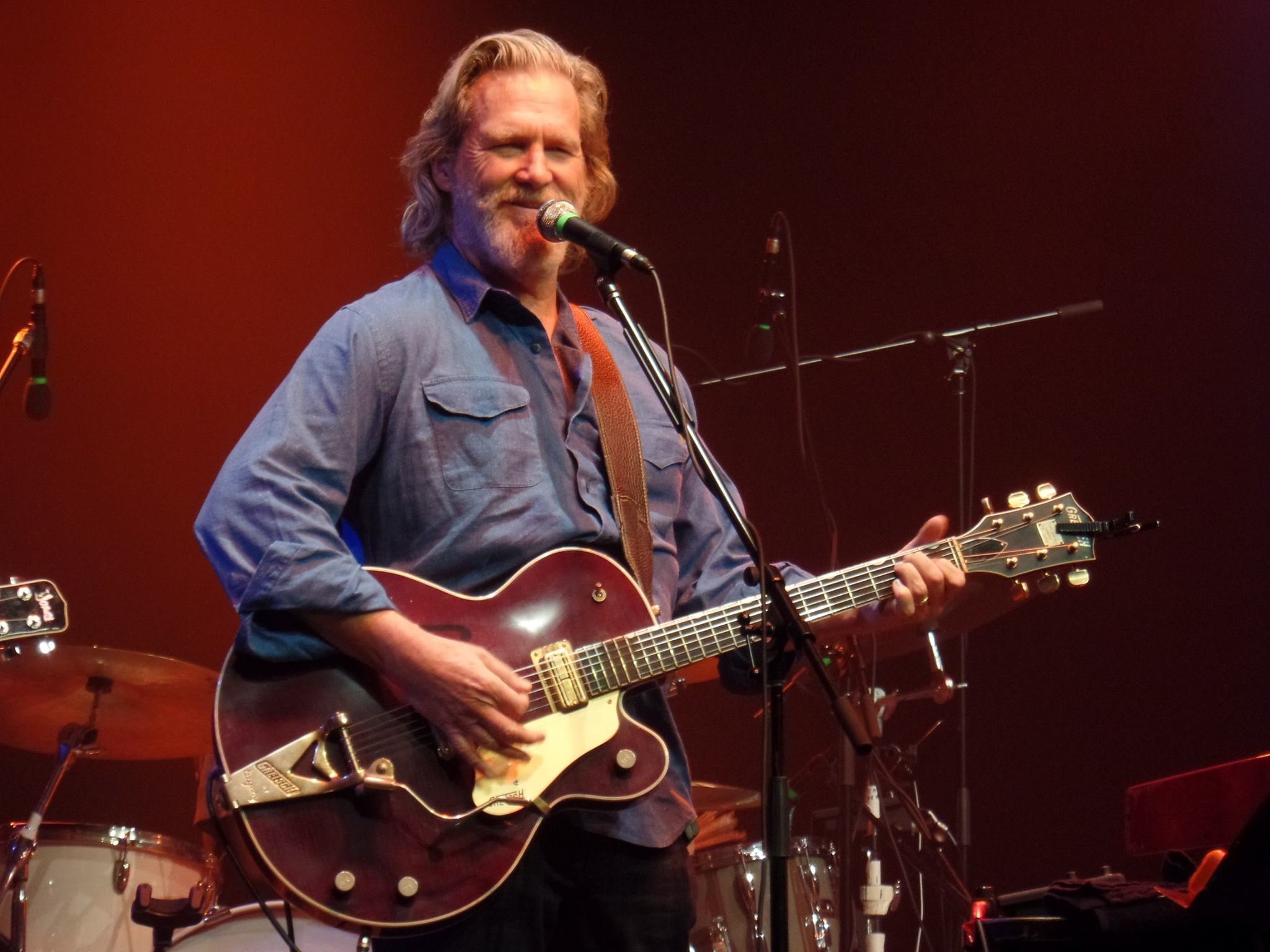 Jeff Bridges and The Abiders entertained Midwest fans Sunday evening at the Pantages Theatre in downtown Minneapolis. The band plays bluesy country rock that’s a little bit laid back and a little bit riff raff while infusing a whole lot of sincerity and some touching, soulful stories. There weren’t any particularly magical musical moments on stage, but Bridges’ shout-outs to his many friends, touring colleagues, and past collaborators sure made him seem like one of the kindest and happiest dudes on the planet. A couple of surfing references and some nods to his acting education let us know he was from LA-la-land, but a peace of mind and comfort in his own, good-lookin’-skin, gave a grounded, super down-to-earth-guy impression.

The song list was heavy with features off the forthcoming Live album, and a varied catalog of tunes written by Bridges’ life-long pal, John Goodwin, but some rock classics from CCR-Creedence Clearwater Revival, Tom Waits, T-Bone Burnett, and Townes Van Zandt were in there, too. Bridges chose to end the 90-or-so-minute set with the Dylan tune “The Man in Me” and The Byrds classic “So You Want to Be a Rock ‘n’ Roll Star.” Bridges, again in keeping with his big picture attitude, also gave mention to being directed by Minneapolis-born, Monty Python-fame, Terry Gilliam in “The Fisher King.” This mention evolved into Bridges dedicating the show to his co-star, the late, great Robin Williams.

Most people rightly associate Bridges with a storied acting career, spanning his entire 60-plus year life, with starring, storied roles in (to name a few) “The Last Picture Show,” “True Grit,” “The Fabulous Baker Boys” and, of course, “Crazy Heart” and the local Coen Brothers’ cult-classic “The Big Lebowski.” However, Bridges has been touring off and on with The Abiders since the Blue Note Records’ release Jeff Bridges in 2011. Bridges has noted that music has always been present in his life and career in interviews over the years. In Minneapolis, he looked comfortable up on stage behind guitars and keyboards—no acting involved his musical performance.

Although Bridges is the headliner of the band, Sunday night the stars were his fellow musicians (all buddies from the Santa Barbara area) including musical director Chris Pelonis, Tom Lackner, Randy Tico and Bill Flores. As he introduced the guys, he offered kudos to each, so the audience definitely understood that this is a tight, friendly group of pals. Bridges iconic stance and raspy voice provides the anchor to the rockin’-out bandmates who didn’t solo, per se, but certainly entertained with a few great center stage moments. Bridges would occasionally acknowledge the more-than-a-few “dude” calls from the audience, but he did a great job keeping the focus on the music and the stories created along his journey. Overall, the groove was mighty and soul was in the house. Nice gig when you can get it!