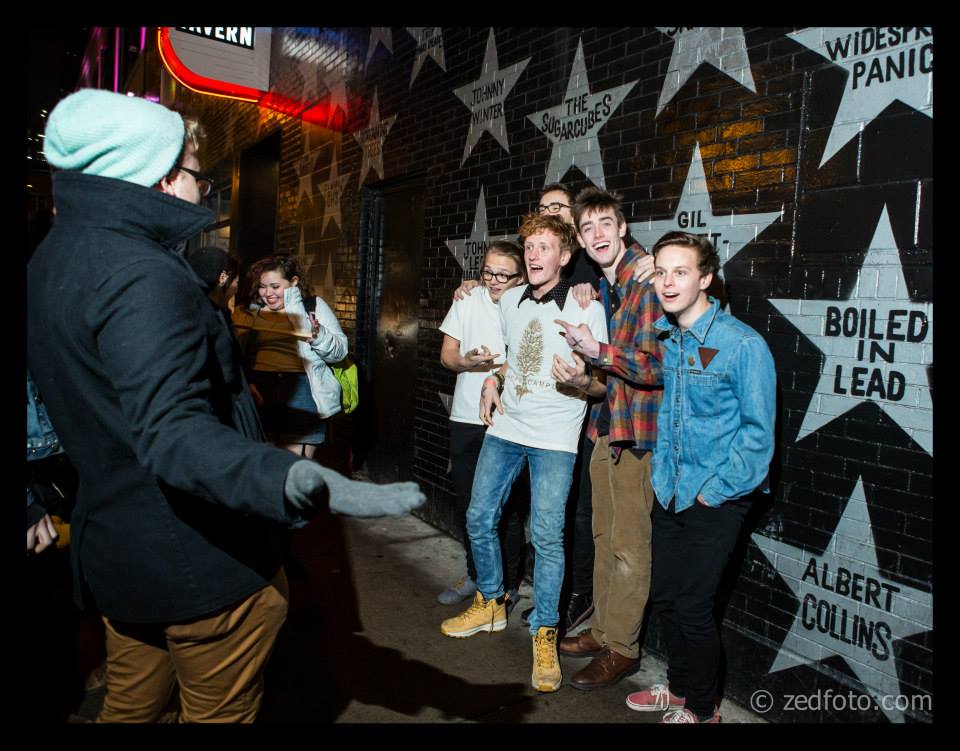 Hey guys, it has been a while, so please excuse me if my writing’s a bit rusty. If you’ve forgotten my existence entirely, or are reading my writing for the first time, my name is Lindsay LaBarre and in my 19 years of living I have gone to copious amounts of concerts. The most recent concert I went to, and the topic of today’s review is the sold-out Hippo Campus show at Triple Rock on December 27th.

For starters—though I’m not really one to talk given my age and stature—this was the shortest crowd I’ve ever seen at Triple Rock, which could be attributed to the fact that most of the people up by the front of the stage were young women. A local band called BB Gun started off the early show with what I can describe only as your run-of-the-mill indie rock band, though they did learn slightly more towards the rock side than the indie side. I found all of the songs to be slight variations on the same musical theme, and nothing about their performance struck me as exciting or unexpected. They did harmonize a little bit more often than your average indie band, but that’s about it. They weren’t the worst band in the world, but I wouldn’t go out of my way to listen to their music or see them again.

Hippo Campus, the up-and-coming-local band, were the headliners of the night, and managed to sell out the Triple Rock. The first time I actually saw (parts of) Hippo Campus was early in high school, when they played in a battle of the bands against my friends’ brothers’ during St. Paul’s Grand Old Day band and ended up winning. As Whistle Kid, they were more of a Black Keys-esque high school rock band. That being said, they were good for high-schoolers. And the same idea struck me at the show. They were a Two Door Cinema Club-esque college rock band that were good for college-age kids. They were overall, much more satisfying to watch perform than BB Gun, but they too did not particularly surprise or excite me. In my opinion, the perfect fan for them is a young person who is just getting into the local scene and already enjoys indie pop bands. Hippo Campus is a fun and energetic band but don’t really push the boundaries. Despite this, they are all talented, and I would not discount them right away. Maybe we’ll wait a few years and see if they have something a little more inventive in store.