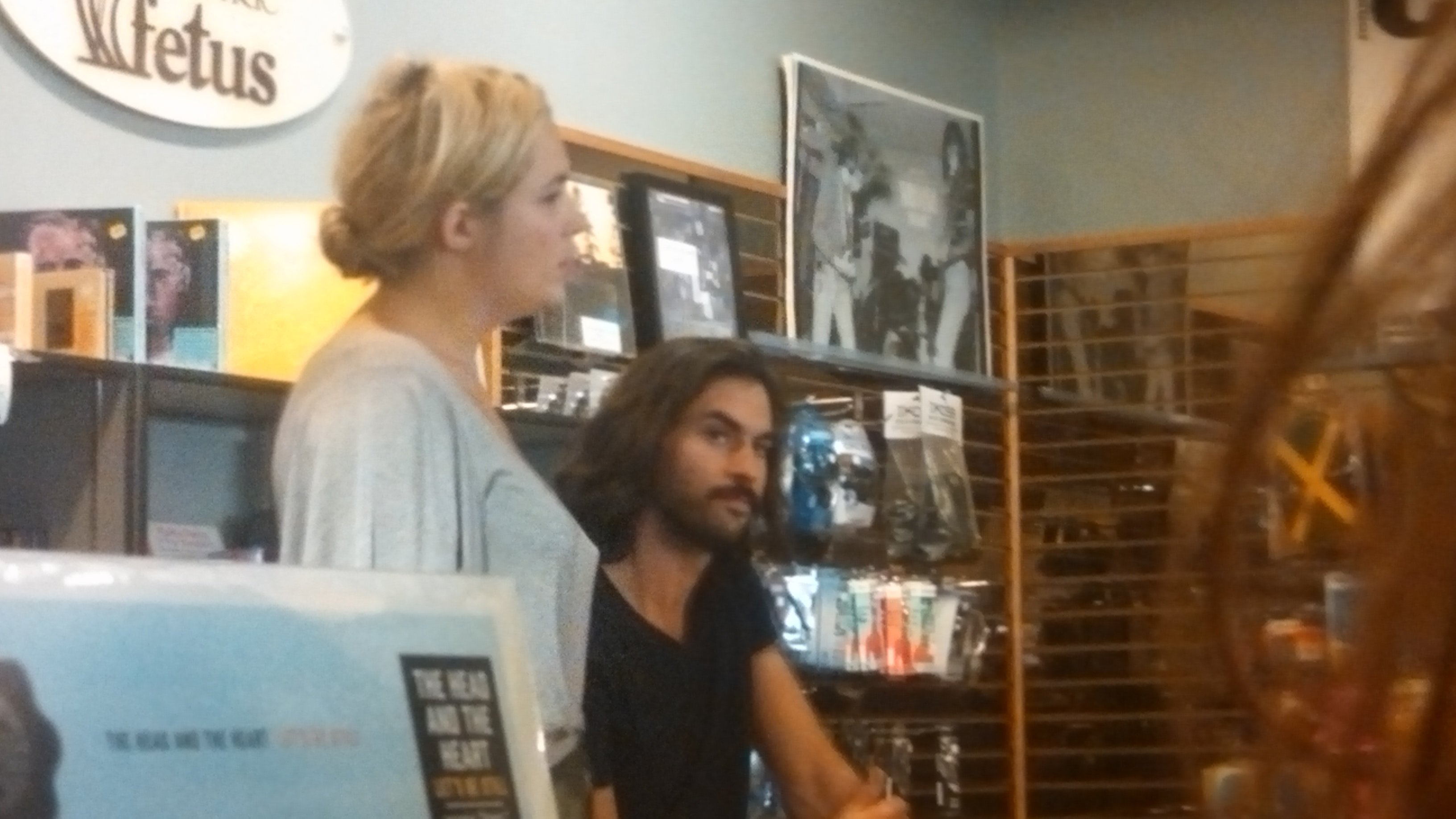 The Head and the Heart at Electric Fetus

Being a rock star seems like fun – until you realize that between two sold out performances at First Avenue you might get to play an in-store performance at a record store and then sign autographs and you might get hungry. That’s not to say The Head and the Heart weren’t great Sunday afternoon at the Electric Fetus and it’s not even to say they weren’t having fun, but it seems like a lot of work on a weekend. (Rumor has it they also did a studio performance for The Current.)

Three (out of six) band members took to the record store stage: Charity Rose Thielen (vocals/violin), Josiah Johnson (vocals/guitar) and Jonathan Russell (vocals/guitar). But they did seem to be having fun. They started with a few songs that aren’t yet on any  album, before jumping into “Shake.”

Their music is pretty. The melodies are pleasant, the harmonies are spot on. A couple of songs reminded me of Simon and Garfunkel; it’s that old school and timeless sound with thoughtful lyrics. I was especially impressed that such a young band could write and play “Honey Come Home,” with details of a lifelong love, apparently a splintered lifelong love.

In between songs, the band spoke about food – nutter bars, coffee and popcorn. The popcorn came up because they were eating it, while playing. Well, eating and playing, but not successfully at the same time, which made for a couple of fun false starts for songs – but it’s the kind of insider thing that makes an in-store performance so much fun.

They ended with “Lost in My Mind,” which was a definite high point. Then I left and felt a little bad as I watched fans line up to get their autographs. I hoped they got out in time to grab a bite before the evening show at First Avenue.