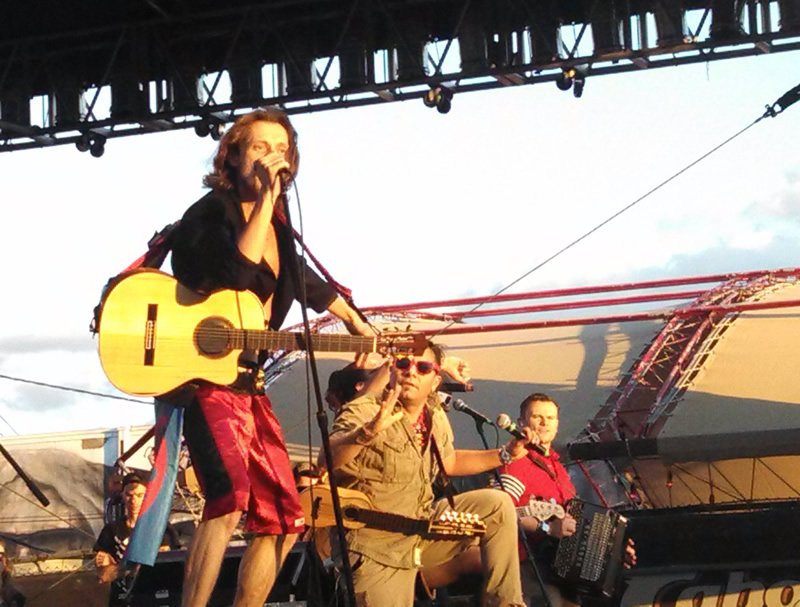 Eugene Hütz from Gogol Bordello at the Cabooze Outdoor Plaza

One gorgeous summer night on the Minneapolis West Bank. Two brats. An outdoor stage. A couple of beers. And a Gypsy Punk band. It’s a perfect recipe for a night that makes you wish every night were Friday and summer as Gogol Bordello and Viza entertained the crowd at the Cabooze Outdoor Plaza on Friday, August 2.

Gogol Bordello has a unique sound –danceable, punk and old world. While the band hails from New York, the lead singer Eugene Hütz is originally from the Ukraine, and the Ukrainian influence is evident in the sound. They played a lot of songs off the new album – especially toward the end of the set. The real crowd pleasers were Break the Spell and Start Wearing Purple. They are at least as much fun to watch as to hear. The attire, the bouncing around the rowdy accordion player, the see-through violin.

Gogol Bordello has been playing together since 1999 and the crowd last night included a great span of ages from 18 on up. Near us was a guy in his 60s who mentioned that he was shocked to see so many other people who enjoyed the band. He had been a fan for years but this was his first time seeing them. He didn’t look like he spent a lot of time at concerts but somehow he made his way to the front of the crowd with another fan on the opposite end of the spectrum, an early twenty-something who seemed to spend half the show crowd-surfing and the other half being admonished by the bouncers.

I would be remiss if I didn’t at least mention the recent lawsuit brought against Eugene Hütz by former band member, guitarist Oren Kaplan. Kaplan is suing Hütz for allegedly stealing a half million dollars from the band. No mention of that at the show. 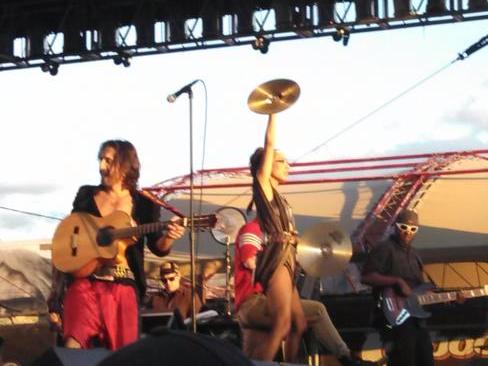 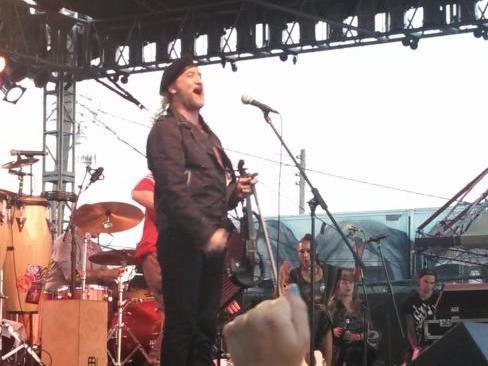 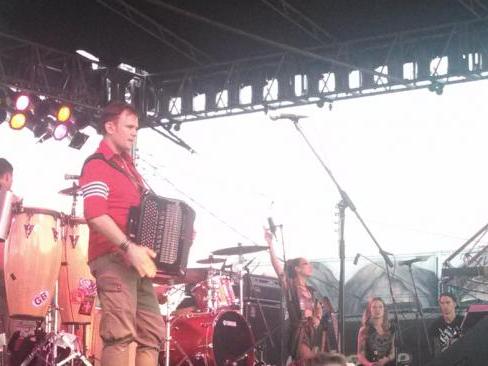