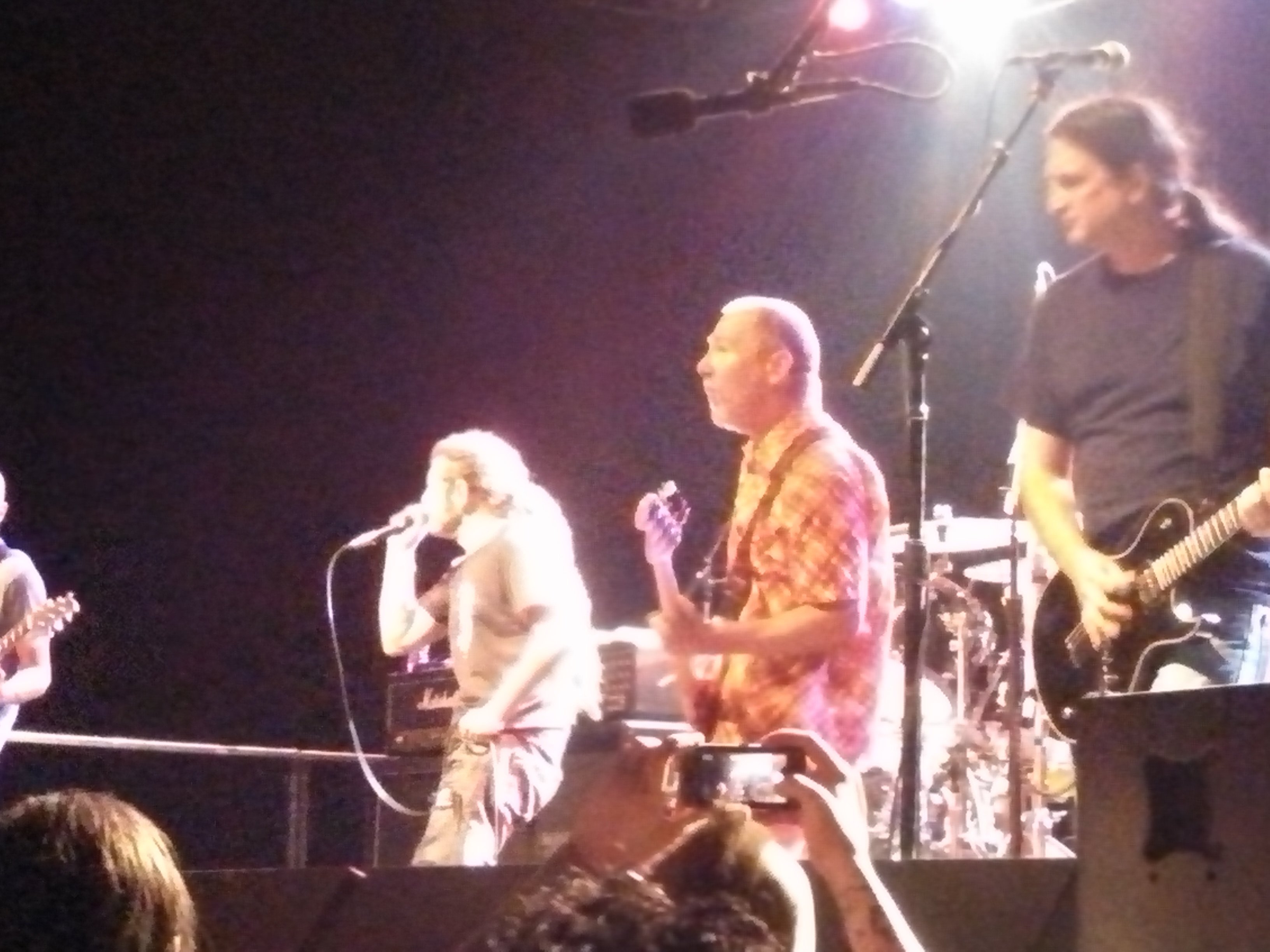 Friday night (Sep 13) Flag proved that Henry Rollins is a nice to have, but not a need to have. Flag is the hardcore punk stalwart Black Flag, minus lead man Henry Rollins. It’s not some iteration of Black Flag, it includes original or early members Keith Morris, Chuck Dukowski, Bill Stevenson and Dez Cadena with Stephen Egerton. Morris was quick to say once on stage that they weren’t Black Flag, they were Flag.

That being said, the songs were Black Flag. They were loud, fast and got the crowd going.

I’m always impressed at how First Avenue will allow a controlled mosh pit. There are rules (no crowd surfing, no piggybacks) but otherwise it’s pretty self-patrolled. People fall, they’re picked up. You start knocking into people, you’re going to get some help diving into the pit. You’re tying your shoes, people are going to watch out. One of the reasons a mosh pit works with hardcore is that most songs are two minutes long; so the moshing never goes on long enough to get too heated – just a little sweaty.

Flag did a range of Black Flag classics: Rise Above, Gimmie Gimmie Gimme, Six Pack, Police Story and more. I’ve seen Balck Flag at First Avenue. This show was at least as good. It felt like going back in time; I started going to First Ave in the 1980s to see Husker Du, Rifle Sport, The Exploited, Blind Approach; First Ave will always be home to hardcore punk for me.

There was a little of the classic talk from the stage about accepting anyone – skinhead, Mohawk or hippy long hair, which always makes me laugh. Other than that it was just a lot of loud, fast music. Exactly what the crowd wanted.

I also saw about half of the TSOL show. Again, very old school. Lead singer Jack Grisham told a story of early visits to Minneapolis when they band would stay in Grant Hart’s parents’ motorhome. So I wasn’t the only one who was nostalgic. TSOL is a fun band to watch. They facial gestures and interaction from the band members is fantastic. But the shining light in the set was Anthony Biuso on drums. Not only can he just mop the floor with the drums – he can throw up the sticks and catch them every time.

My favorite part of the night was watching Chuck Dukowski. He was a vision in red pants and leisure shirt. But I watched him play bass quietly under the stage during the TSOL and then come to the stage ready hit it when Flag took over. That is someone with passion. That is someone who loves their job and the music!