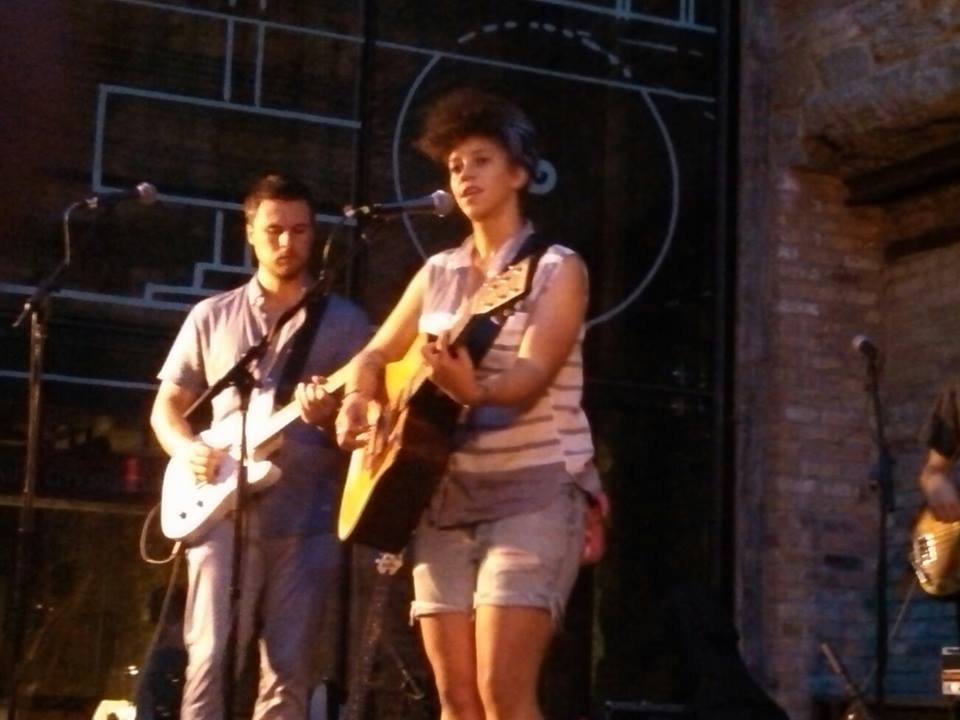 Wednesday, August 28 was the final night of the Mill City Live series, it ended on a bluesy high note with the Chastity Brown Band. Chastity Brown is one of the most gracious musicians I have seen. She thanked everyone for coming to the show for being part of the community of music. She got people singing along, got them clapping and got them standing if not dancing. She called out to friends from the stage and I got the feeling that while she smiled as if they were long lost cousins that really they just might be long-standing fans. And she shared about her life and love of music. She described herself as a folks singer and a Minnesota outsider who has been welcomed in. She spoke about the stage as a front porch.

And she sang. They started with slow soul songs that drifted int a great blues number Brown apparently wrote about a guy in eastern Tennessee. The song began with rhythmic blues cadence and ended on an upbeat tempo. She followed that up with  couple of very twangy folk songs. Her voice is distinctly sourth but I htought I heard just a little hint of Prince swooning in a song or two. It was fun to see the MInnesota influence.

The second set was a lot more rocking, starting with After You.  Watching Brown sing After You is half the fun – the dancing and foot stomping between waves of song that could go on all night. She played a couple of new songs, in fact one song that she allowed was just a couple weeks old, which added to the intimacy of the show.

The musicians backing her up were serious musicians. They seemed to get the most and varied sound out of the instruments. The guitarist sounded like a harmonica during some songs. While the keyboard player could sound like a piano or organ.

The night ended with Lift Us, where Brown got the audience to chant the chorus. It was a sweet ending to a great summer music series!