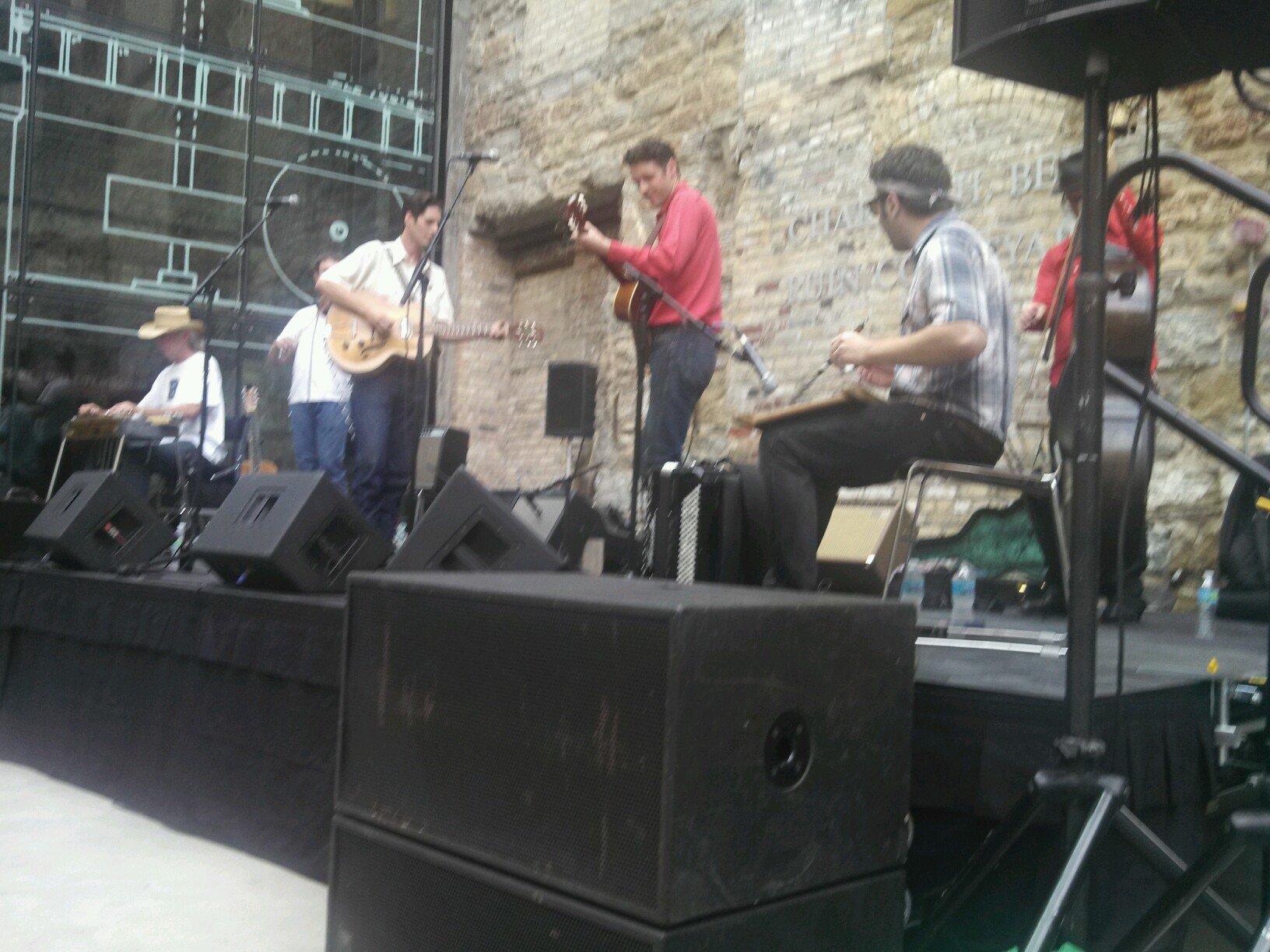 Listening to old school country music used to be a guilty pleasure but musicians such as the The Cactus Blossoms are making it cool again one note at a time. They sounded great on Wednesday, August 21 in the Ruin Courtyard of the Mill City Museum.

The Cactus Blossoms are real country–think Hank Williams’ “Your Cheating Heart.” Their songs are about misery, heartache, waking up in jail on Christmas and a new song called “We’re Almost Out of Everything.” It’s everything you’d ever want out of a country concert. And the band looks like the country band you’d picture seeing as a kid–I don’t care what age you are. Whether you watched The Old Barn Dance, The Porter Wagoner Show or Barbara Mandrell–The Cactus Blossoms look and sound like this week’s musical guests.

On stage at the museum were Jack Torrey (vocals/guitar) and Page Burkum (vocals/guitar) with Randy Broughten (steel guitar), Josh Granowski (bass), Jed Germond (fiddle), and Patrick Harison (accordion and washboard looking instrument). The played a nice blend of old country classics and new songs that will be on their upcoming album, which was recorded live at the Turf Club on July 5. (I was at that show; I think they played for six hours–which must have given them lots of materials to select for the album.)

They played “Adios Maria” with an upbeat tempo, which they’ve been playing for years. And one of my new country favorites “Today is a Sad Day to Be You”. Again it’s just everything you want a country song to be; it’s slow and twangy and the words are full of a wallowing and almost hopeful despair.

Just a few words on the location. It’s gorgeous! It’s great to have a venue to bring kids to experience live music. There was plenty of room to dance and a few folks up dancing— always important to me! During the break we got to see a reenactment of a flour explosion in the mill and on the way out we got an Izzy’s ice cream cone. A perfect summer evening. My only complaint: there wasn’t a lot of breeze rushing through the Ruin Courtyard and on a hot night that can make for some sweaty dancing.

Wednesday August 28 will be the last of the Mill City Live music series. Chastity Brown will be playing.