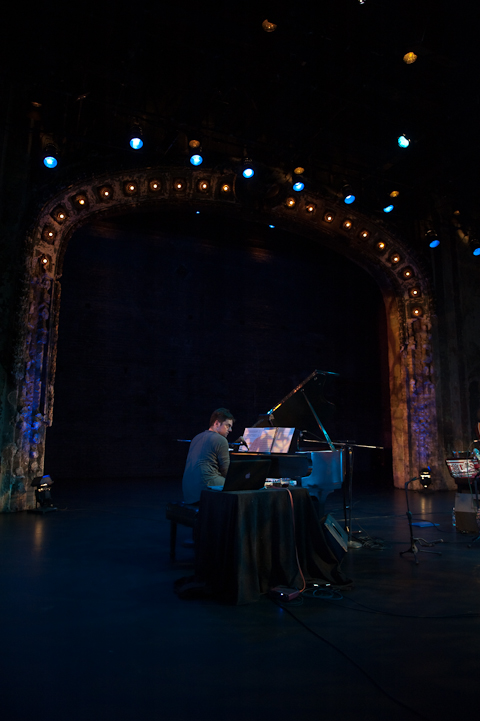 At the first of two sold-out shows, composer Nico Muhly and troubadour Sam Amidon entranced a Southern Theater audience with support from violist Nadia Sirota. In turn and together, the three played Muhly’s original compositions and traditional folk songs arranged by Amidon and Muhly.

Kate Nordstrum, director of music programming at the Southern, told me she regards Muhly as the greatest American composer under 40, and he appeared as the very picture of a 21st century composer. Besides his grand piano, he had a small electronic keyboard and a laptop at his disposal; he used the laptop to play prerecorded accompanying tracks, but he had such facility with the setup that he may well have been checking his e-mail while he played. Wearing a thin sweater trailing tails reminiscent of a traditional conductor’s tux, Muhly played a few of his original pieces—including at least one world premiere performance—and chatted about his world travels and his New England upbringing. (“With my parents, it was much about organic arugula.”)

Amidon, like Muhly a Vermont native now based in New York, stood straight and still at center stage while singing songs of death and desolation. With his perfect pale complexion, his curly hair, and his ultrasincere approach to his craft, Amidon is a throwback to folk revivalists like Tom Rush and Donovan. He has a powerful, wide-ranging voice, which he mostly deploys in a slightly nasal, roof-of-the-mouth keen familiar to listeners of Gordon Lightfoot. The songs he performs are familiar, but made slower and more spacious, almost dream-like. The effect is aesthetically captivating, though not as moving as the less antiseptic performances the songs have been given by performers like Ralph Stanley and Bob Dylan.

Besides supporting Muhly and Amidon, Sirota took a couple of turns in the spotlight, playing Muhly’s compositions with formidible craft and great passion. Muhly’s style as heard on Wednesday night is closely related to the style of Aaron Copland, whose compositions balanced folky melodies and rhythms with the sounds and ideas of the mid-century avant-garde. Muhly, Amidon, and Sirota are clearly musical soulmates, and it was a treat to see them on stage together.

(Note: Even if you don’t have tickets for tonight’s show, you can meet the artists at a post-show reception hosted by the Red Stag Supperclub in Northeast Minneapolis.) 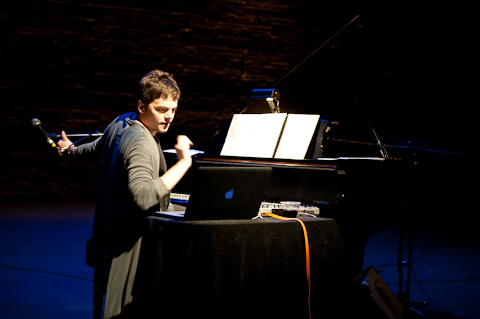 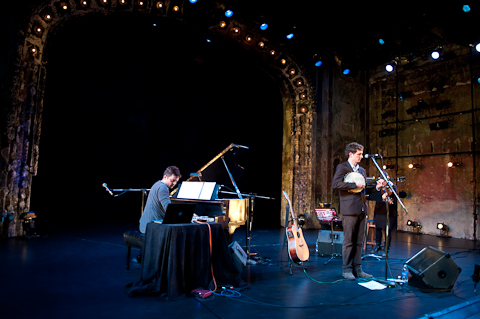 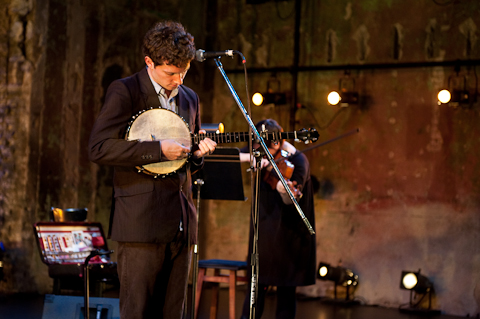 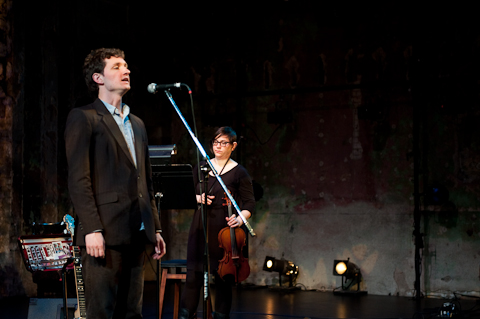 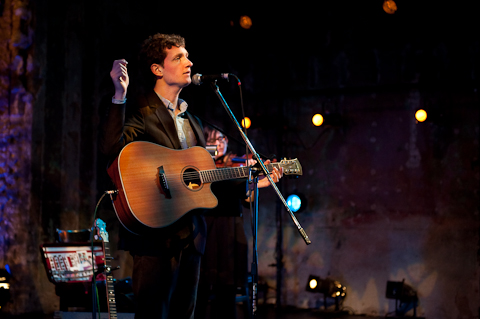 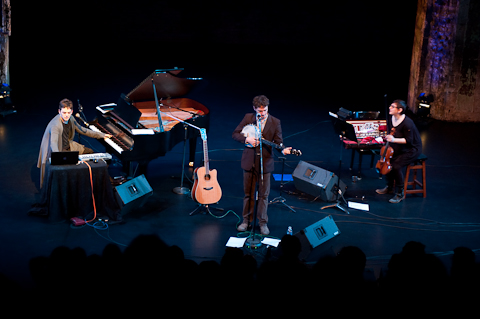 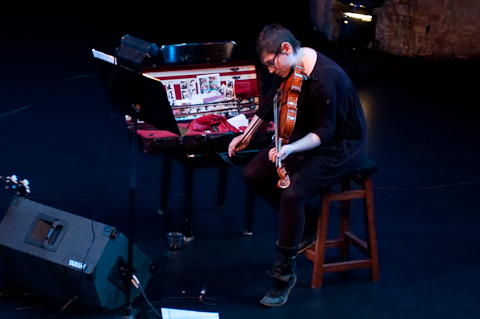 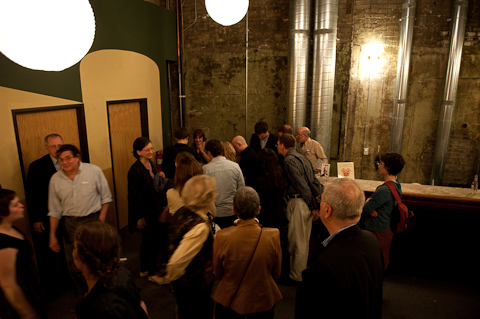 A crowd gathers to meet Sam Amidon in the Southern Theater lobby after the performance.