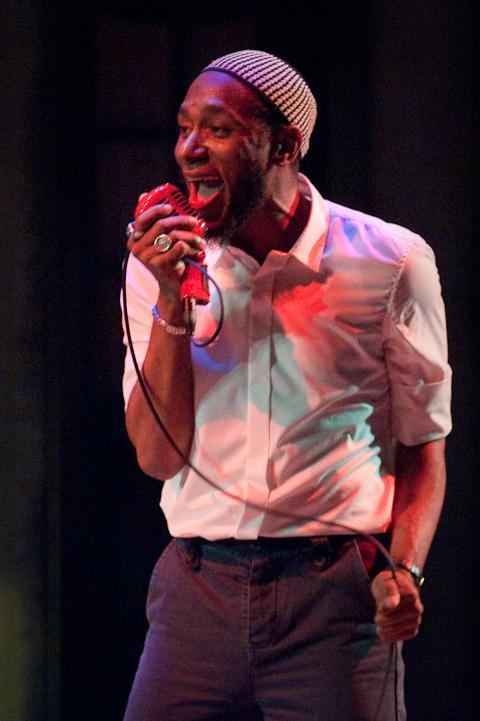 Monday night was my first Mos Def concert, and it turned out to be a lot like my first trip to Disney World: it took me a while to realize it’s not about the thrill rides, it’s about the people movers.

The Guthrie Theater’s Wurtele Thrust Stage was surrounded by a crowd any artistic director would sacrifice a pinkie toe to have in the house for an actual play: diverse in race and age, smartly dressed in hipster couture from horn-rim glasses to majorette blouses. The stage is set for A Streetcar Named Desire, and as his two DJs played an intro, the MC sauntered out of the Hubbells’ upper-level apartment, waving to his faithful like the Pope of hip-hop.

Mos Def is now almost as well-known as an actor as a rapper, but he’s been making music for as long as Justin Bieber’s been alive, and he drew on his long discography for a set that was punctuated by snatches of songs from Ray Charles’s “I Got a Woman” to Prince’s “If I Was Your Girlfriend.” (“There are lots of kings,” said Mos Def, “but only one P-R-I-N-C-E.”) He boogied and sang along to all the songs, giving the concert the feel of an evening with Mos Def and his iPod.

Setting the concert at the Guthrie provided a welcome opportunity for us to feast our eyes on Todd Rosenthal’s meticulously detailed set, but the show might have been better served by a venue with a looser vibe—Mos Def himself noted that he felt like he was being interrogated, with the crowd rising up all around him. (And yes, he did once yell, “Stella!”) The sound was also poor, both for Mos Def’s set and for an opening set in which Dessa’s typically passionate performance was muted by muddied vocals.

Nonetheless, the crowd clearly enjoyed their cheerful encounter with a great performer. “He just radiates intelligence and humor, all the time,” wrote Dave Stagner in a comment on Facebook. “There’s something about how he carries himself.” 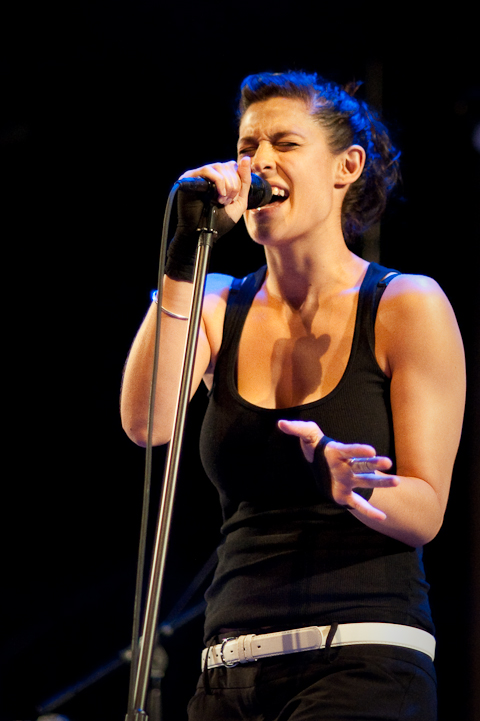 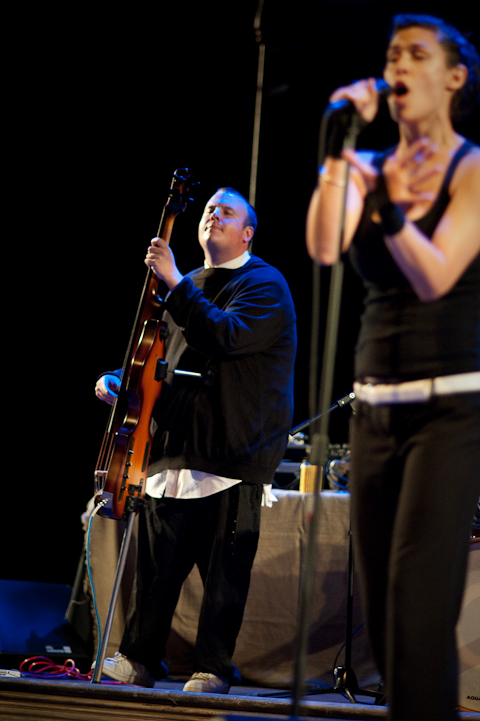 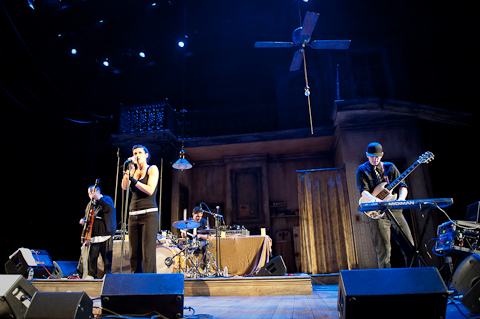 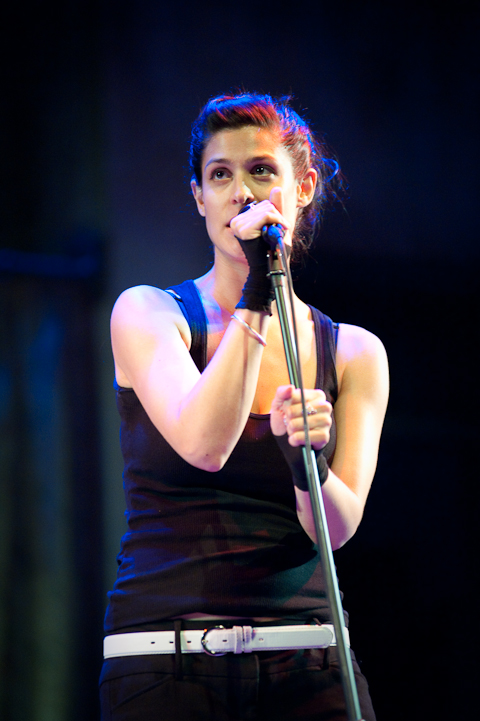 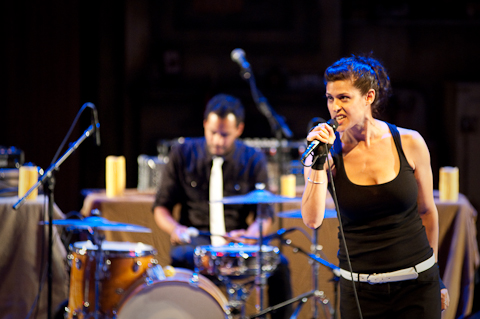 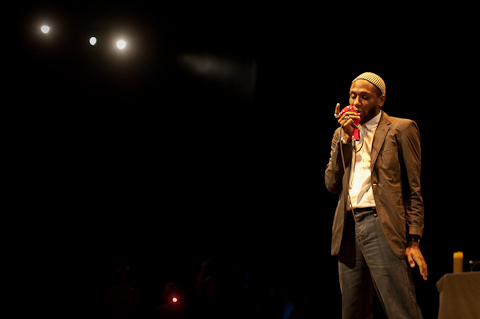 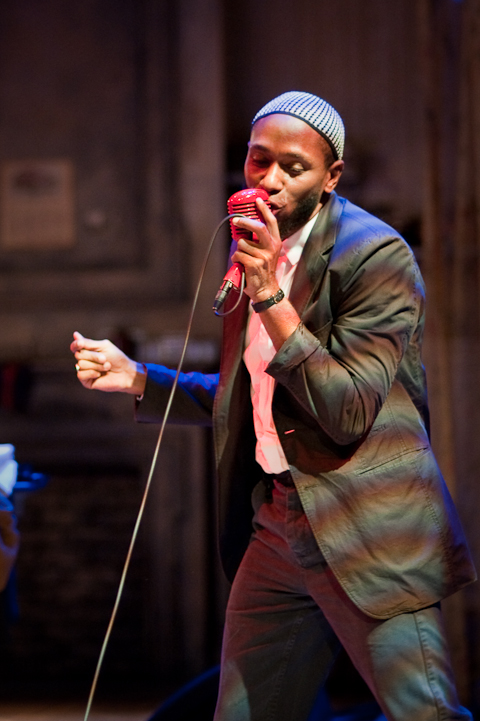 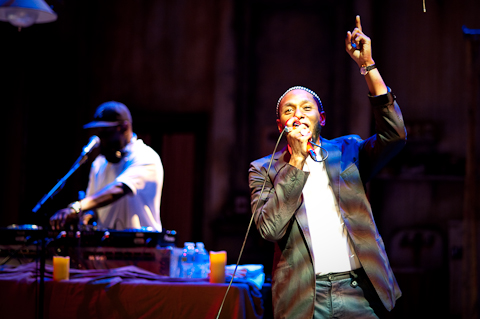 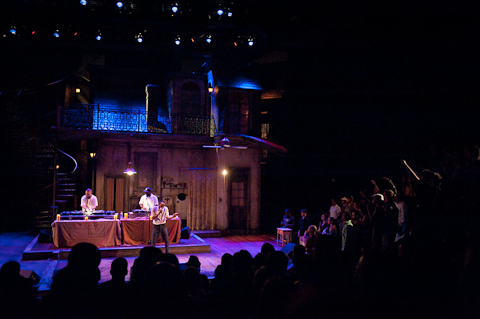 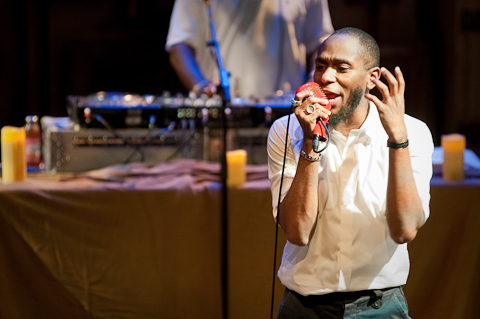 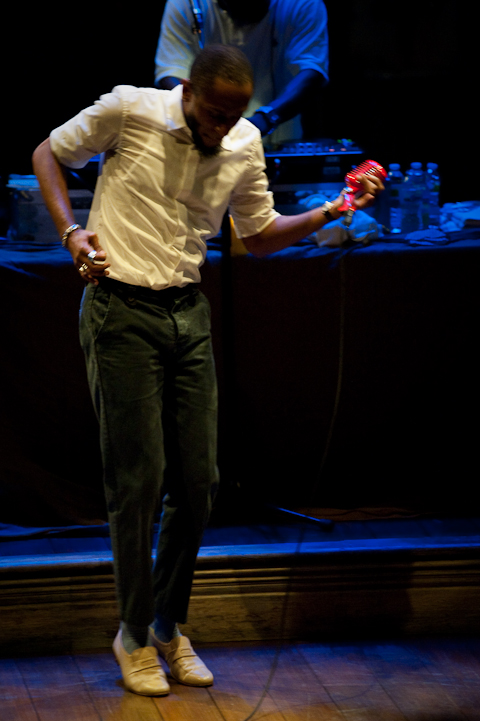