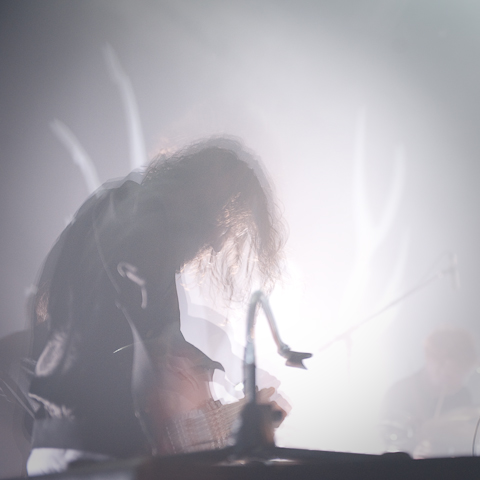 Wednesday morning I searched Twitter for “Miike Snow” to see what people were saying about the previous night’s show at the Varsity, only to discover that the most illustrative tweet came from Australia. @Jakesamways quotes a text from his friend Jeremy: “Dude, baked, skating home by myself. Animal by Miike Snow comes on. Never been happier.”

A friend of mine at the show also put it well. Grabbing my elbow, she yelled, “It’s, like, schizophrenic! I’m like, you’re two Swedish DJs, and you’re an indie rocker, and you’re playing together!” Indeed, Miike Snow—that’s the band’s name, not any one member’s name, and the back-to-back vowels are a tribute to Japanese director Takashi Miike—are a highly theatrical hybrid of indie rock (represented by American singer-songwriter Andrew Wyatt) and club-friendly DJ production (represented by Swedes Christian Karlsson and Pontus Winnberg, a duo best known for creating Britney Spears’s “Toxic”). The obvious point of departure is the Postal Service—which is not a bad point of departure if you want to arrive somewhere extremely lucrative—but Wyatt is hairier and more inflamed than Ben Gibbard, and Karlsson and Winnberg don’t seem particularly interested in creating genteel soundscapes that will land them on WCCO promo trailers.

Amidst a dazzling light show and astmospheric vapors generated by a smoke machine in such billowing quantity that I imagined a Scotty character toiling in the bowels of the Varsity to meet the band’s unceasing demand (“I’m sorry, Pontus, she canna take it any more!”), the band lit a fuse that eventually became a full-blown rave as it climaxed with the band’s hit song “Animal.” The audience members were clearly familiar with the material, shouting along with almost every song as though it were “Sweet Home Alabama,” and some serious jumping around was happening by the set’s midpoint. Having entered and performed the first few songs in white masks (the band tour with a live rhythm section supplementing its three core members), the musicians made a similarly mysterious exit, disappearing from the stage amidst the rollling clouds of smoke as they left the audience with a few minutes of whooping synths and thumping beats to remember them by.

Openers Delorean, a Spanish dance-rock quartet, were similarly well-received, though to my ears their melodies didn’t quite live up to their rich arrangements. 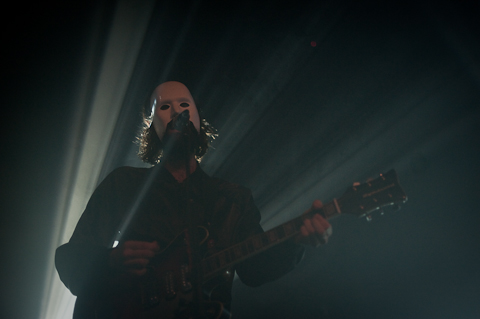 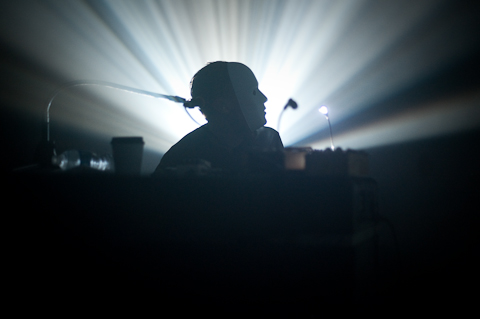 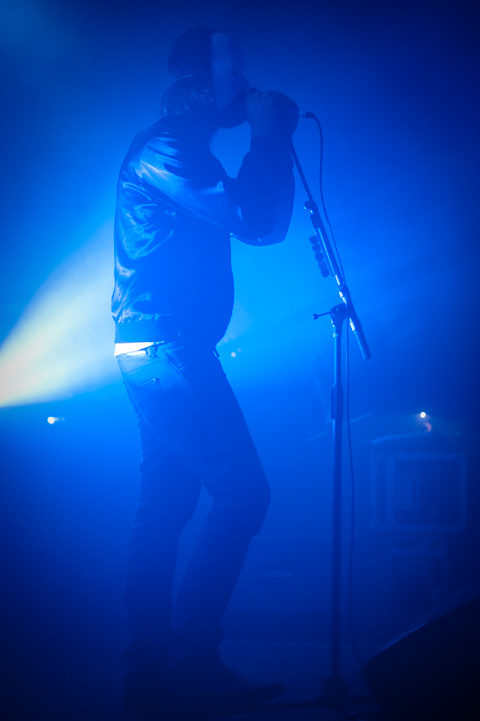 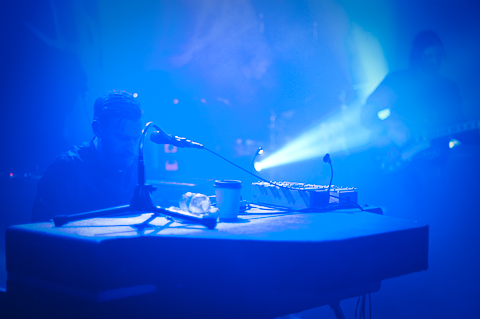 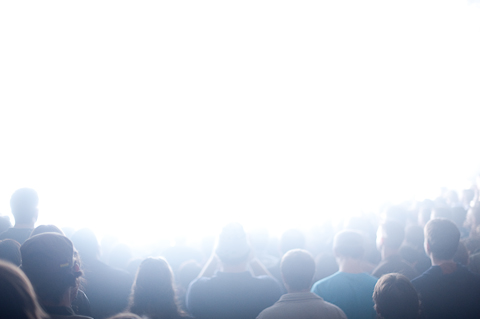 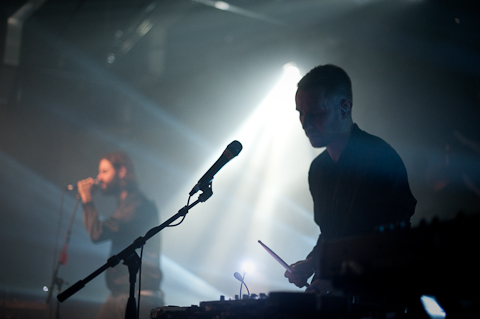 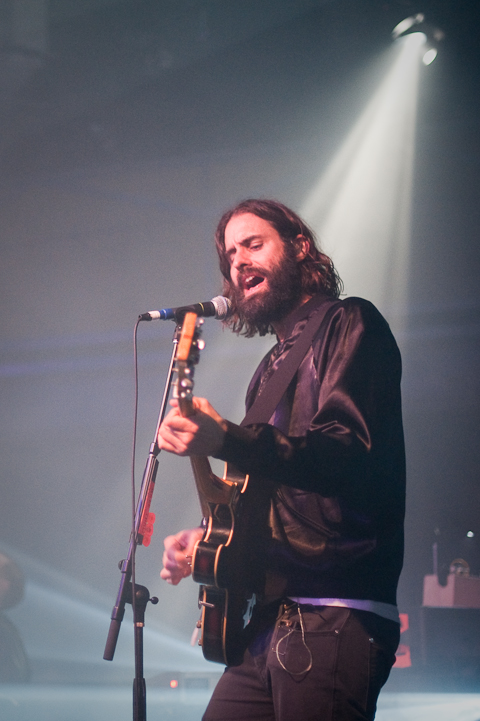 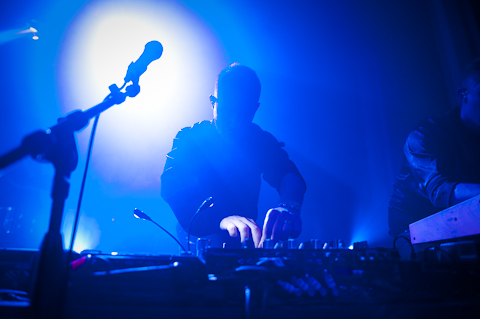 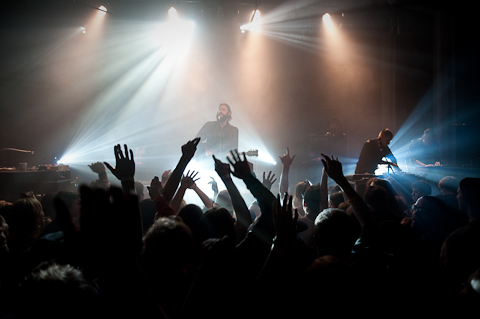 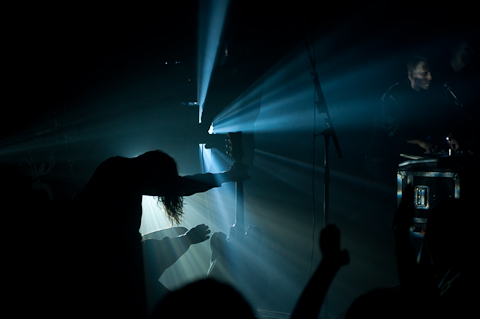 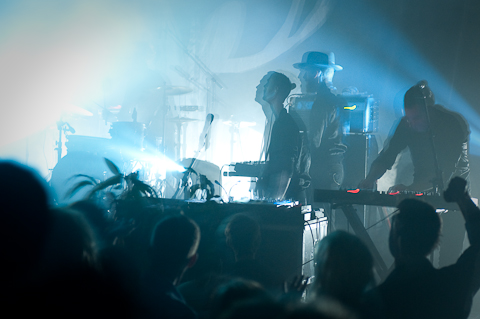 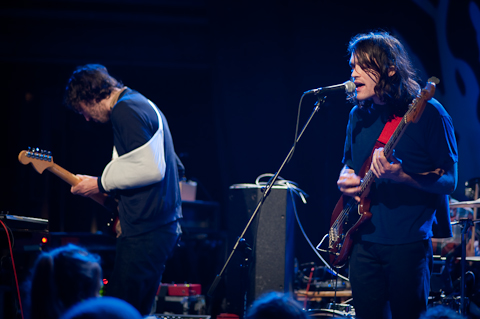 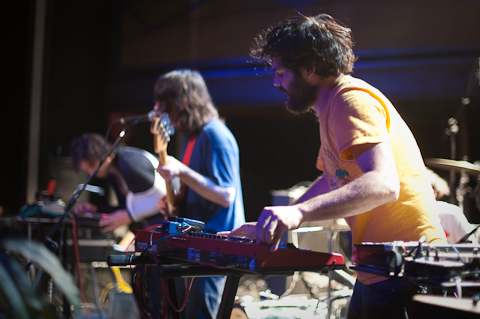 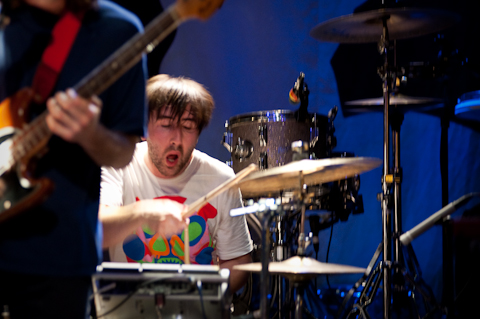