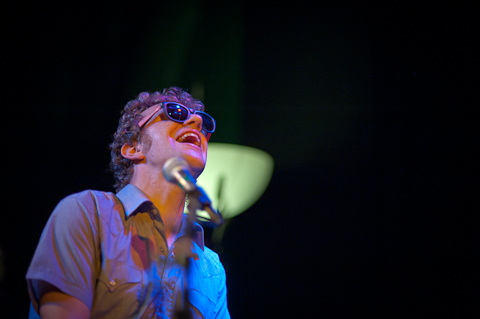 Smoke hung low amongst the packed gathering of twenty-somethings donning off-brand hoodies and hiking boots. Megafaun huddled in a semi-circle near the front of the stage as the crowd crooned at the band, “Come on ease your worried mind.” And while it sounds strange that an audience might perform for a band, the evening had subtly progressed into true collaboration between the musicians and the swaying crowd.

Though Megafaun hail from the Midwest originally, they’re now based in North Carolina. Anyone deeply versed in Bon Iver lore will tell you that in another life the band used to be called DeYarmond Edison and included yet another member: Justin Vernon, pre-For Emma, Forever Ago. Now, Megafaun blazes a new trail that’s not quite so folksy as Bon Iver, though they have collaborated with Vernon since the end of DeYarmond Edison in the Midwestern super group Gayngs.

Critics and listeners alike classify Megafaun as everything from psych-folk to indie-rock to freak folk, all of which usually mean a mellow concert for a discerning ear and tapping toe. Hailed as one of the bands to watch (or hear, rather) by various music blogs and magazines around the country, they’ve kept a musically level head throughout the years with their consistently freak-folk sound. And if you’ve listened to The Current at all in the last few months, there’s no doubt that you’ve heard Megafaun as one of the station’s new favorites with “State/Meant.”

Front man Brad Cook’s voice projected throughout the Cedar much like it does in any of Megafaun’s four albums—unassuming and genuine, without the electronic bells and whistles that some artists take advantage of to give them an edge on other musicians. Cook’s haunting voice crackled during the night’s hits including the heart-heavy and touching “Kill the Horns” off of Megafaun and the bluegrass-infused “Volunteers.”

Phil Cook, Brad’s brother, danced expertly between guitar, keyboards and banjo throughout the evening while Joe Westerlund’s drumming grounded the rest of the band in solid rhythm while they expanded on their songs. Nick Sanborn rounded out the group as their bassist on tour, delivering a performance that was both sincere and warm—not just a random musician they’d picked up for the tour, but one of their own. Speaking of their own, Megafaun highlighted opener Doug Paisley who joined them onstage with his country-folk guitar twang, and the Cooks’ father hopped up for a song and played his accordion.

Since Megafaun just released a self-titled album in mid-September, the band focused heavily on their newer songs, but threw in a bunch of old crowd favorites that kept the audience humming along. It’s worth noting that after the show, a few concert goers commented that the concert was a little too chill at times, though “Megafaun was still mega-fun” even if several of the band’s songs tread anxiously on the edge of ultra-psychadelic jam-band territory.

Without being preachy or overly exuberant, Megafaun managed to get a full house to sway and sing along to their softly lilting voices and gently picked guitar riffs. Earnest and heartfelt, the band sang together and implored the audience to join in on the quiet lullaby from their 2009 album Gather, Form & Fly. Experiencing a sing-along like that makes you realize that there’s something very special about Megafaun concerts; it’s not the fact that they’ve got enough facial hair combined to make it through winter unscathed, nor is it being able to hear the group jam on a usually three-minute song until the cows come home.

Megafaun shows their eager devotion to translating emotion through their music to an audience by breaking down the fourth wall and endearing their listeners without resorting to hokey walk-through-the-crowd moments or contrived clap-along-fests. Sure, you can clap in time, but there’s a point at which you realize that there’s no pressure at a Megafaun concert, because it’s not about what you wear or how you dance—it’s the feeling you walk away with at the end of the night that makes the ticket price more than worthwhile. 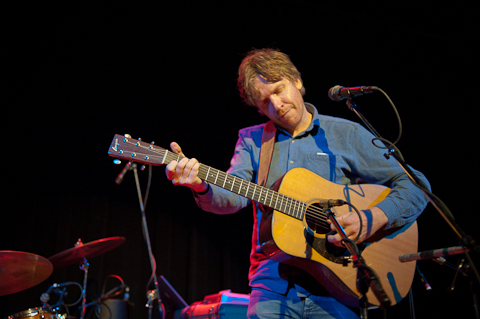 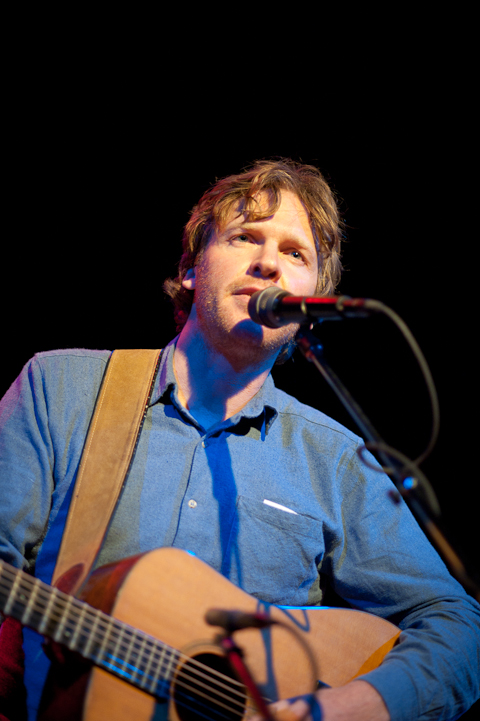 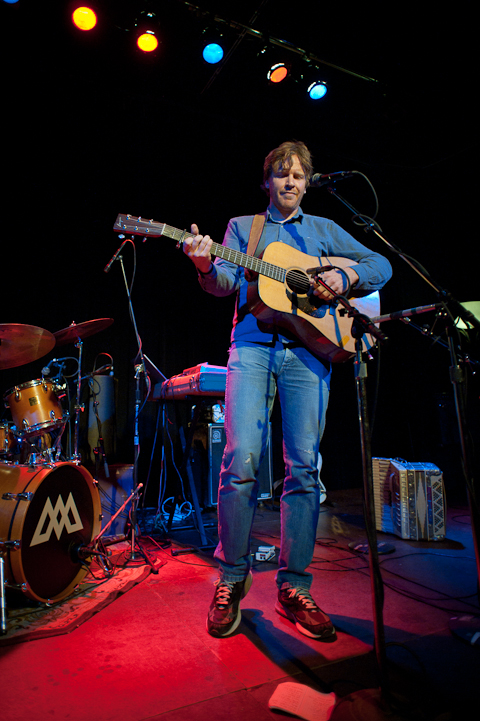 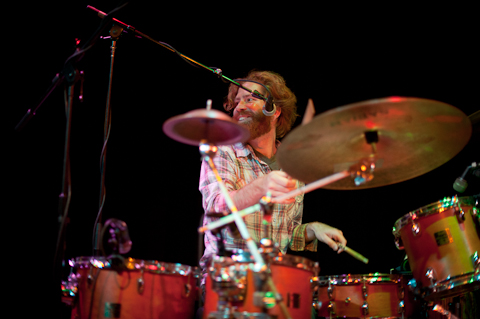 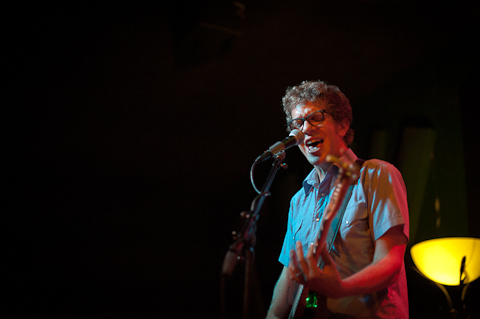 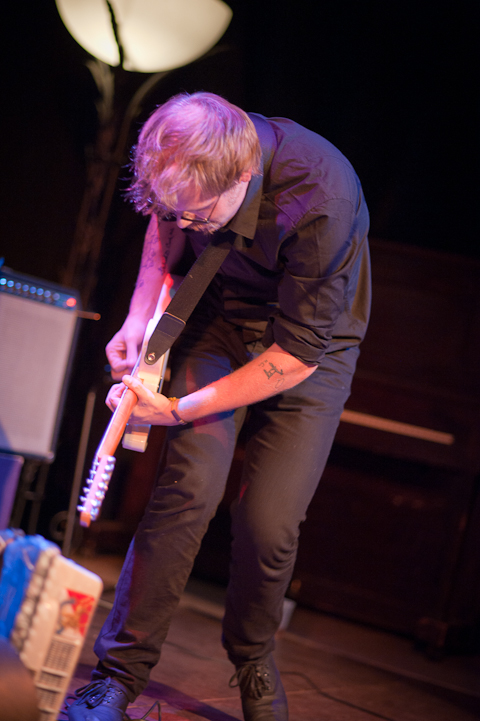 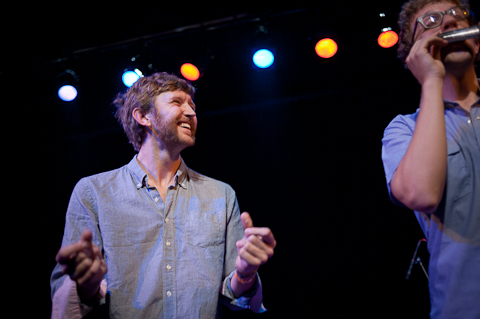 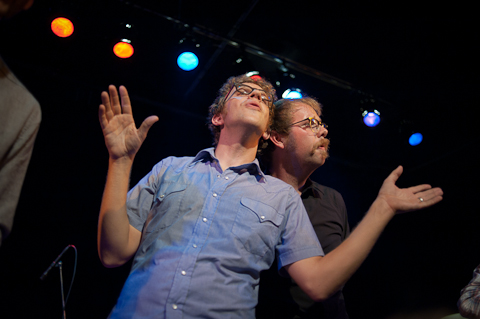 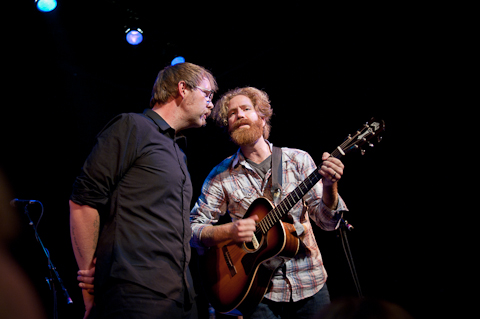 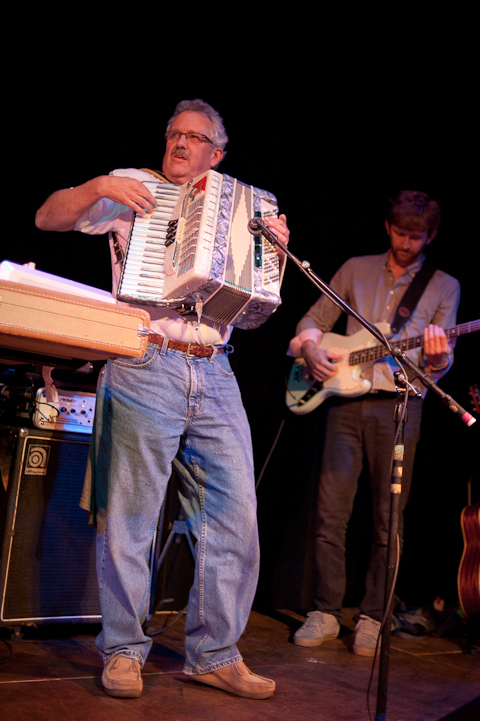 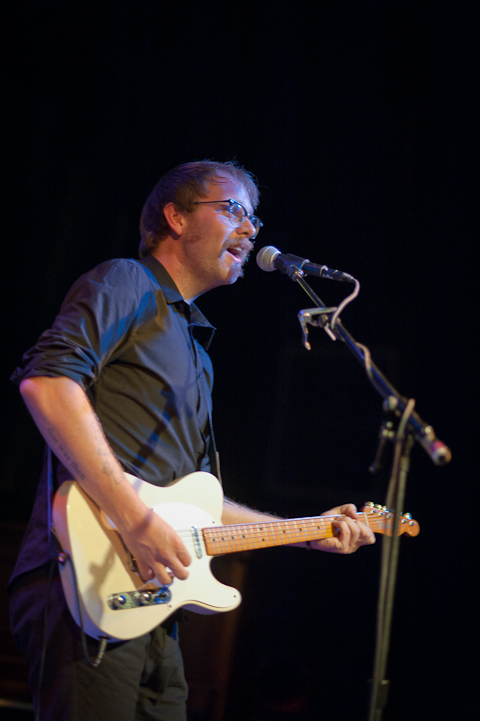 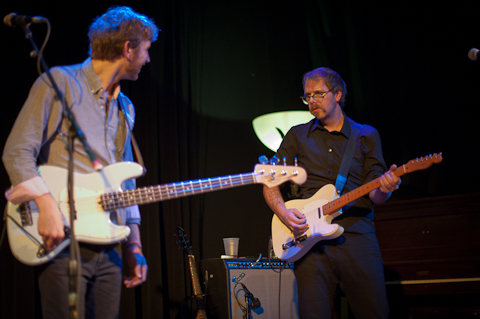 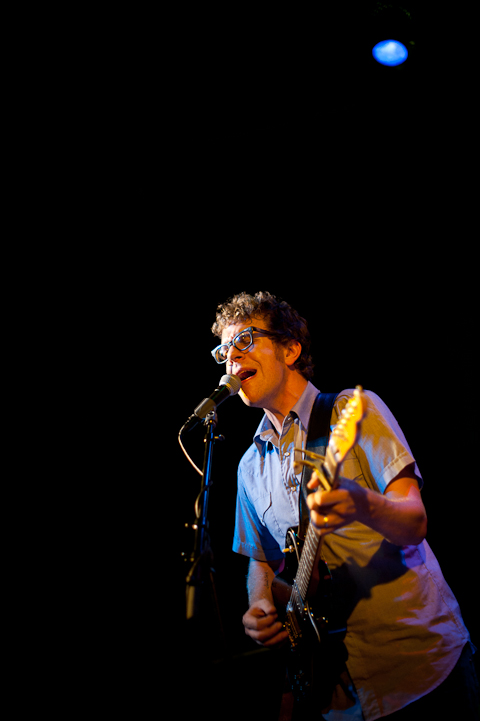 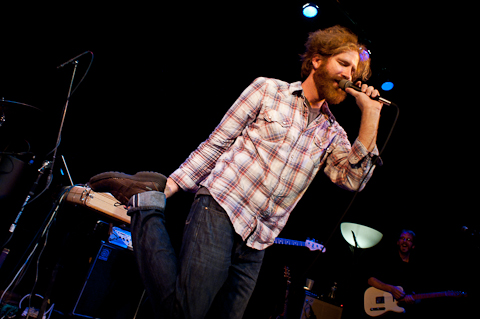 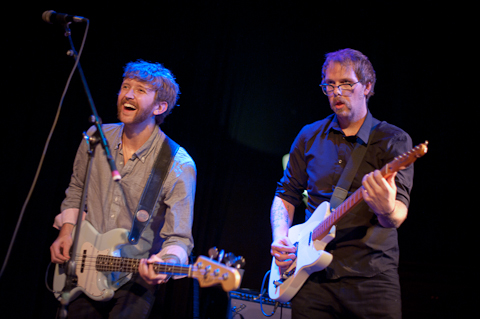 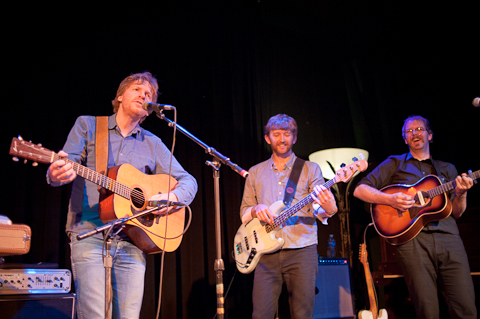 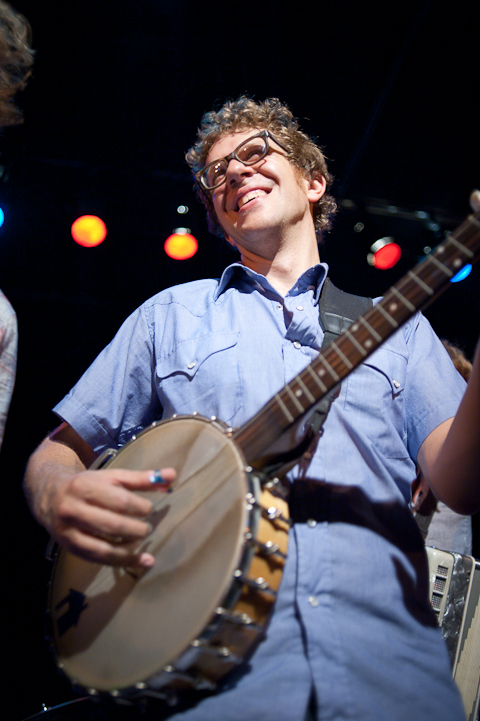