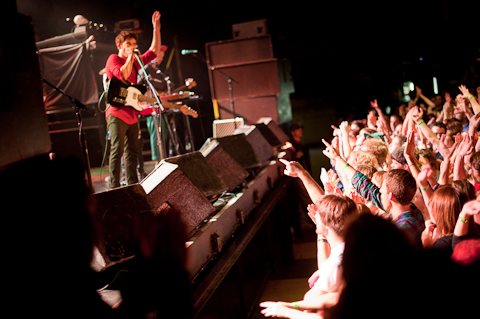 When I spoke with bass player Andy Hamm last month, he said that small sweaty clubs are probably where Local Natives belong as a new band. After Friday night’s show in the First Avenue Mainroom, I have to agree. Their music is solid and their stage presence better than most, but the elements just didn’t click as they played through the twelve songs on their debut album Gorilla Manor in a set that lasted a little over an hour.

For one thing, they were working against the memory of their stellar 400 Bar headlining show this past May. The May show was sweaty, intense, and packed to the brim. Both that show and Friday’s sold out, but the audience at the first comprised mostly energized yet respectful fans who caught onto Local Natives’ appeal early on. We didn’t much mind the 400 Bar’s technical problems and heat, because we were excited to be on the verge of summer, seeing a band on the verge of hitting it big. Fast forward to 4 1/2 months later, and Local Natives have had time to gain a larger following, many of whom seem to be kids who like to get drunk and flail around on the dance floor.

The size and prestige of the venue was working against Local Natives as well. It’s very difficult for a new band to deliver the kind of show I’ve come to expect at First Avenue. “We’re Local Natives, we’re from Los Angeles,” singer/keyboardist Kelcey Ayer offered as an unnecessary introduction after they opened with the rousing “Camera Talk” and breezy “World News.” It’s a telltale mark of a band used to playing for audiences mostly waiting to see the headlining band at summer festivals rather than their own rooms.

Most bands that come through First Avenue have at least a couple albums’ worth of material to pull from, and I like the uncertainly of not knowing what songs I’ll hear at a particular show. It was disappointing to realize the Natives were simply working their way through Gorilla Manor…no new material, no covers, no surprises. I was really hoping they would unplug and do a couple of their songs acoustic to mix things up a bit. They’re fantastic stripped down, and it might have given them a chance to let their voices drive the songs. Their vocals sounded muddled and were often overpowered by the bass, which is really a shame for a band who shines in tight harmonies.

The upside of the evening was that it did seem to be a special night for the Natives. “This is the biggest show of our entire tour—we didn’t think it would sell out,” was one of the few comments offered from stage. Guitarist/vocalist Taylor Rice was clearly stoked to be playing at the club helped made famous by Prince. “I would die for you. You’ve been an amazing audience,” he said, referencing the Prince single from Purple Rain. Rice was the only band member to maintain a sharp intensity throughout the show; the rest of the guys played it California cool (or were simply we’ve-been-on-the-road-for-about-six-months-too-long exhausted). Real passion kicked in as they came back on stage for a two-song encore, however. “Stranger Thread” got the audience into a swoony anthematic mood with its “Ooh ooh oohhhhs,” and “Sun Hands” was a fine foot-stomping end, even though it fell far short of the version at the 400 Bar. If I were to craft a list of the best crowd-rousers of 2010, that song would definitely be towards the top of the list.

The Union Line opened for Local Natives, as did the Raleigh-based Love Language. They broke the pattern of Raleigh music I was used to (the folksy, bluegrass sound of bands like Megafaun, Bowerbirds, and the Rosebuds). While they looked a lot like the Middle East (cute girl on keys, shaggy-haired boyish-looking frontman, occasional collective hollering into their mics), they oftentimes sounded like a low-fi take on ‘50s-style rock ‘n’ roll. Their drummer Jordan McLamb was the most fun to watch, and he reminded me of Phoenix’s Thomas Hedlund. It was enjoyable enough to hear, but I only really got into them as they played their single “Heart to Tell.” I wanted to hear more of that kind of thing from them, but alas it was their last song.

Despite my disappointment on Friday night, I have no plans to give up on Local Natives. Word is that they’ll start working on their new album early next year. Hopefully the opportunity to get some rest from their nonstop touring schedule and focus on writing more music will reinvigorate them and bring them back to the place they were when Gorilla Manor was first taking off. 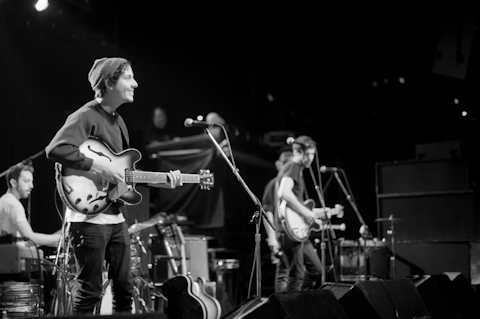 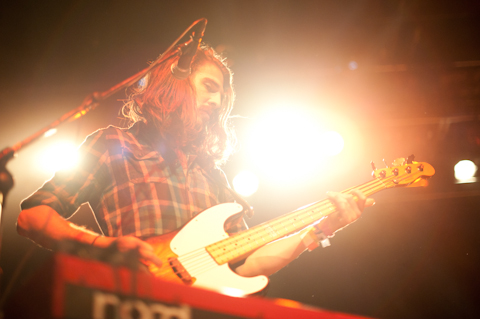 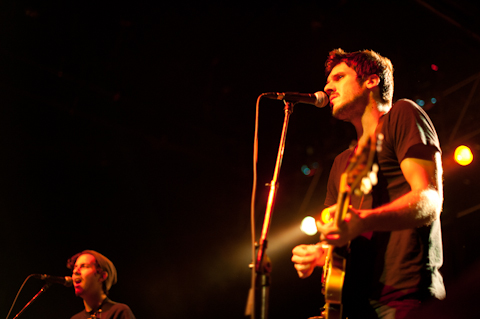 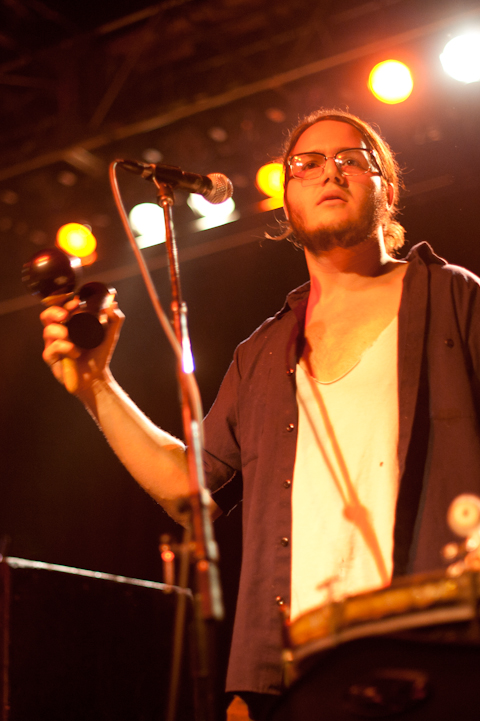 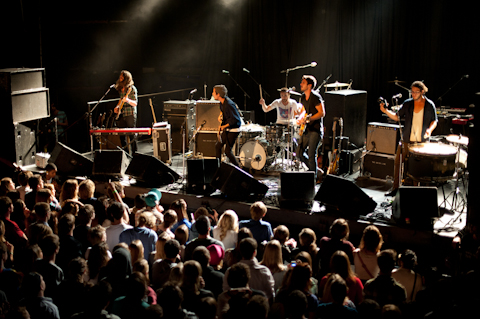 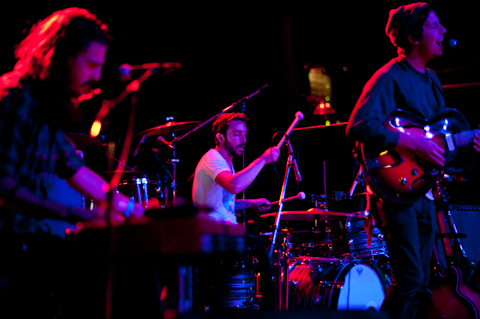 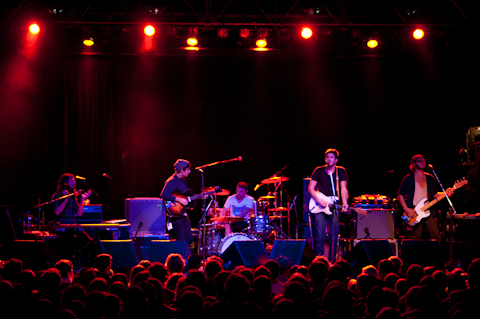 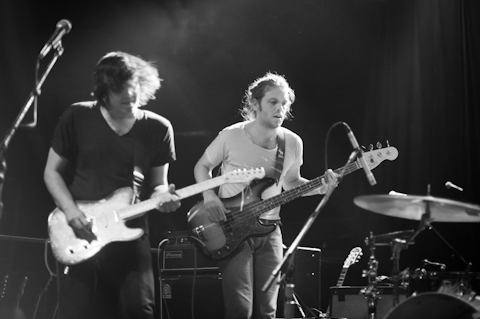 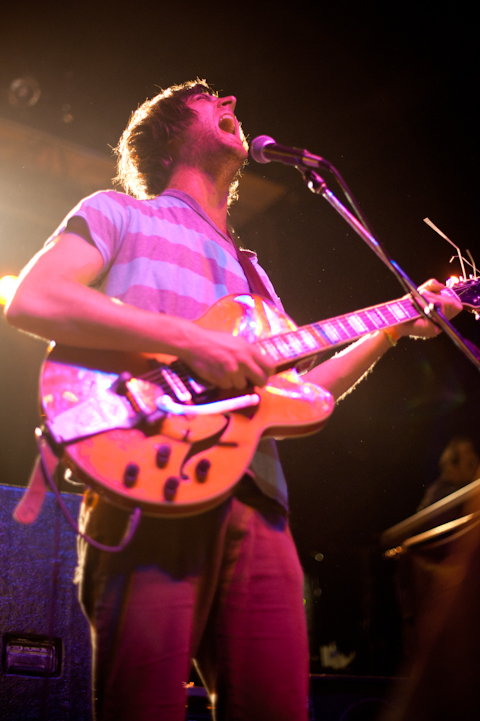 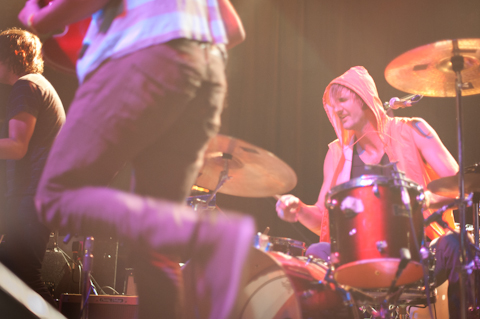 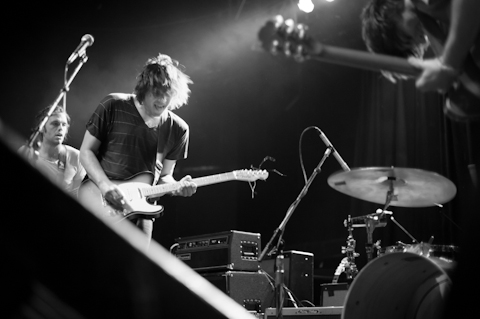 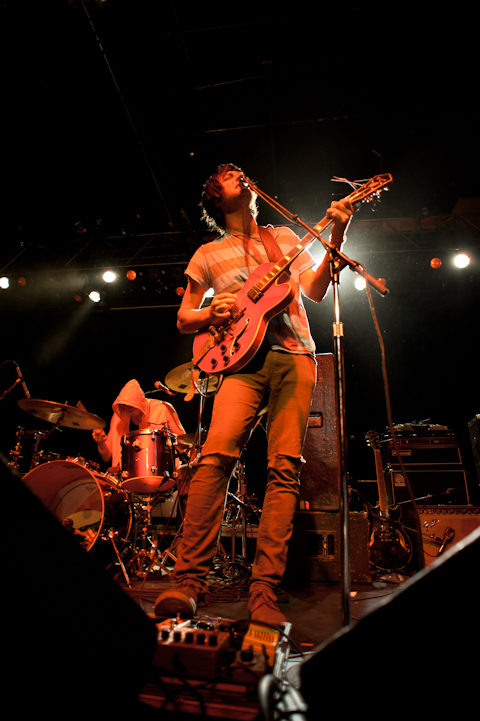 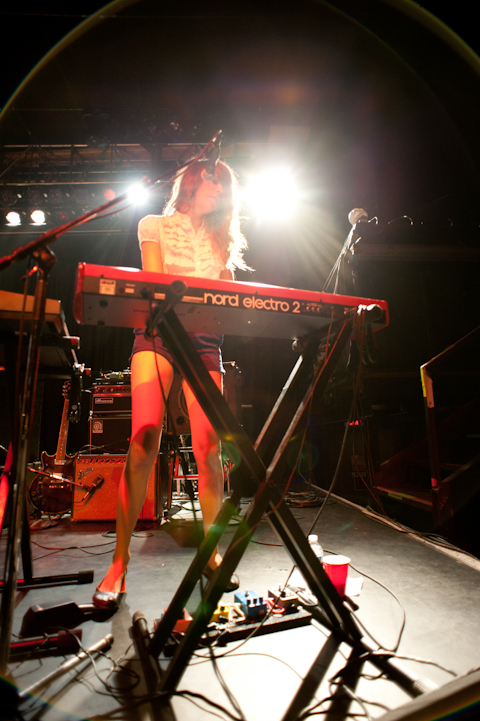 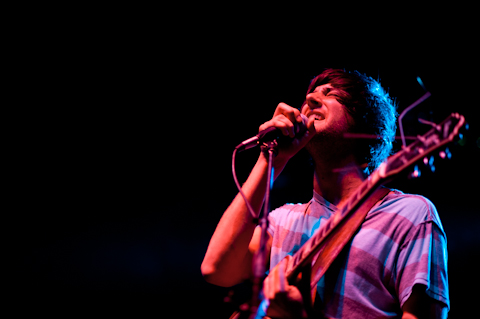 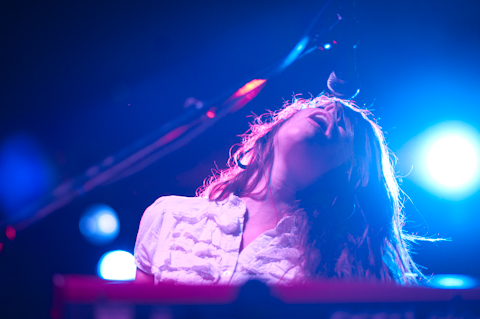 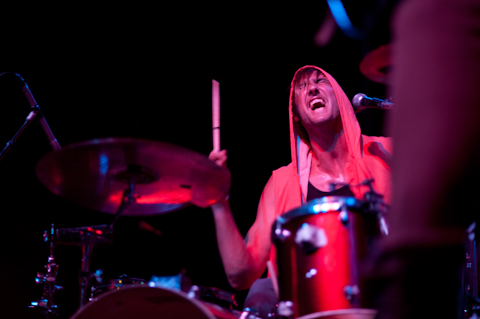 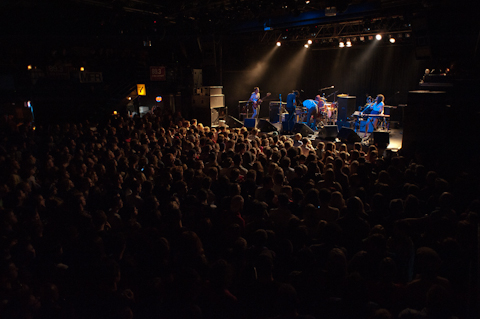 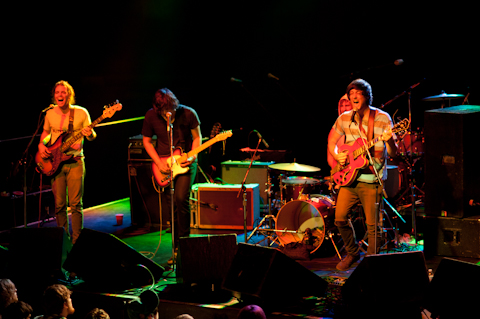 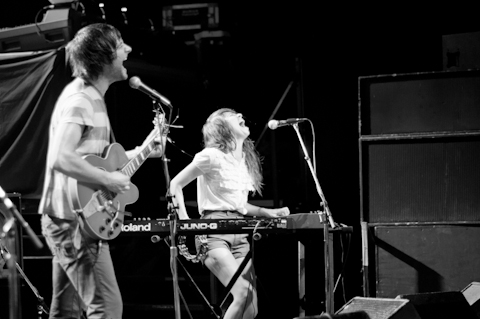 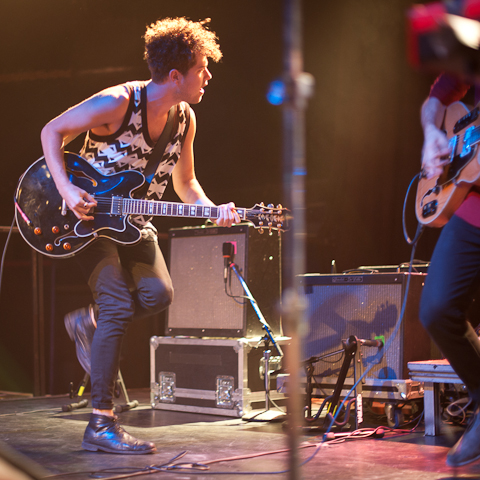 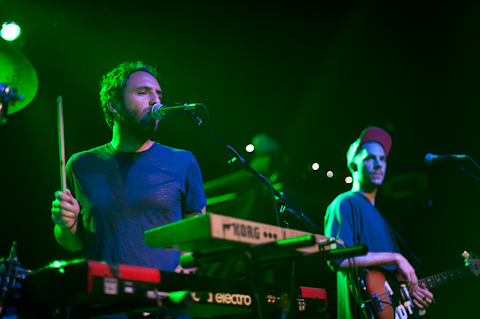 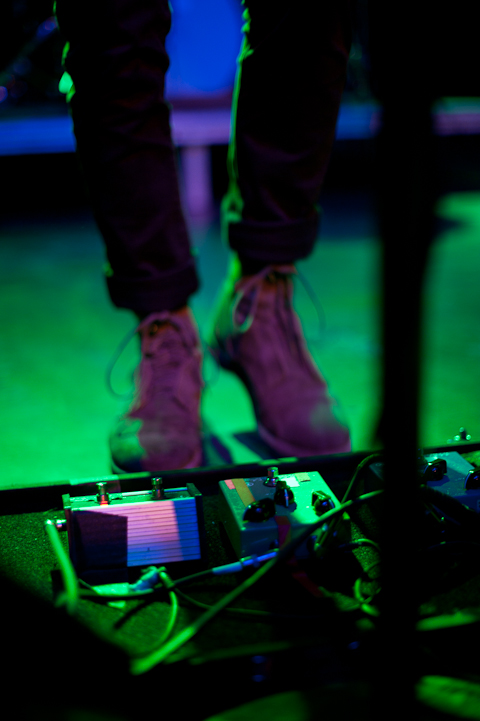 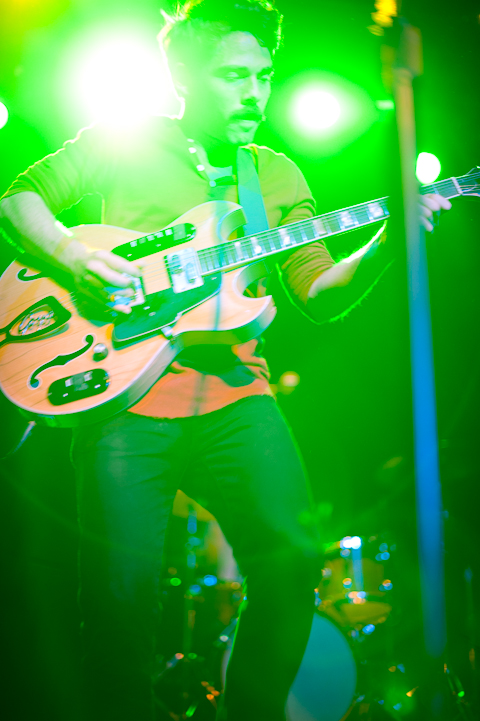 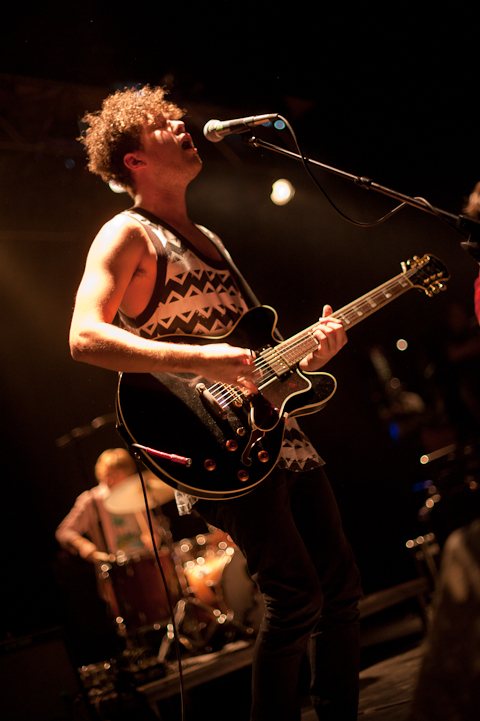 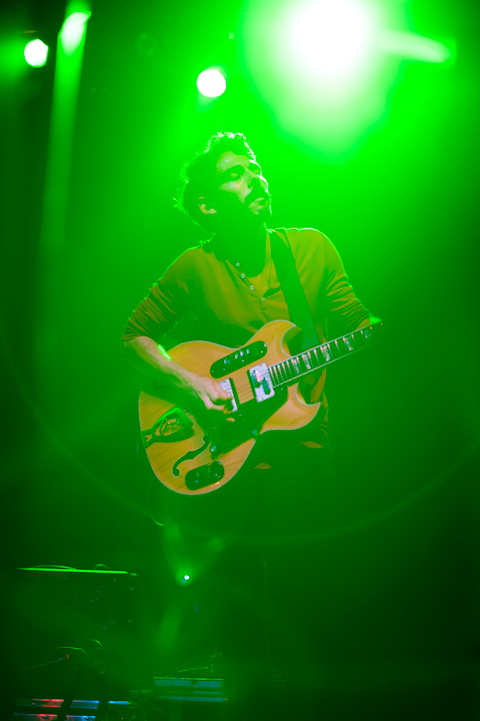 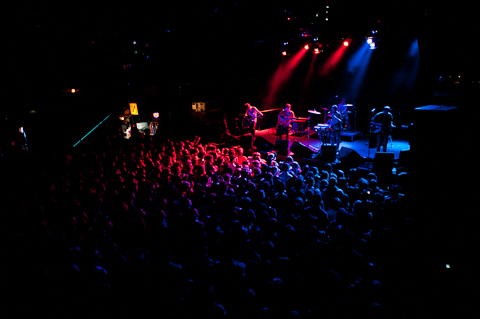 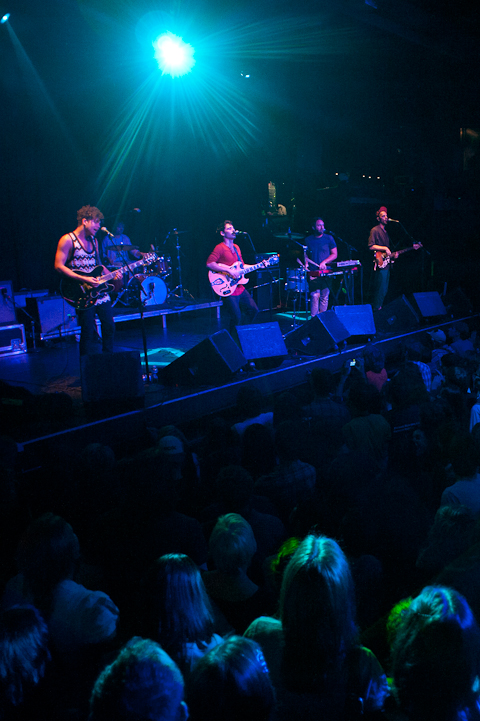