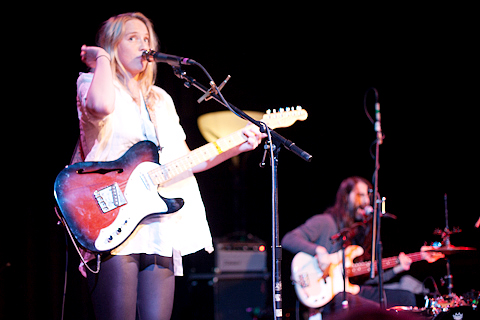 “I know it’s sort of stupid to talk about, but I’m excited!” Lissie was referring to her faux leather leggings, which, she pointed out between songs, had been in her closet for over two years. She brought them on her tour and promised herself she’d wear them at least once. “I decided tonight was the night!” She said, as cheers and shouts of “You look gorgeous!” erupted from the audience.

Lissie’s performance at the Cedar Cultural Center was a long-awaited return to Minneapolis for the scores of fans that packed the sold-out show. The last time she played in the city was over a year ago at the Triple Rock, and she had to cancel a show in October due to shredded vocal chords (this would prove to make a whole lot of sense as the night progressed). Opening for Lissie was 20-year-old Louisiana native Dylan LeBlanc, who quipped about the nasty Minnesota cold in a warm molasses drawl. One song retold stories Dylan heard while drinking with an old man in Arkansas, and channeled emotions beyond what one would expect from someone born in the 1990s.

Lissie kept things simple, performing pared-down versions of her studio songs. Guitarist Eric Sullivan (who, according to Lissie, looks exactly like MacGruber with a vest on) and bassist-and-also-holy-crap-drummer (seriously?) Lewis Keller commanded the stage with Lissie and her signature voice. It’s a sweet yet frenzied tone that precariously straddles control and chaos, toeing the line with enough precision and timeliness to really make her audience feel like kindred spirits when she sings “I didn’t know that my life could ever change, I didn’t think that anybody’d feel the same way, and then you came.” I always feel entranced by musicians like Lissie who seem to get lost in themselves when they perform, and her long-winded (her term, not mine) stories about life, school, growing up in Illinois, family, and elephants made it clear Lissie didn’t just want to perform; she wanted to hang out and have fun.

By the fourth song, “When I’m Alone,” it became clear the majority of the people in the room were hardcore Lissie fans. From then on they sang every lyric, requested songs, and stamped their feet to insist on an encore – which she happily provided, playing two old favorites: “Oh Mississippi” and a cover of Kid Cudi’s “Pursuit of Happiness.”

It’s a small body for so much rock to come out of, and she generated and maintained a sincere air of intimacy in a shoulder-to-shoulder crowded room. Of course, the applause from the audience was never louder than when she downed a shot of tequila on stage just before the final song. In a venue that closely resembles a high school gymnasium, Lissie would no doubt be your awesome friend who just kneed a guy in the stomach for being mean to you at the dance. 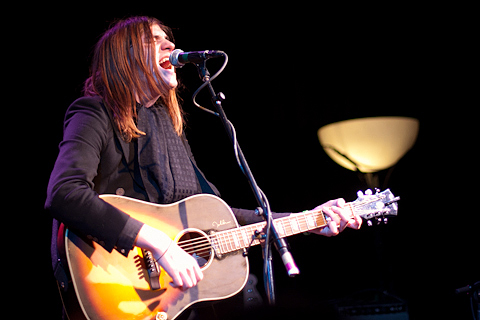 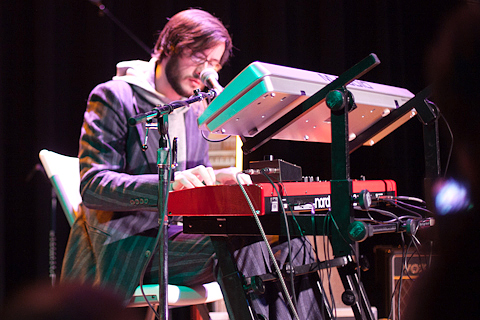 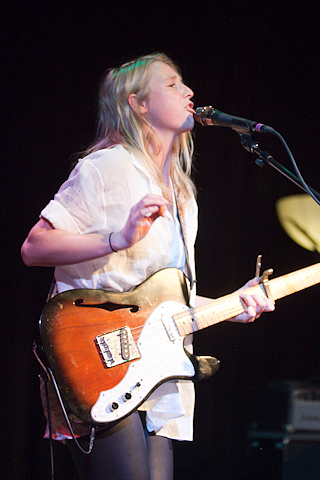 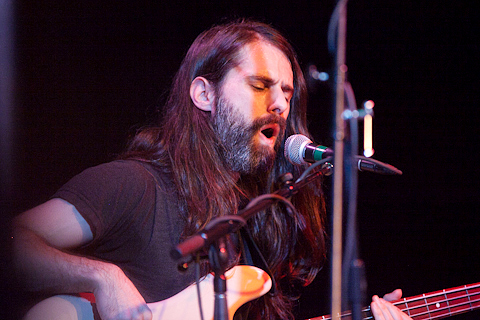 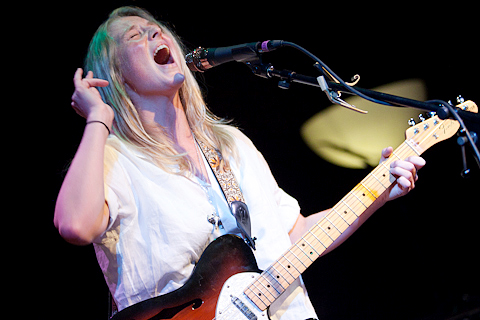 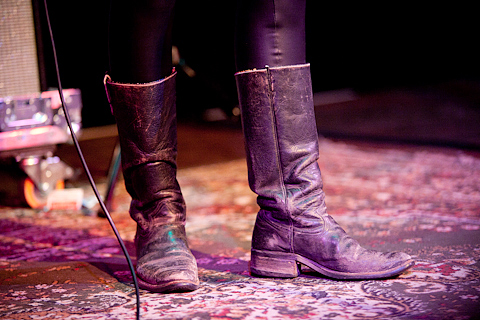 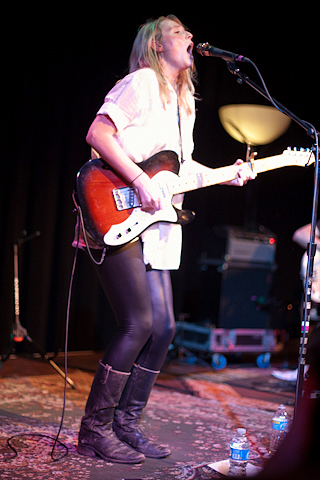 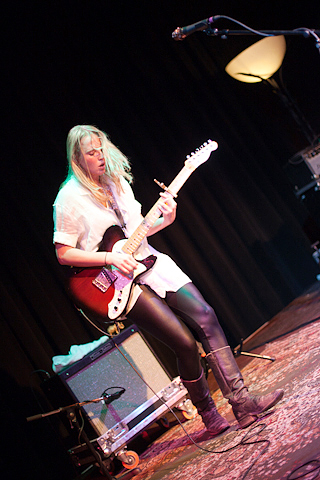 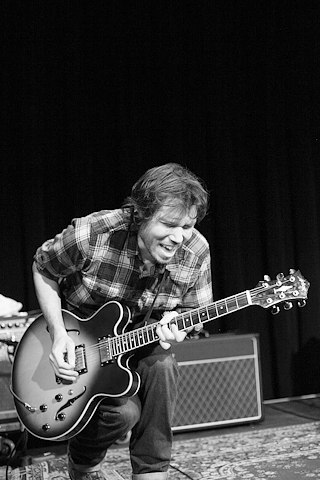 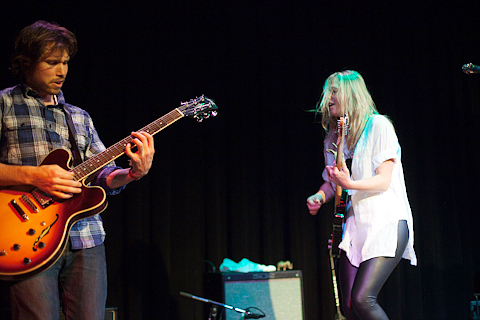 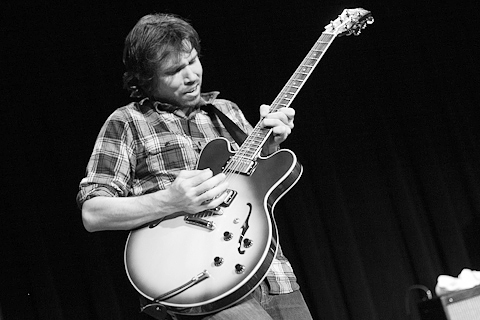 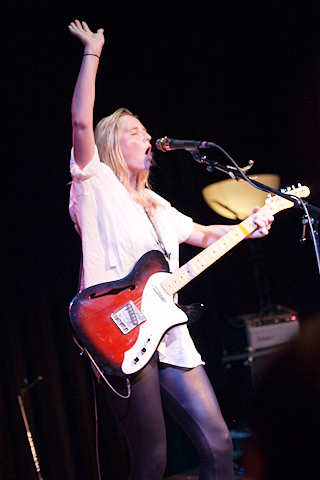 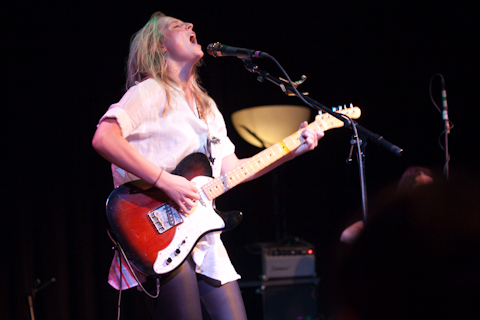 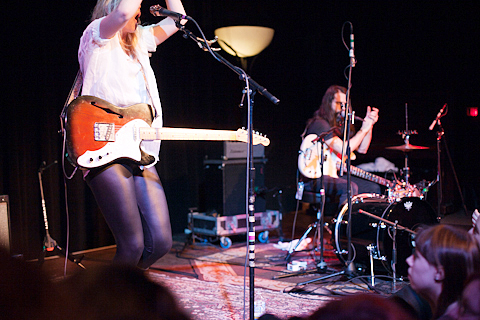 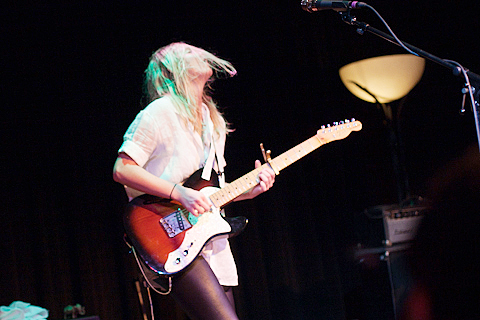 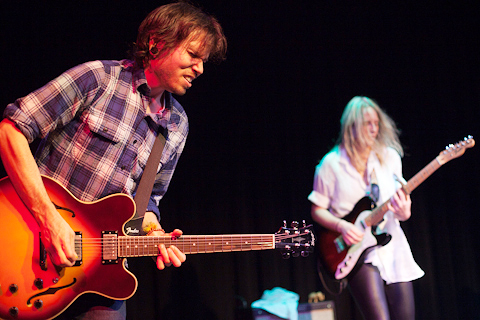 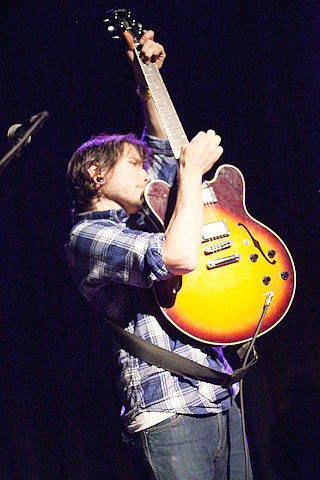 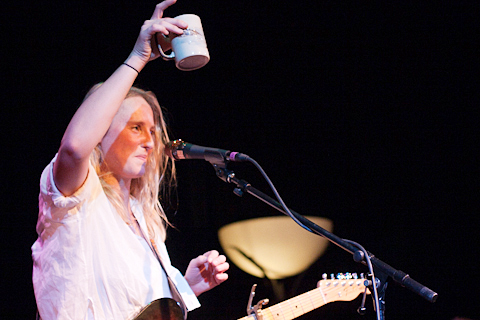