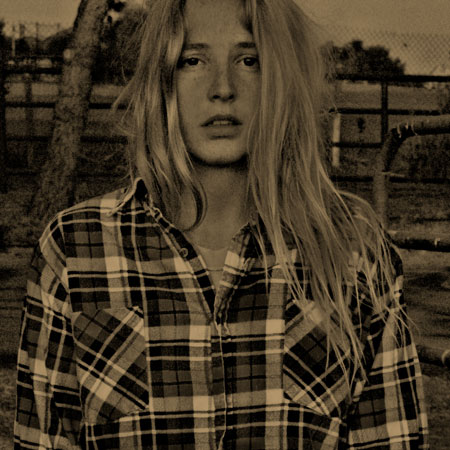 There’s a place where the indie pop to be heard on The Current meets the adult contemporary music to be heard on the Cities 97 meets the roots rock and soul to be heard on KFAI, and that place is occupied by two acts who shared a bill at the Triple Rock on Wednesday night: the Quad Cities’ Lissie and the Twin Cities’ Alison Scott. (Unfortunately I missed most of the set of amiable openers Where Astronauts Go To Hide.)

This is not a market with a shortage of piano-playing pop-soul songstresses, but Scott distinguishes herself with stage presence and a full, driving band. Her original songs are swinging and literate (if the love-song lyric I heard wasn’t, “you crept up like a bloodless coup,” it could have been), and her voice—this is a good thing—downright snarls. Dwight Hobbes, based on whose enthusiasm I’d sought Scott’s gig out, sometimes compliments performers by saying they “ain’t nothing nice.” Indeed, Scott ain’t nothing nice, especially when she stands up from behind her keyboard and sashays about the stage. Scott sometimes covers Carole King, but frankly, I was hoping for some Tina Turner. Maybe next time.

Scott was an apt choice to open for Lissie, a national up-and-comer who’s most recognizable from her oft-heard song “Little Lovin’.” Accompanied only by ace guitarist Eric Sullivan (sporting Carlos Santana’s chops and Bob Marley’s hat), bassist-kickdrummer Lewis Keller, and her own rhythm guitar, Lissie played songs from her Fat Possum debut Why You Runnin’, arranged to showcase her powerful voice. Brit Rock at the Top‘s Brody McCoy, who was at the Triple Rock, accurately described it as somewhere between Brandi Carlile and Neko Case; Lissie’s songs run toward Case’s low-and-lonesome territory, but the likes of “Little Lovin'” also made me think that there’s Sheryl-Crow-style crossover material in there, if Lissie chooses to let it out.

I wouldn’t—to my ears, the songs to build on in Lissie’s set were rootsy covers of Hank William’s “Wedding Bells” and Townes Van Zandt’s “Waiting Around to Die.” In Lissie’s less leashed moments, I also found myself wanting her to really cut loose with some melodrama in the vein of Carlile or—I’m going to say it—Bonnie Tyler. (Maybe I have a weakness for top-40 divas from the 80s, but I wasn’t the only one whose thoughts tended in that direction Wednesday night—I also overheard someone citing Taylor Dayne as a point of comparison for Scott.) Now that Lissie has her foot in the door, I’d say it’s time for her to loosen the hinges.