Before experiencing very sudden success as a pop star, Kate Nash was a theater kid—and it shows in her live performances. When she played First Avenue in 2008, supporting her debut record Made of Bricks, she was charmingly awkward, seeming almost surprised at the huge crowd. There was less awkwardness when she returned on Wednesday night with a three-piece rock band, and less hesitation: Nash knew exactly what she wanted, and she did her damnedest to get it.

The most memorable moment occurred before Nash played the song “I Hate Seagulls,” from her newly released second album My Best Friend Is You. She didn’t judge it to be quiet enough for her to play the song, and she asked the crowd to please quiet down. Then she asked us again. By that point, the large majority of people in the club were quiet—but it’s a big venue, and some people back by the bars were still talking. Nash pointed out that some people back by the bars were still talking. She called them out and she asked them to stop talking. She asked the people around them to ask them to stop talking. She talked about how much she hated it when people at gigs just stood by the bar and talked; she made a wagging-mouth gesture with her hand to illustrate her point. And she waited. She pointed yet again to the bars in back, where some people were still talking. By this point, minutes had passed. Finally, she began the song.

At other points, she asked people to dance. She talked with her band and worked out arrangements right on stage. Multiple times, she directed lighting cues. (“It’s not dark enough. Make it dark in the audience. Darker. Now make it darker on stage. Just a little light on me.”) She told us that at an earlier show on the tour, someone had crowdsurfed—crucially, it was at her request. That, she said, made her happy. In fact, she said, “it was the best night of my life.”

Was she maybe kidding about that, just a little? Yep, she was…and maybe you’re not really her best friend either. The concluding song—which Nash told everyone was the concluding song, but they didn’t seem to believe her until the screen dropped—was “Model Behaviour,” an unreleased rave-up with the chorus “You don’t have to suck dick to succeed.” Nash also performed the song at First Ave in 2008, and that time she jumped around the stage like she was jumping on her bed. In 2010, she strutted across the stage confidently and when she got to the line, “Do you want to touch it?”, she came to the front of the stage and extended her finger—coming nowhere near the many fingers extended to her from the crowd.

Many of the attendees (at $5 a ticket, the show was an easy sellout) were disappointed by the show—when the lights rose, the young women standing in front of me looked like they’d been slapped in the face. In 2008, the stage set featured Nash’s name in pink neon; in 2010, it was a single black sheet draped over her keyboard reading a cunt is a useful thing to have. The conscious abrasiveness of that slogan was representative of the show, which Nash clearly intended to challenge the audience. My Best Friend is a rich and accessible album, with a complex but lucid sound influenced by the pop and garage rock of the 1960s and 70s—but the songs from the album, which constituted nearly Nash’s entire set on Wednesday night, were made to be thrumming and forceful, largely abandoning the album’s layered production. 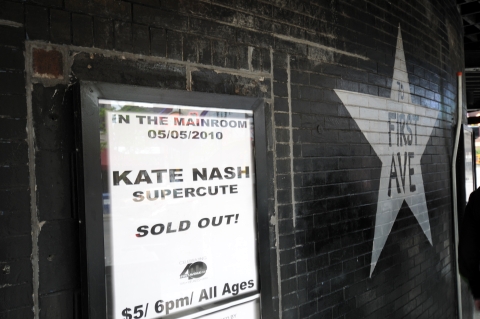 Punk rock is a clear point of departure for Nash’s new live show—she wore a black leather jacket with exaggerated eyeliner, and has been namechecking Joan Jett—but it’s not the punk rock of the Ramones or the Replacements. Nash simply cares too much. She has vast reservoirs of passion, but it’s directed inward; her model is the incantatory, poetic punk of Patti Smith. Smith also inspired Natalie Merchant, an artist whose mix of seething emotion, unapologetic intellectualism, and pop smarts closely matches Nash’s. I thoroughly enjoyed Nash’s set on Wednesday night—but as someone who writes about theater more than music, my tastes in entertainment may not match those of the typical First Ave patron.

At any rate, a case could be made that the night really belonged not to Nash but to openers Supercute! The teen trio’s leader Rachel Trachtenburg told me that touring with Kate Nash is their “dream opening slot,” and they’re definitely making the most of it. The girls made their own sparkly costumes and their own merchandise (sold dutifully by Trachtenburg’s mom Tina), they played an energetic set featuring a number performed while hula-hooping, gave one another celebratory hugs, ran over to the merch table to greet fans, huddled in the photo pit for the opening of Nash’s set before running backstage to visibly dance around and blow bubble-gum bubbles, ran back out onstage to serve as lip-synching backup dancers while Nash played her hit “Foundations,” and at the conclusion of Nash’s set—wait for it—they stood at the club doors hand-selling their hand-painted CDs.

I have a feeling that one day we’ll live in a world where Trachtenburg is president and her bandmates are vice-president and secretary of state; we’ll have world peace, we’ll pay off the national debt, and every man, woman, and child in the country will have a job, a house, a sequined jumpsuit, and a kitten. Super cute. 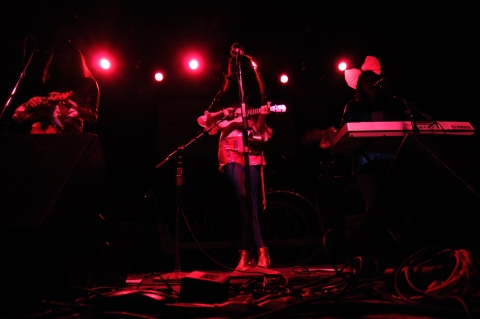 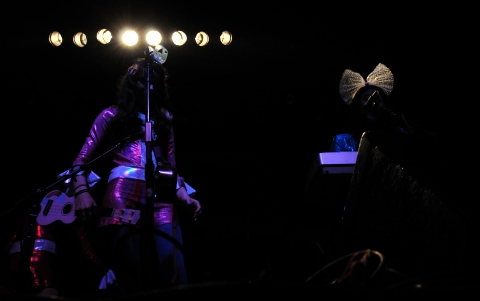 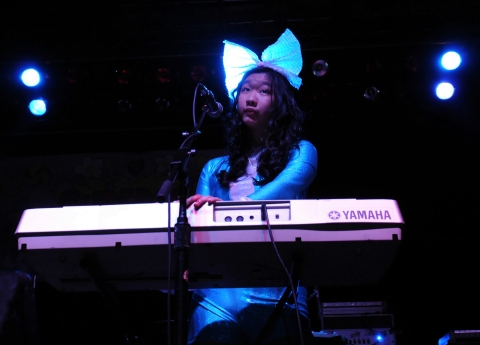 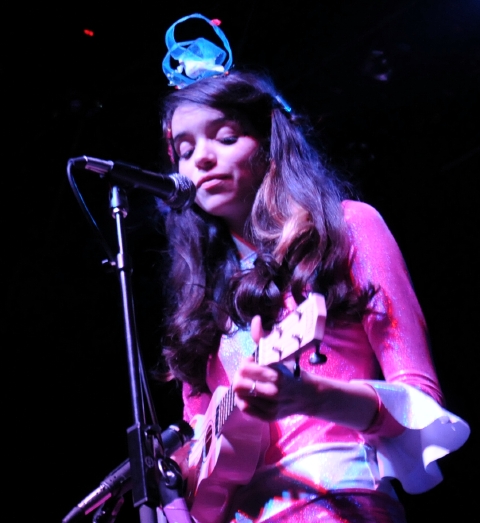 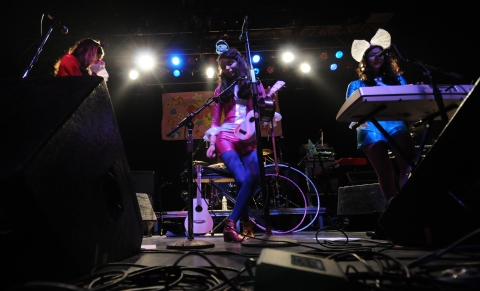 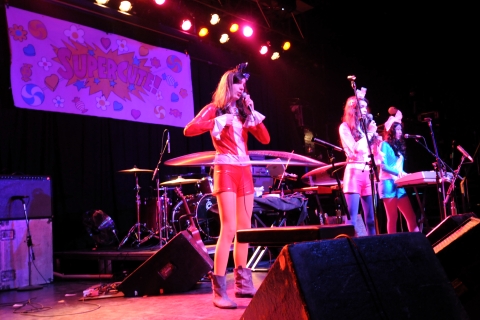 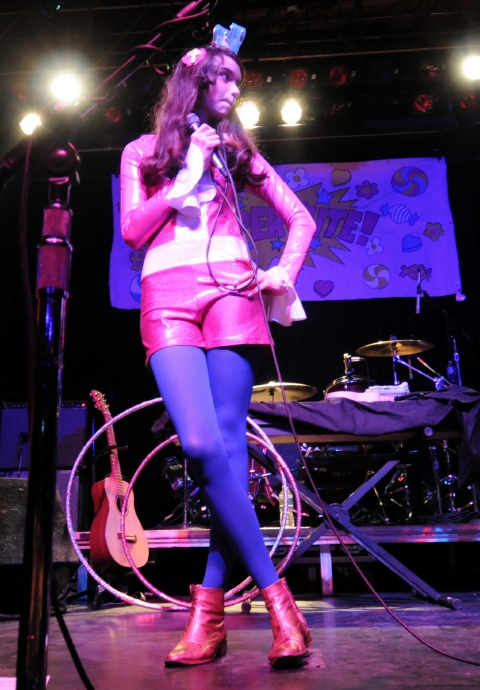 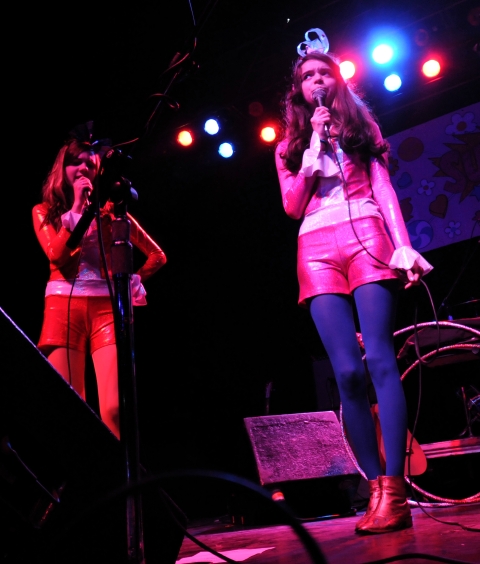 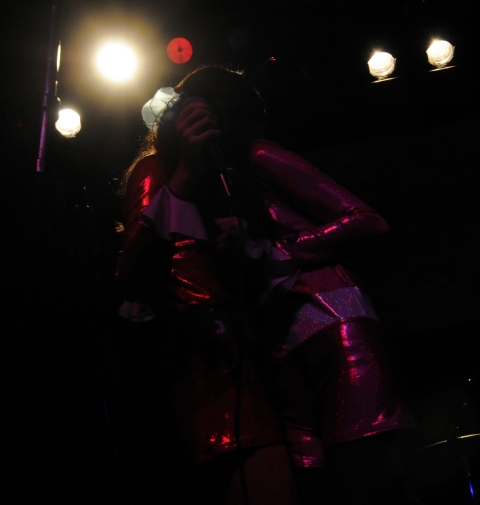 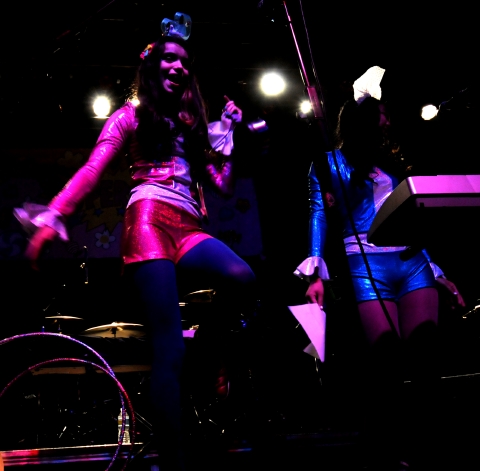 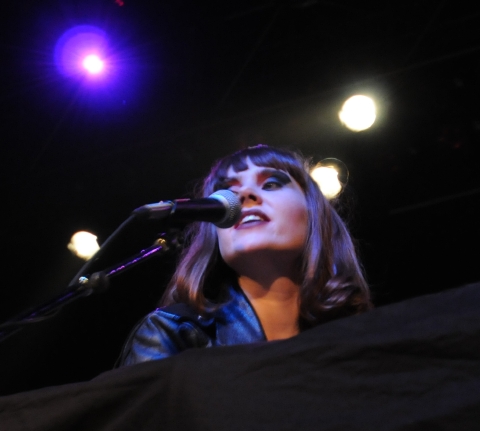 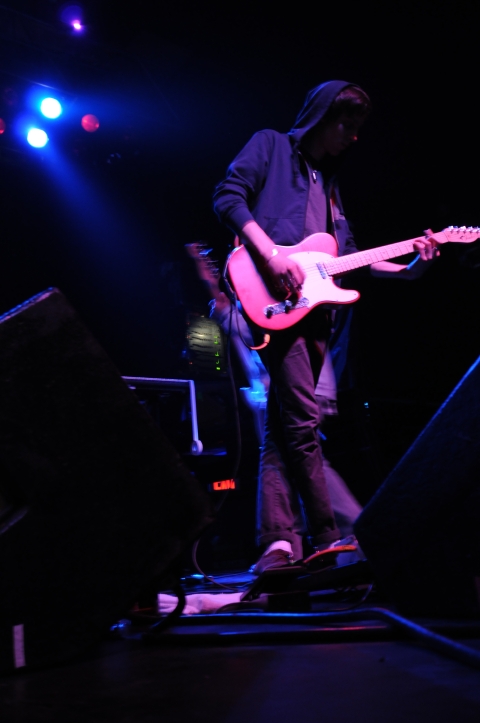 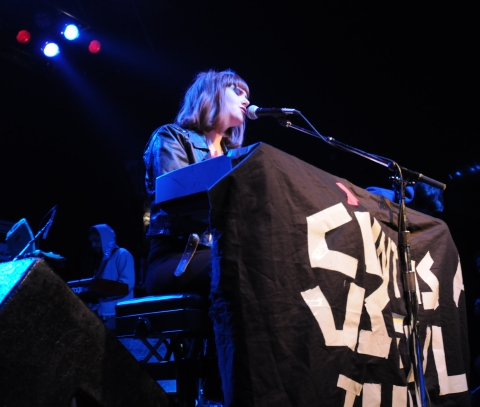 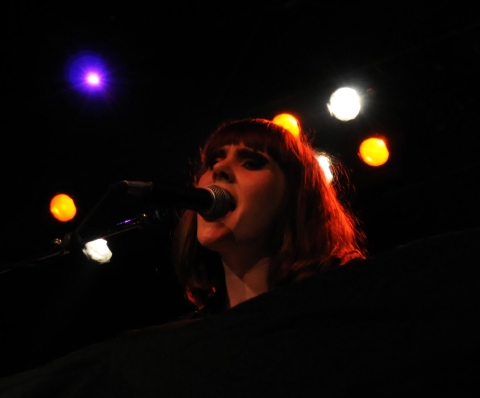 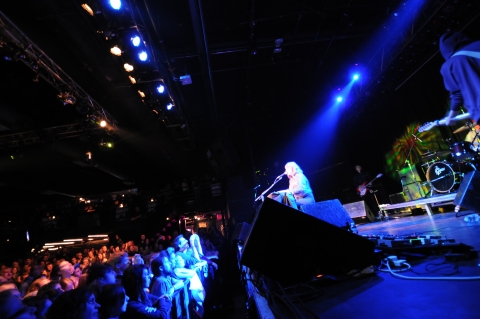 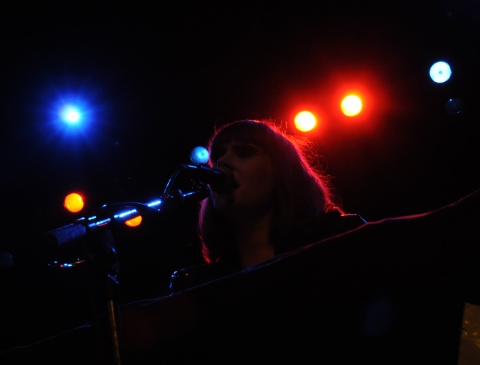 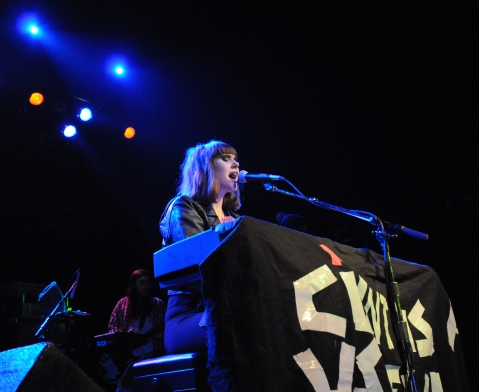 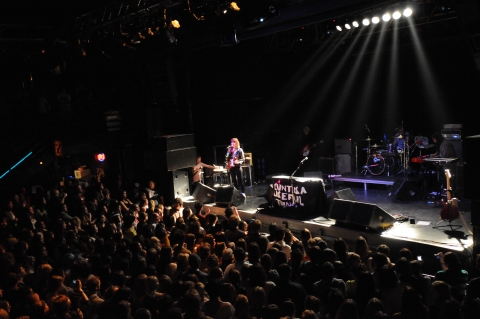 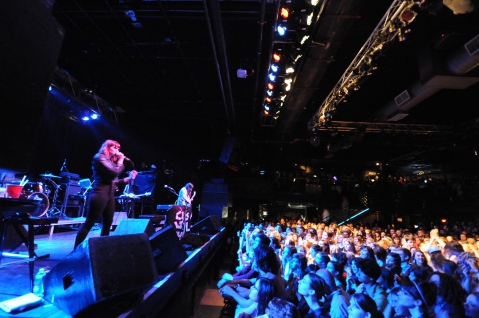 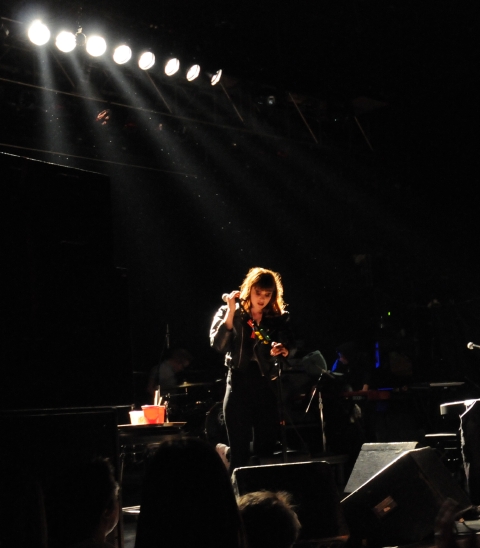