I met Jake BadNraD on the set of Freaky Deeky, an MTN show to which he often provides the live musical accompaniment. There, he sits inconspicuously behind his keyboard while outrageous shenanigans of every description unfold around him. I wasn’t sure exactly what his Friday midnight show at the 7th Street Entry would be like, but I wasn’t surprised to learn that he brought some outrageous shenanigans with him—and the raucous crowd provided even more.

It was a relatively young crowd—the black Xs designating clubgoers under 21 were to be seen on many hands—but even when people say “I just don’t have the energy I had when I was younger,” they probably don’t mean this kind of energy. The venue was about half full, and after a fun and sweaty opening set by New Orleans party people Jean-Eric that I unfortunately caught only the end of, the crowd started chanting for BadNraD to take the stage. When BadNraD fired up his laptop and strapped on a keytar, the audience pressed forward and threw their arms wildly in the air.

Mixing tracks, playing guitar, and singing with his trademark heavy vocorder effect, the artist—who turned 26 just the next day—worked his way through songs from his new self-titled album (sample song titles: “Zombie Bitchez,” “Dimension S.E.X.”) while a bevy of dancers worked the crowd in rave-worthy garb like pink skirts, camouflage suits, and a dinosaur costume. By the end of the set, they’d mimed their way through a human pageant including sex, death, betrayal, redemption, and road work. Visuals were provided by the Time Squid, who mixed, remixed, and re-remixed images captured in a video booth.

At the set’s conclusion, BadNraD abandoned the mic and cued up a recording of his new summer jam, “Bad Girl.” (“The first time I heard this song I made fun of it,” local music buff Ben Clark tweeted last month, “but now I can’t start my day without it.”) Audience members had already swarmed the stage, and they danced and sang as BadNraD started to pack up his equipment, inconspicuous once again. 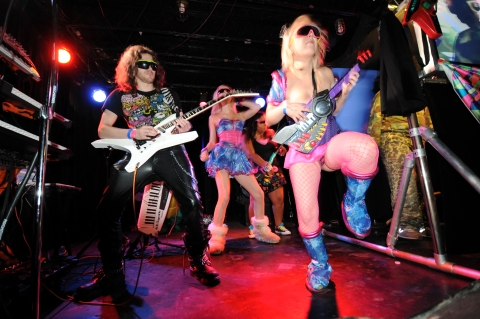 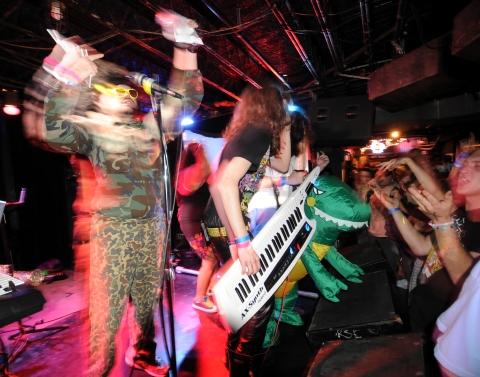 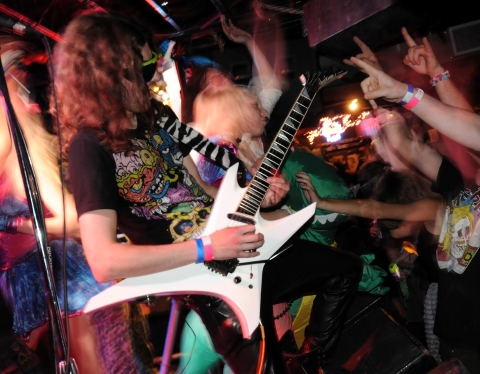 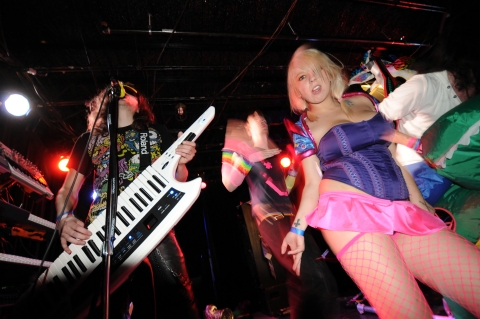 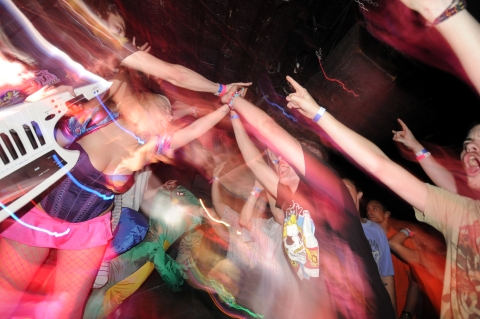 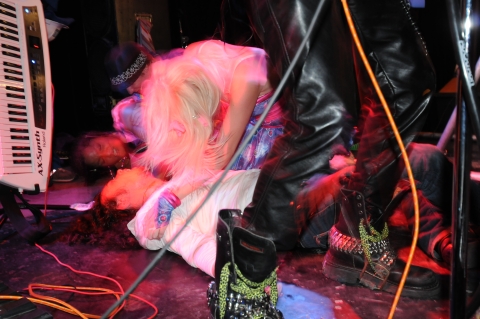 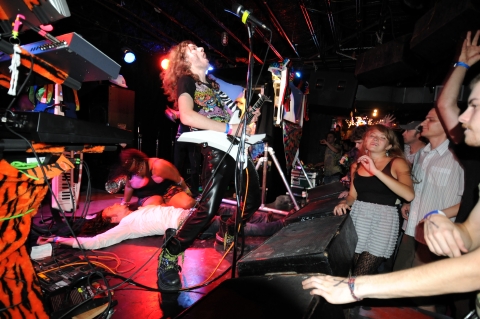 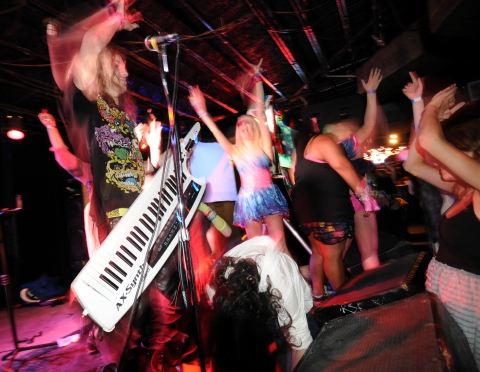 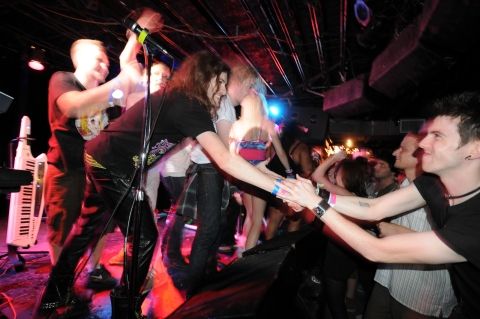 See more photos from this show at the Daily Planet’s Facebook page.