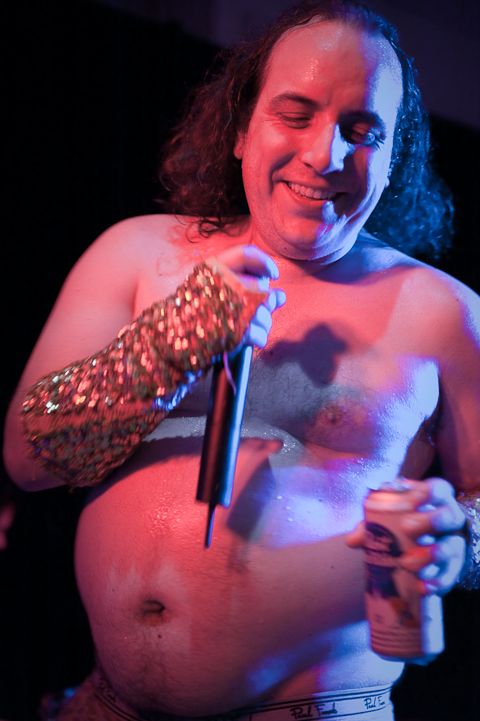 “Har Mar Superstar—the Twin Cities’ most unlikely sex symbol! Love it!” (@peterberge)
“Serious dry-humping next to me.” (@steveskavnak)
“It smells like the YMCA up in here.” (@letoilemagazine)
“I bet I got more sweat on me than you did.” (@pinstrype)
“I took a picture tonight that shows a little too much of Har Mar Superstar’s nutsack.” (@formica_dinette)

If the Weisman Art Museum’s first foray into rock and roll was a little staid, Saturday night’s performance by Har Mar Superstar broke that mold like a coffee table under Matt Foley. Even Rock the Garden seemed buttoned-down compared to the sweaty mess Har Mar made of the Weisman’s riverfront gallery as he and a three-piece band ran through a randy set of songs about sex, beer, sex, girls, and sex. When the crowd cleared out, it left a sticky residue with empty tallboys strewn across the floor.

Even in the state that produced the Trashmen and Lipps, Inc., Har Mar’s success story is about as odd as they get. “Har Mar Superstar” is just one of the many musical personalities of Marshall, Minnesota native Sean Tillman. After performing in Calvin Krime and Sean Na Na, Tillman introduced Har Mar as a dancing, singing, rapping, stripping, roly-poly, balding superfreak. The music is catchy (Tillman has also written songs for artists including Jennifer Lopez and the Cheetah Girls), but it’s Har Mar’s live shows that have won him international fame and have attracted celebrity admirers from Eva Mendes to Perez Hilton to the Red Hot Chili Peppers.

Thanking the Weisman multiple times during his set, Har Mar clearly knew he was in a museum, but didn’t act like it. Stripping down to his briefs, singing his way through the crowd (and stopping to peruse the snack table), dancing on the sound table, and grabbing his crotch, he burned through hits like “Cut Me Up” and “Tallboy,” a song he recorded himself after Britney Spears took a pass. Not one to play coy, he invited the entire crowd to an afterparty and mentioned offhandedly, “If you were thinking about fucking me, that’s totally possible.” Looking at a trio of enthusiastic young women in the front row, he added, “I’m just gonna need to see some ID.” 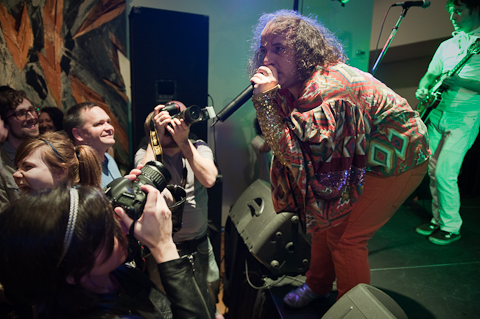 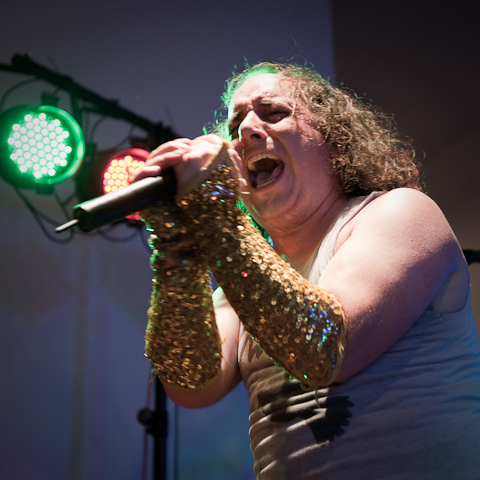 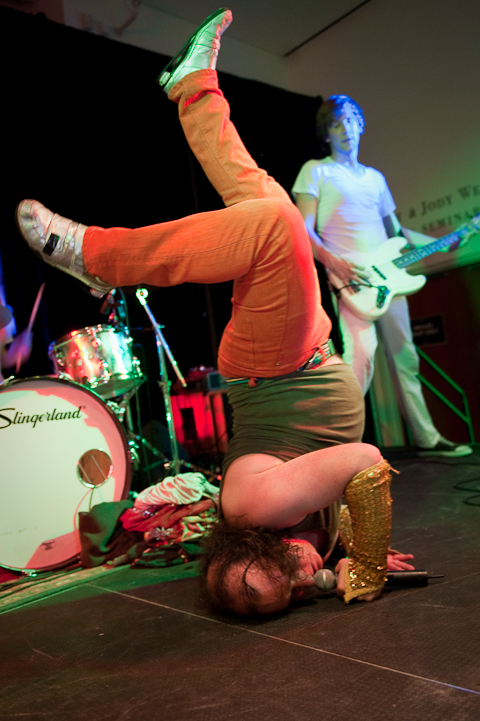 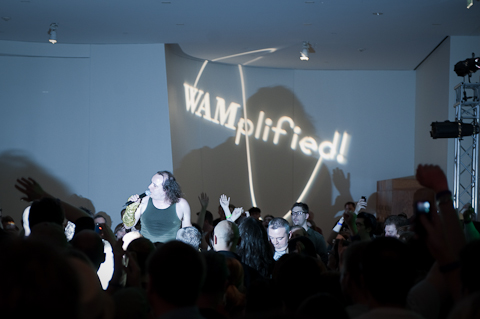 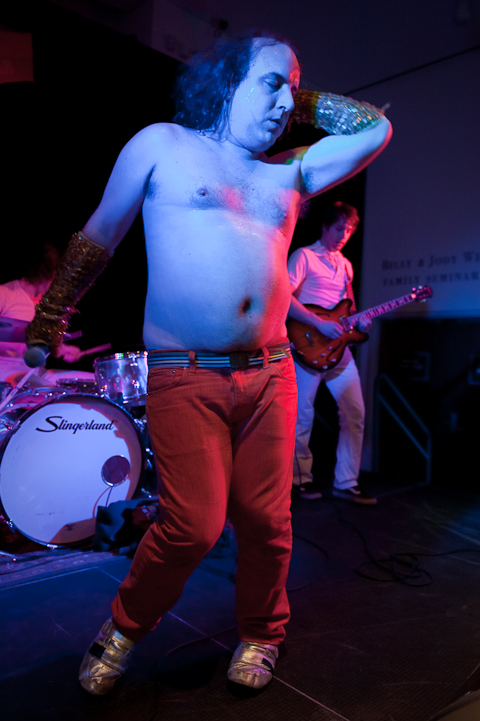 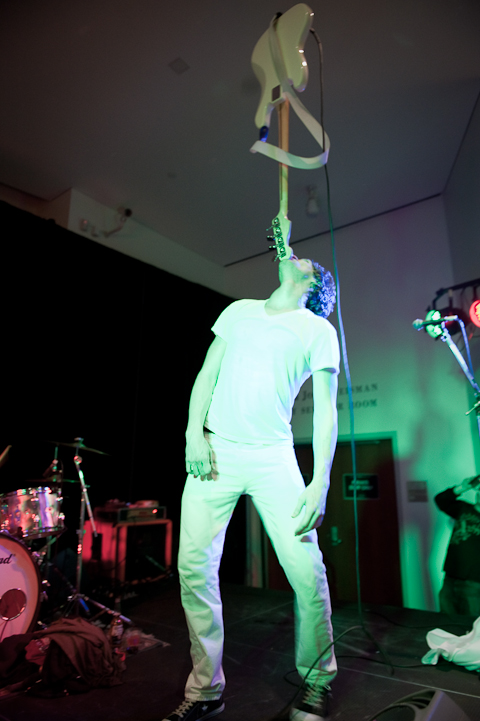 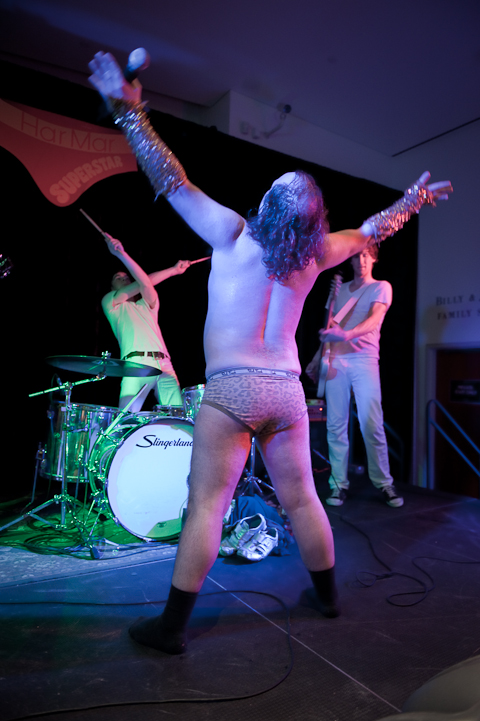 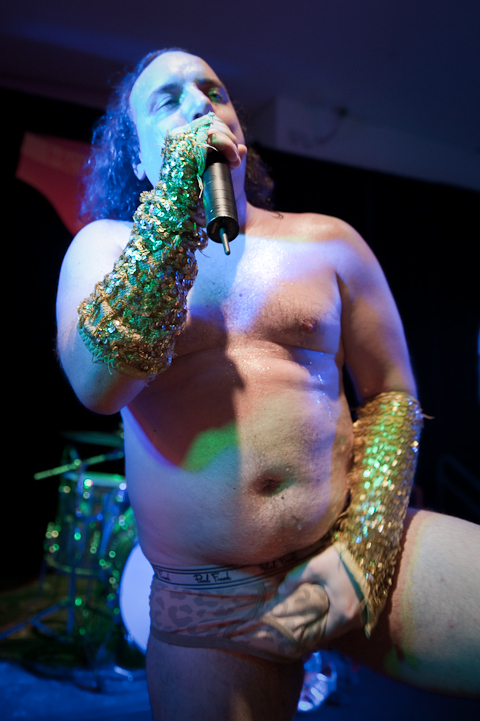 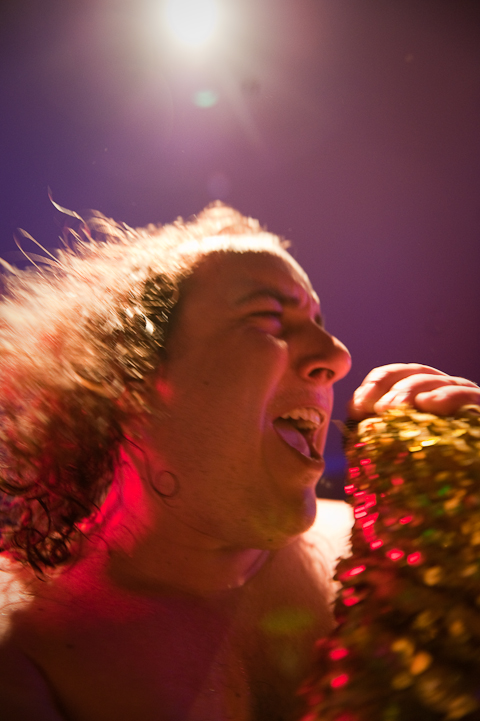